Not even a compelling central performance from Ruth Wilson is enough to save Clio Barnard’s rustic, social-realist melodrama, Dark River, from being the first major cinematic upset of the 2018 calendar. Having made such a huge impact with her first two films – bracing docu-hybrid, The Arbor, and her acutely poetic follow-up feature, The Selfish […] 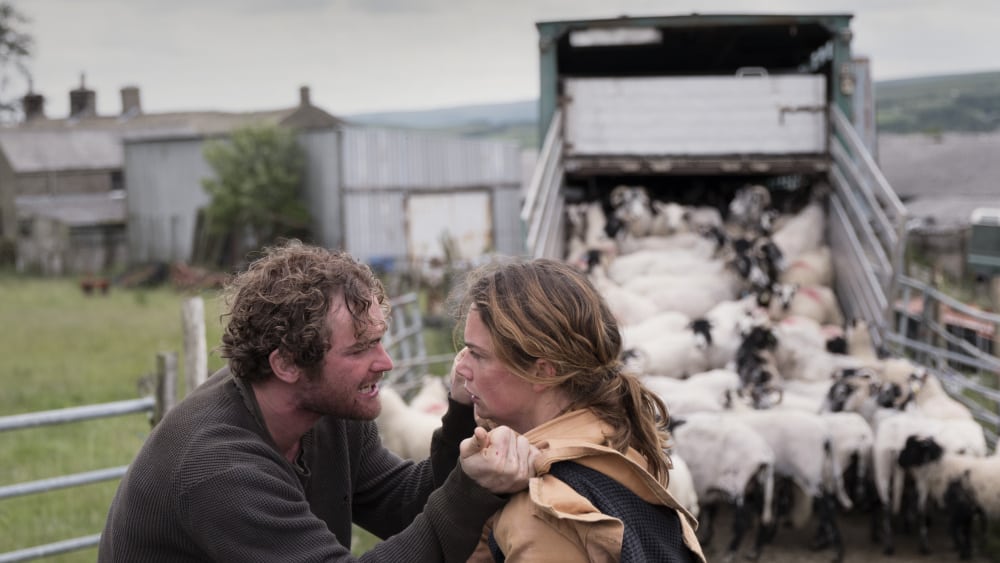 Not even a compelling central performance from Ruth Wilson is enough to save Clio Barnard’s rustic, social-realist melodrama, Dark River, from being the first major cinematic upset of the 2018 calendar.

Having made such a huge impact with her first two films – bracing docu-hybrid, The Arbor, and her acutely poetic follow-up feature, The Selfish Giant – Barnard has now turned her attention away from the inner-city existence, and instead settled her focus on the Britain’s pastoral hinterland; following in the footsteps of Hope Dickson Leach and Francis Lee, who both rightfully garnered great praise last year for their respective depictions of the contemporary British countryside in The Levelling and God’s Own Country.

Like those films, Dark River concerns a farming family besieged by the pressures of trying to maintain a living in a land seemingly uninterested in preserving its agricultural heritage. Returning to her family home in Northern Yorkshire following the death of her father (Sean Bean), Alice (Wilson) arrives intending to claim the tenancy to the family farm that she believes she’s owed as a consequence of her father having abused her when she was young. However, having discovered that her brother Joe (Mark Stanley), embittered at having been abandoned by his sister and forced to take care of their father by himself, has let the land fall into grave disrepair, a feud soon erupts between the two siblings, with Joe seemingly having his own motives for wanting to make a counter-claim to the tenancy.

Wilson plays Alice with a commanding fortitude, but she’s undermined severely by Barnard’s script, which disingenuously insists that the character internalise much of her emotional upheaval so as not to disrupt the machinations within the narrative. Instead what we’re offered is a broadly insincere examination of childhood abuse, shot through with conventionally gruff rural representations, starkly emotive musical cues, and atmospherically blunt photography. It’s a film that desperately wants you to feel something, anything, as gleaned most prominently in its dour reliance on flashbacks to fill in the backstory, and a third act that’s so theatrically extravagant it borders on genre parody. But all it does is leave you hollow, with nothing to do except stare impassively into the gloomy void.