Liam Neeson may have blighted his career with the admittance of his “rape revenge” anecdote and in truth, it does sour the viewing of Cold Pursuit, a film with a plot built near solely on revenge… The Norwegian Hans Peter Moland directs ‘Cold Pursuit’, remaking his own 2014 film In Order of Disappearance. Cold Pursuit […] 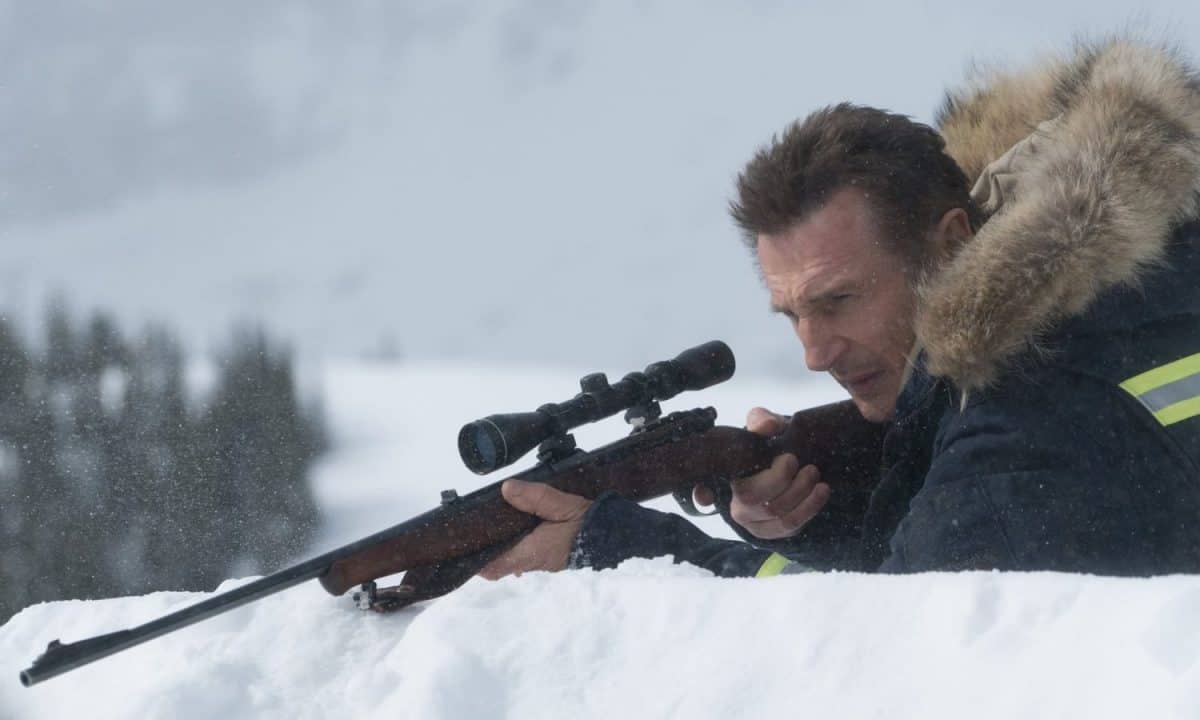 Liam Neeson may have blighted his career with the admittance of his “rape revenge”
anecdote and in truth, it does sour the viewing of Cold Pursuit, a film with a plot built
near solely on revenge…

The Norwegian Hans Peter Moland directs ‘Cold Pursuit’, remaking his own 2014
film In Order of Disappearance. Cold Pursuit follows Neeson’s, Nels Coxman, a
snowplow driver and upstanding member of the remote community living in Kehoe,
Colorado. Tragedy strikes the Coxman family when Nels’ twenty-something son is
murdered by a group of thugs working for a local drug lord, “Viking” (Tom Bateman).
Following the murder Nels is scant on details but armed with a hunch and fire in his
stomach goes on the hunt for the mysterious, Viking.

The film’s tone is similar to the Coen Brother snowbound black comedy Fargo and
also contains a couple of Tarrantino-esque blood splatters, but it is a sub-par version
of the heights those masters can hit. As Neeson kills off various goons called things
like “Speedo”, “Limbo” and “Santa”, Moland cuts to a screen with the deceased’s
name and nickname and a small cross. The gimmick starts off sombre with the death
of Neeson’s son but Moland attempts to make it playful and knowing with the sense
that the director is saying, “Look how fun this is!” but it becomes tiresome as the
body count racks up, and you end up caring less and less about the plight of
Coxman and the supporting characters.

As the action descends into chaos with plot strands tugged left, right and centre, the
central misunderstandings overwhelm to the detriment of character development.
We know very little of Nels at the beginning of the film and even less of his wife,
played briefly by Laura Dern, whom leaves Nels in the wake of their son’s death in
the film’s opening salvo. A big-name such as Dern deserves more shrift from the
script which paints her as nothing more than “the wife”. As the film judders forward,
we learn very little about the internal thoughts and motivations of Nels too. Frankly,
at times the film is as cold and detached as the barren landscape it takes place in.
The film wants to be playful, funny, and ironic but due to its simple and forthright
direction, ends up being a sombre and slightly joyless action film with a lead
performance that is icy and uninteresting.

Nels in the end, doesn’t end up doing much of the killing, the chaos he has already
caused engulfs the situation and he watches on as the plot and his situation eats
itself. Neeson does an okay job in a film that is uneven and lacking bite. If this turns
out to be Neeson’s last outing (I doubt this to be honest) and it is a very flat note to
end on.