Bird Box, Netflix’s new apocalyptic thriller, jumps between two timelines in an uncompromisingly dark narrative. Based on the 2014 novel by Josh Malerman, this adaption is stacked with talent and the premise seemed like a sure winner: it’s set around a mysterious force that compels people to commit suicide once they see it. The film […] 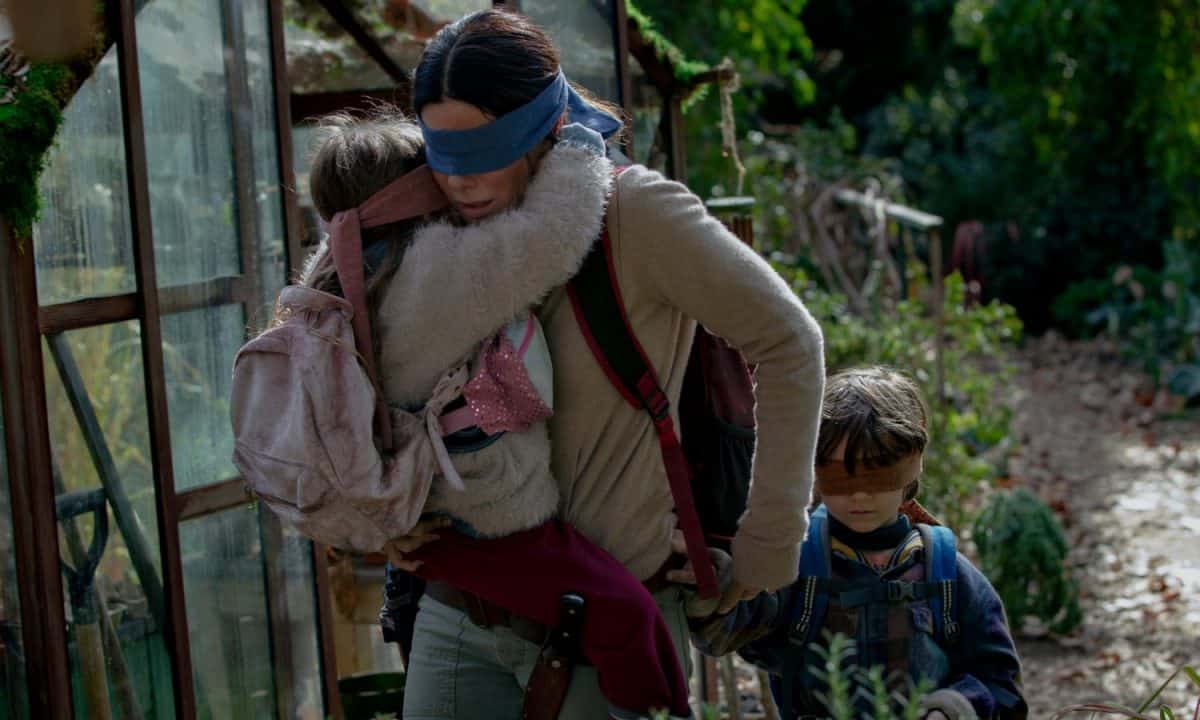 Bird Box, Netflix’s new apocalyptic thriller, jumps between two timelines in an uncompromisingly
dark narrative. Based on the 2014 novel by Josh Malerman, this adaption is stacked with talent and
the premise seemed like a sure winner: it’s set around a mysterious force that compels people to
commit suicide once they see it. The film works for a while, but unfortunately becomes undone by
genre clichés and lapses in logic.

Sandra Bullock stars as Malorie, an expectant mother who only has her sister (Sarah Paulson) for
support. One day, after Malorie’s routine scheduled check-up, the sisters find themselves caught up
in chaos when everyone starts killing themselves. These scenes are macabre, shocking and we only
ever catch glimpses of the mysterious entities causing the mass suicides. Malorie eventually finds
herself holed up in a house with a group of strangers, including military veteran Tom (Trevente
Rhodes), and the only solution is to keep their eyes covered and figure out a plan to survive.

There’s a lot of good scenes and interesting ideas in Bird Box, but overall, the movie lacks credulity
and the characters and events are so crammed together that it all feels rather contrived. The
problem is the film throws everything at us instead of building up suspense and it’s difficult to care
about any of the supporting characters, as they just simply show up with no backstory. When we first meet them, your mind is struck by questions like: Who are these people? What motivates them? And (perhaps inevitably) why should we care? Bird Box grapples with a lot of questions and toys with a lot of ideas but it’s far too scrambled in its approach.

Bullock is as commanding as always, and the story pretty much rests on her performance. She excels
as a survivalist mum who has learnt to trust her instincts and adapt to a world which has completely
fallen apart.

As we move back and forward in time, between the aftermath of the catastrophe and a few years
into the future, director Susanne Bier does an excellent job of creating a world where the survivors
have to endure a truly hopeless experience. It’s a shame Bird Box fails to deliver more than
that. The film has little sense of its own rules, and the implausibility of the plot (which features
Bullock rowing down a river while blindfolded) makes it very hard to stay with the drama.

Ultimately, Bird Box is a movie with a great idea but poor execution. The film staggers on a quest to
be something fascinating and unique, but it’s let down by contrivances and a lack of focus. Suffice to say the
end result is quite tedious. For someone looking for a taut well-structured thriller, Bird Box is one to
avoid.