Growing up, my understanding of Robert Rodriguez films consisted solely of Spy Kids. I did not watch Desperado, From Dusk Till Dawn or subsequently Sin City or Machete. I suppose his work is a cultural blind spot for me but in truth I felt let down by Spy Kids, the less than impressed 10-year-old I […] 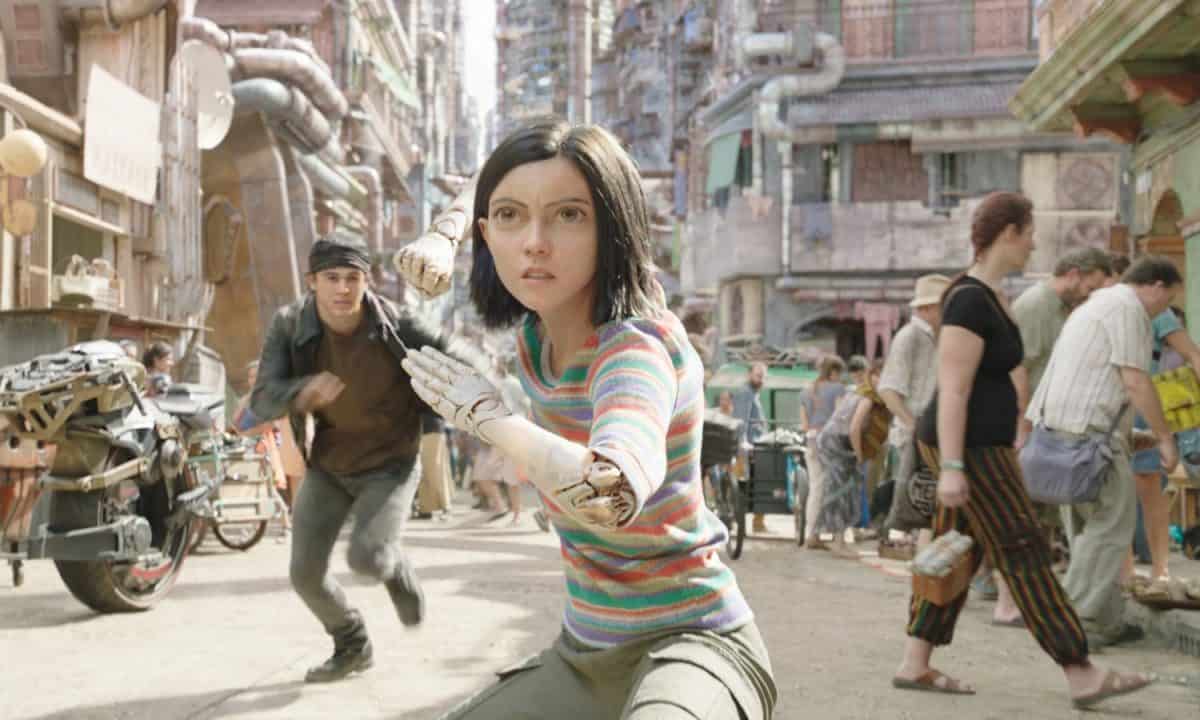 Growing up, my understanding of Robert Rodriguez films consisted solely of Spy Kids. I did not watch
Desperado, From Dusk Till Dawn or subsequently Sin City or Machete. I suppose his work is a cultural
blind spot for me but in truth I felt let down by Spy Kids, the less than impressed 10-year-old I was.
So upon viewing Alita: Battle Angel, I did so with some trepidation. Was Rodriguez going to let me
down again as he has 18 years ago or was he going to deliver on the action fix my heart craved?

Firstly, Alita: Battle Angel is fun; capital letters FUN! It is perhaps at times a little shonky, but this
doesn’t distract from how much fun it all is… Did I mention it was fun? Rodriguez has channelled the B-
movie criticisms levelled at him (not inaccurately) and turned them into a film of remarkable clarity,
excitement and YA appropriate romance.

The film opens to find Christoph Waltz’s Dr Dyson Ido, cyber surgeon, rummaging around in a scrap
heap looking for junk parts. Here he comes across a perfectly preserved brain of a femme cyborg
that he rebuilds and names Alita, which transpires was the name of deceased daughter. The
action is set in the dystopian future city called Iron City, which is lorded over by the floating utopian
city of Zalemm. Citizens of Iron City are forbidden access to Zalemm, forever reminded of their place
in society. Iron City is meant to be a re-fit of Ancient Rome, but to me it felt more like a
representation of modern India and a slightly on the nose nod to India’s caste system.

Rodriguez’s film is based on a 90’s serial-Manga called ‘Gunnm’ by Yukito Kishiro. James Cameron,
who here serves as an Executive Producer here, came across the Manga at the turn of the century and its
story of humanoid cyborgs rigged for warfare seemed a great fit for the visionary director. He
became sidetracked, however, by a small project called Avatar. In stepped Rodriguez, with
Cameron serving as the technical mastermind in the background helping design the technology that
makes Alita such a wonderful cinematic presence to look at. Rodriguez does not drop his sensibilities
completely, however, as although no blood is seen with the characters’ insides being metal and wires,
there are a couple of call backs to his Grindhouse work with decapitations and antagonists being
sliced cleanly in half.

The narrative structure of the film follows classic Hollywood tropes, with some subtle diversions to
keep the narrative interesting and felt like a welcome change from the slightly dour narratives in the
omnipresent superhero films of the Marvel Cinematic Universe. Alita is livelier, more easily likeable
and more engaging a character than the most recent additions to the MCU, and in a fearless female
protagonist, played by Rose Salazar, young children have a new worthy Superhero to look up to.

The joy in Salazar’s performance comes from how human she makes Alita feel. Despite Alita
technically being hundreds of years old, she really does make her feel like a young teenager. There
has been a lot of discussion around the characters eyes and yes they are impressive, but Salazar
commands a performance from the whole of Alita’s face, adding layer upon layer of believability.

The heartthrob with a guilty conscience (classic Hollywood trope alert) Hugo, is played admirably by
Keean Johnson, who you may know from the TV series Nashville. I didn’t, but his screen presence was
clear and interesting, if occasionally obvious in the emotional portrayal of the character.

Films sometimes feel out of place in the time period in which they are released, and Alita does feel as
if it should have been released at the turn of the century. There is a simplicity to the storytelling that
you do not find with the current outings from Marvel and Sony and the action, although slightly
frenetic, is easy to follow unlike every Transformers movie ever. The film delivers us to the mid-point
of the story and hopefully in the next outing we will see Alita fulfil her destiny of defeating evil
scientist Dr Nova (who unfortunately looks like Rick from Rick and Morty) once and for all.

As the credits rolled, I felt satisfied that Robert Rodriguez had finally delivered on the
promise he did not know he’s made to me all those years ago; Alita: Battle Angel may
not be the best film released this year, but I cannot imagine one that will be more fun.