1937. 1954. 1976. 2018. A Star Is Born has had a version for almost every generation of cinema, and the pull of its story can travel across eras with ease. In Bradley Cooper’s latest version, he takes the ’76 approach of transferring the story to purely music: self-destructive star Jackson Maine (Cooper) stumbles into a back street […] 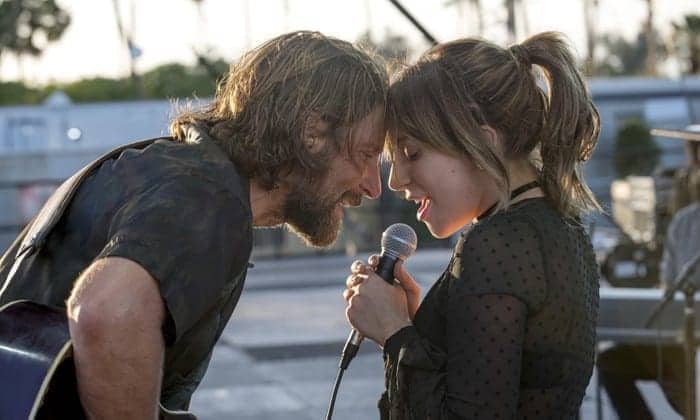 1937. 1954. 1976. 2018. A Star Is Born has had a version for almost every generation of cinema, and the pull of its story can travel across eras with ease. In Bradley Cooper’s latest version, he takes the ’76 approach of transferring the story to purely music: self-destructive star Jackson Maine (Cooper) stumbles into a back street bar one day in search of more booze. There he comes across a performer in Ally (Lady Gaga) that fascinates him, and one he wants to make a success of. As Jackson continues to decline in reputation, Ally gets her first tastes of celebrity thanks only to him.

A lot of this work depended on Lady Gaga’s (real name Stefani Germanotta) first theatrical performance, and she delivers throughout. In spite of her own superstardom Ally is convincingly humble, yet impressive enough in her performances to capture both sides of the character. Cooper, who also directed, has made the smart decision to make a singer into an actor rather than vice versa.

Lady Gaga’s own career is interestingly interwoven with Ally’s trajectory. Her first performance is at a drag bar, facing scurrilous claims about her with a knowing push back. Somewhat reductive pop numbers have some semblance to ‘Love Game’, while there are other moments when the audience can see what a varied talent she really is.

Playing off all of this is Cooper, who not only delivers one of his strongest performances but is able to direct his first feature with solidity and an outright aplomb in the musical pieces. As an actor he captures Jackson’s precarious balance between a self-destructiveness borne of pain and a genuine desire to foster talent effectively. In sum, Cooper has gained the almighty achievement of not faltering in comparison to James Mason’s own performance in the same role.

A Star Is Born is dependent on its ironies, and a screenwriting team that includes Forrest Gump scribe Eric Roth is fully aware of this. This is perhaps most pointed when Ally’s contemporaries criticise Jackson, as if they can so quickly forget why she was successful in the first place.

This is a film that captures the surprisingly thin line between celebrity and nothingness, and includes a supporting cast who are all too aware of this. Further great performances include from Andrew Dice Clay as Ally’s taxi fleet owning father Lorenzo (‘better than Sinatra’) and her cold-blooded, inevitably British manager Rez (Rafi Gavron).

Something not explored as much in previous versions of the story is questions over whether Ally is properly using her talent, and how Jackson’s awareness of this only underlines resentment between the pair. It’s a very interesting addition that certainly adds something to the story as it goes on. Jackson also has tinnitus, which while allowing for some deliberately uncomfortable sound effects didn’t quite tie into the story of his alcoholism.

A general familiarity with this age-old story did dampen the final acts for me. This leads me to believe this film may be best for those who haven’t seen previous versions, though there is certainly more than enough here to merit a watch from those who have.