Never one to be bound by convention, Jean-Luc Godard decided to shun the customary post-premiere press conference for his new film, Image Book – playing in Cannes as part of the Official Competition – and instead opted to answer the questions due to be posed to him via a FaceTime video link. The actions of […] 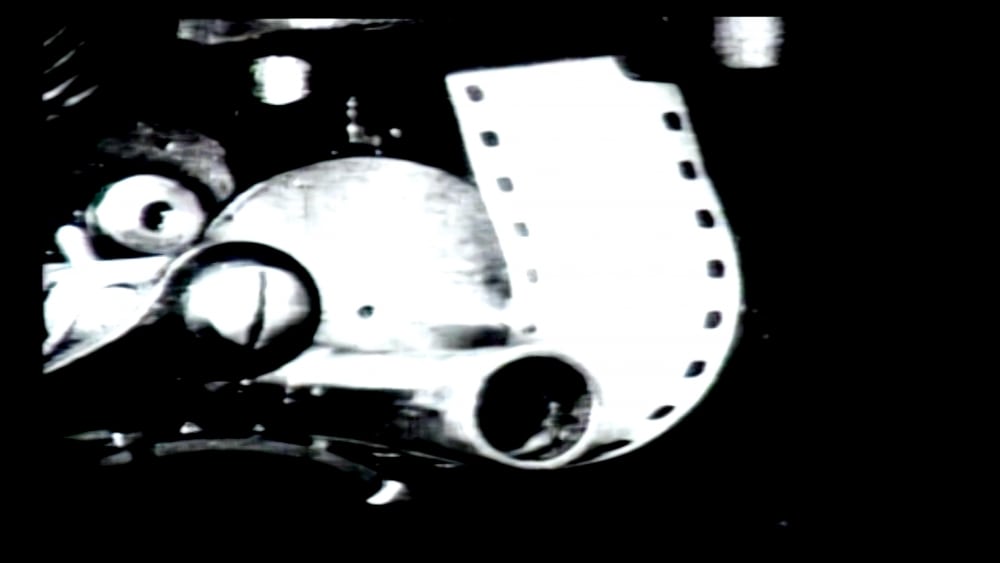 Never one to be bound by convention, Jean-Luc Godard decided to shun the customary post-premiere press conference for his new film, Image Book – playing in Cannes as part of the Official Competition – and instead opted to answer the questions due to be posed to him via a FaceTime video link. The actions of a visionary filmmaker making a wry joke about the evolving technologies now available across the media landscape, or of a narcissistic old buffer who desperately wishes to remain relevant? Based on the evidence of this, the latest in a long line of vacuous video essays, the answer, one can only conclude, is the latter.

“You are still not ready for this sacrifice,” we are ominously told about two thirds of the way through this officious odyssey, by which time it already feels like we’ve more than suffered enough. Similar in style to his previous film, 2014’s Goodbye to Language, Image Book is a fragmented montage of video clips and artistic images, edited together with all the finesse of a toddler trying to recreate the works of Jackson Pollock, by a director who seems desperate to convey the illusion that he’s imparting a profound, philosophical message upon his audience.

In one of his more transparent moments, Godard holds on the image of a man staring back at us with a magnifying glass, encouraging the audience to take a long hard look at themselves, as I did once the screening was over; cursing myself for choosing to watch this obnoxious and overbearing drivel, rather than opt for the more sensible option, which would, of course, have been to take the opportunity to have a couple more hours of uninterrupted sleep. Still, c’est la vie.

Trying to decode the film’s myriad of meanings strikes one as being somewhat inane, as there isn’t enough definition or development ever given to any of the concepts shared for them to appear even vaguely consequential. Spliced in amongst the images of abstract art, are excerpts from a broad range of provocative works from the past – including Pasolini’s Salò, and, indeed, a number of extracts from Godard’s own oeuvre – that are accompanied throughout by a series of pretentiously vague platitudes that impart to us how “war is divine,” and that “society is based on a shared murder.”

A similarly disjointed soundscape at the very least ensures that Image Book is something of a morbid curiosity. Certainly in the screening I attended, the sharp rise and fall in the volume was just what was needed to wake a number of my fellow peers, who had quite understandably fallen into an existential slumber sometime around the 10-minute mark. “Orpheus has returned from the underworld,” it’s announced quite early on, I suspect if he took one look at this he may wish to return there.

Keep Up To Date With Our Cannes 2018 Coverage
https://www.thelondoneconomic.com/film/cannes-2018-one-day-first-look-review/11/05/