By Anna Power Opening this year’s London Film Festival,  Andy Serkis’ directorial debut, a biopic of Robin Cavendish, a polio survivor and lifelong disability rights campaigner and with Jonathan Cavendish – Robin’s son, as Producer. Despite a syrupy start, wherein the couple meet and idyllically fall in love at first sight at a cricket match, […] 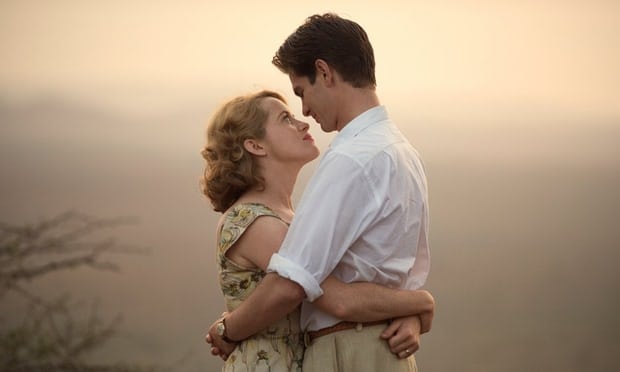 Despite a syrupy start, wherein the couple meet and idyllically fall in love at first sight at a cricket match, the film turns towards tragedy when Robin is struck down with polio whilst working as a tea broker in Kenya leaving him paralysed and unable to breathe without a respirator. Robin (Andrew Garfield), unable to even look at his new born child, is incarcerated in a clinical, authoritarian hospital ward for the severely disabled – waiting to die and wife Diana (Claire Foy) with her dreams of a life shattered, is literally left holding the baby. There is the expectation that after Robin’s imminent demise that Diana will move on and start again but she is made of stronger stuff and is clearly deeply in love with her husband and so she starts to fight back refusing to let her husband give up. Together the couple battle the medical establishment to take him home – prison break style and defy the odds of survival setting a new precedent for disabled people with Robin’s condition to live normal lives at home without the need for hospitalisation – something we take for granted today. Along the way, Robin has an idea for a wheelchair with respirator built-in, to give him mobility and gets his Oxford professor friend, a wonderfully eccentric Hugh Bonneville, to construct one, further challenging the medical establishment’s confinement of disabled people as both wrong and unnecessary. Robin goes on to champion the cause of disability rights globally as they take on even more alarming treatment across Europe, entering a treatment facility in Germany which would not be out of place in science fiction and finally making a case for the cause of assisted dying.  All this is undertaken with great levity and humour thanks to William Nicholson’s lithe script which will undoubtedly come under some criticism by those looking for something less celebratory.

Thankfully, times have changed but with disability rights and recurrent concerns about the abuse of the severely disabled and elderly forced to live in residential care settings as daily news features, although we now take for granted many of the freedoms which Robin Cavendish pioneered, this is still sadly an incredibly relevant and important story to tell.

Taking its place among a firm British lineage such as Reach for the Sky and The Theory of Everything, Breathe is an uplifting and inspiring film that emphasises the importance of quality of life, choice and the right to live life to the full for severely disabled people and does so with charm, humour and strong performances from a stellar British cast.

Breathe opened the 61st London Film Festival and is on general release in cinemas from Friday 27th October.

UK sees one of the biggest drops in OECD real wages, report finds

Young deer could starve if mothers shot in controversial cull