By James McAllister Those who are familiar with Kleber Mendonça Filho’s 2013 debut feature, Neighbouring Sounds, will no doubt recognise the impassioned socio-political discourse that emanates from the narrative ornamentations of his intriguing but inconsistent sophomore effort. Returning to his hometown of Recife in northeast Brazil, Aquarius sees the critic-turned-director once more take aim at […] 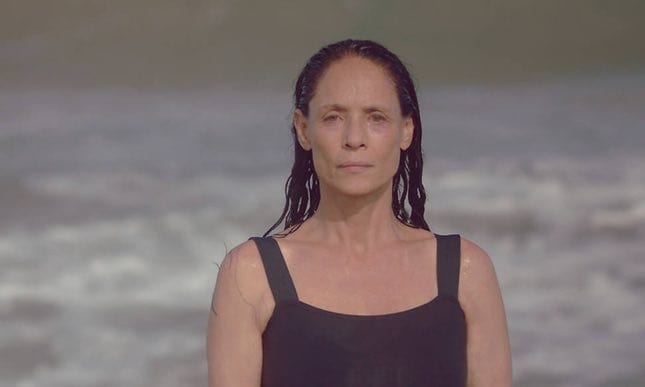 Those who are familiar with Kleber Mendonça Filho’s 2013 debut feature, Neighbouring Sounds, will no doubt recognise the impassioned socio-political discourse that emanates from the narrative ornamentations of his intriguing but inconsistent sophomore effort. Returning to his hometown of Recife in northeast Brazil, Aquarius sees the critic-turned-director once more take aim at the capitalist sharks who wish to gentrify areas of historic beauty (both in Brazil and across the globe) for their own financial gain, as a group of passive-aggressive property developers seek to replace an iconic mid-century housing block – the titular Aquarius – with a luxury modern-day edifice.

Standing in their way, however, is Clara (Sônia Braga), a widowed music critic in her mid-sixties, known for her feisty, fiery temperament. The Aquarius is where Clara has spent much of, if not all of her life, and although her neighbours immediately decided to grab the money and run, she insists on staying put. Her beachfront condo is modest in size, but its sentimental value is monumental. This is the home where she & her husband raised their children, where they partied with friends & dined with family. To her it isn’t just an apartment; it’s a figurative photo album, filled with a lifetime of memories.

As a character study, Aquarius is reflective & rigorous, spurred by a remarkable central performance from Braga. Clara is rebellious & headstrong; a commandingly tenacious presence who remains undaunted by the formidable, industrialist foes who endeavour to disturb her using techniques of harassment & intimidation. But her battle is also a personal one, shaped by fond recollections of her past & the flickers of fearful uncertainty concerning her future: Filho – who directs with a pensive tone & leisurely pace – is at his best when exploring the mind of his striking heroine, and in that regard, this is a film that contrasts handsomely with Mia Hansen-Løve’s tremendous Things To Come.

As a political allegory though, this isn’t a picture that resonates quite as vigorously as the filmmaker perhaps hoped. It’s constructed with precision, but, running close to 150 minutes in length, the script’s slow-burning nature pacifies its anger. Woven into the film are timely parallels between Clara and Brazil’s now former President, Dilma Rousseff, who was confronting a process of impeachment when the film first premiered at Cannes last year – a move considered by Filho & many of Rousseff’s supporters to be the result of a right-wing coup d’état. Yet it is only in the more pointed final movement – as we see Clara finally confront the corporate establishment – that we really get a pressurised sense of this. It’s scenes such as these that act as an exclamation mark to a film that has plenty to shout about, but which sometimes struggles to have its voice heard.

Aquarius is on general release from Friday 24th March.