by Grant Bailey
in Arts, Entertainment 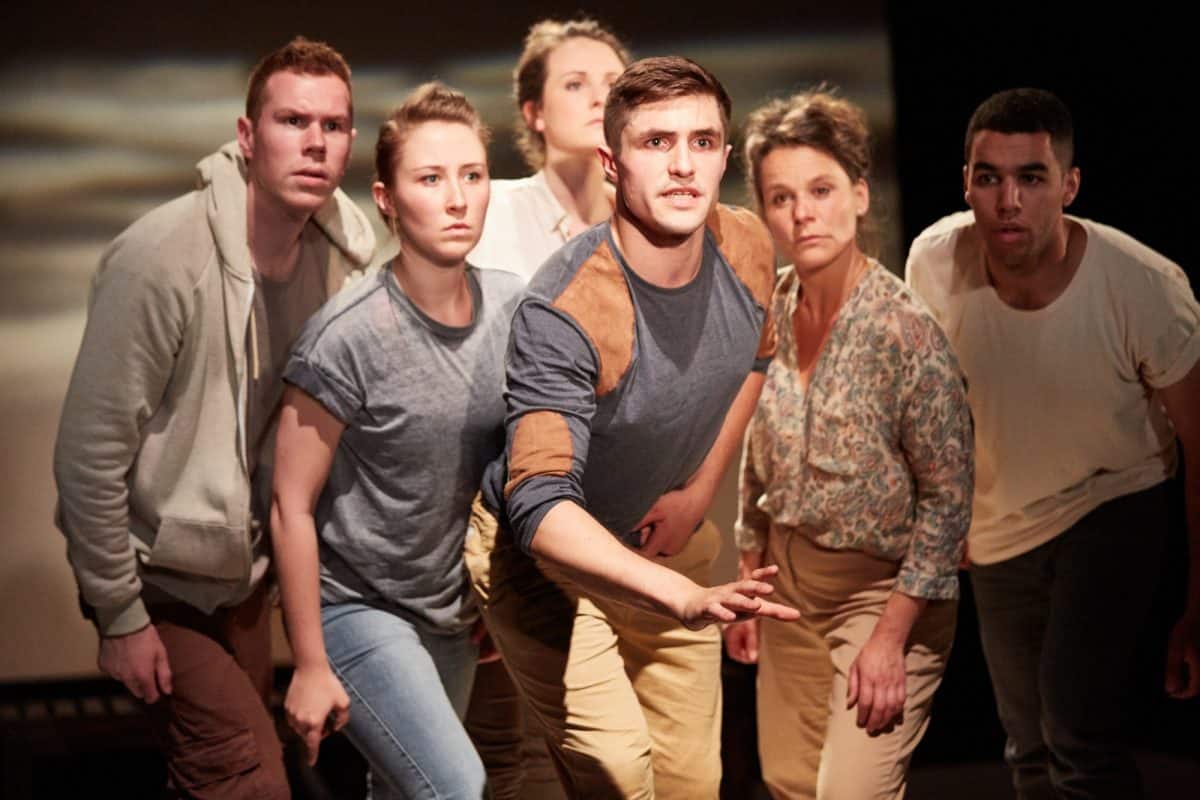 Bristol Old Vic’s production of Welsh poet/novelist Owen Sheer’s play, originally written for Radio 4 and inspired by interviews with returning soldiers and their families, packs a powerful punch. Running at the Bush Theatre until February 13, the company’s six young actors relate the horrors of war in a heartbreaking story which is both immediate and highly disturbing.

Three teenage boys from Bristol – Arthur, Taff and Hads – decide to join the army to “raise their sights” and escape the narrow confines of their existence, lured by the promise of finding themselves, becoming real men and providing for their partners. They soon find themselves sent to war in Afghanistan where their lives and those dear to them rapidly unravel, as none of them return unscathed. Their women are left to deal with the aftermath, the terrible suffering both physical and psychological, their lives forever changed.

From naively playing ‘Who wants to go to war?’ at school, the friends are soon faced with the harsh realities and brute force of real modern warfare – bleak staging, dynamic movement, atmospheric sound design and Sheer’s lyrical, vivid verse combine to transport the audience into the hellish universe that is war. ‘Pink Mist’, we learn to our horror, is that moment when a soldier takes a direct hit and the fine spray of his blood hangs in the air, as he ceases to be. The audience is left to exit the theatre just as disoriented, bewildered and shell shocked as the young soldiers who took centre stage.