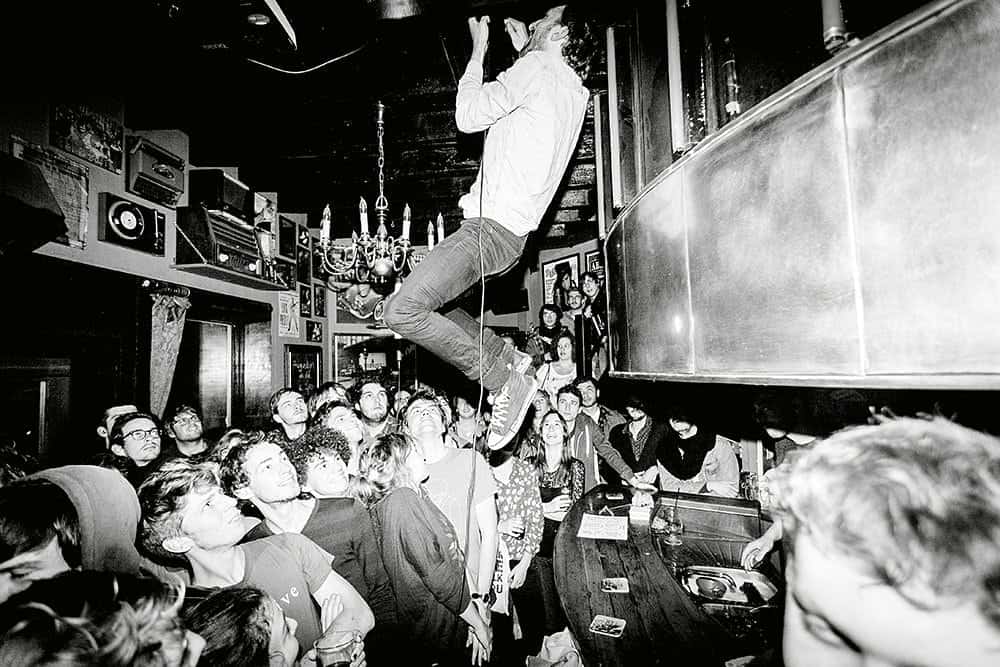 Hailing from Ghent, Belgium Hypochristmutreefuzz are at the forefront of Ghent’s noise-rock scene. Other than a secret weapon for passionate Scrabble-fanatics (their name comes from an avant-garde jazz piece by Misha Mengelberg) the band, formed around Belgian musician Ramses Van den Eede, is a frontal attack to all of the senses, thanks to a crushing groove, the use of a power drill as an instrument and inconveniently lovable bone-shattering and shamanic vocals.

Check out their latest video for new single ‘Clammy Hands’ below. Fleshy.

Following on from a number of single releases and an EP release in early 2015, they are now ready to release their debut album ‘‘Hypopotomonstrosesquipedaliophobia’ (named after the phobia of long words, of course!).