World Eater, Blanck Mass AKA Benjamin John Power’s third album, is on the way. We’ve heard it. It’s weird, it’s heavy, it’s killer. Power is pissed off at 2016; a year that, by any standards, is one best forgotten. World Eater, released 3rd March, is his furious reaction. Not that you’d know from the pleasant lilt of […] 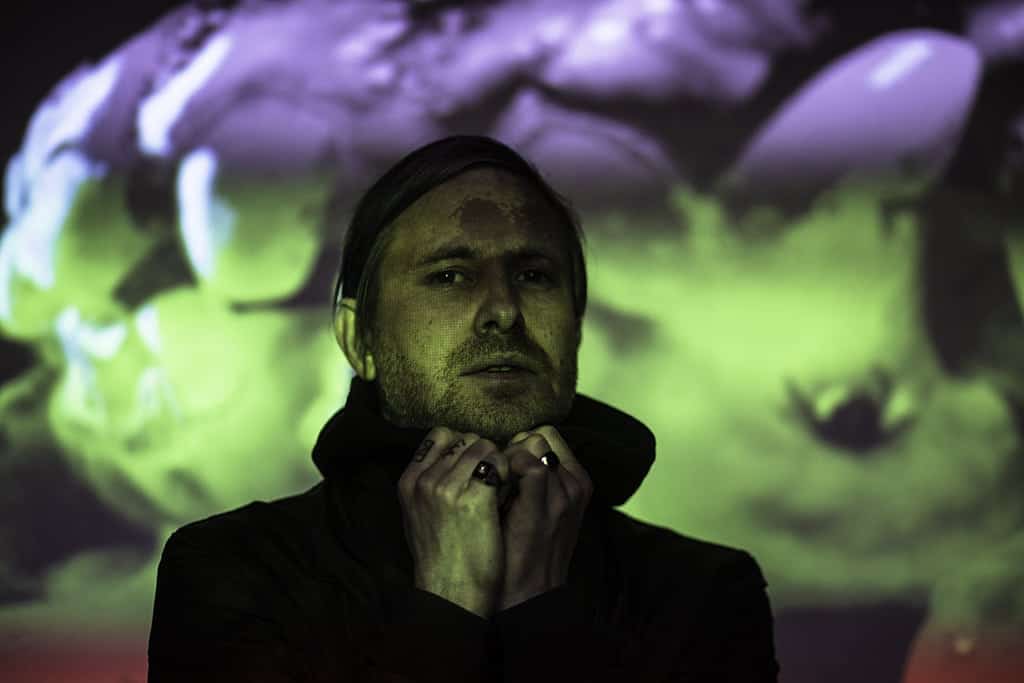 Power is pissed off at 2016; a year that, by any standards, is one best forgotten. World Eater, released 3rd March, is his furious reaction. Not that you’d know from the pleasant lilt of lead single ‘Please’, however. Directed by Michael Tan, the video for ‘Please’ draws on the album themes, taking them down a 3D politicised wormhole.

“Blanck Mass and I looked at old CGI ’80s movies like Lawnmower Man and 3D animated internet memes, which are far different from my polished, hyper-real 3D renderings I usually create. Drawing from these inspirations, the result is a bit of a mix between Lo-Fi and a role-playing adventure game.” Tan explains. “With the current political climate, it’s hard not to be concerned about the future of the planet and the population as a whole. There seems to be no genuine concern from governments about the state of the earth, climate change or the future. The video personifies this concern within its characters.”

Whilst musically World Eater captures an anger and intensity through a progression of hissing electronics and furious beats, it also too possesses a tender side and amongst the rage lays actual love songs. “Being surrounded by so much hate in the world right now throws a whole new light on the importance of love. I have never set out to make a protest record. I’ve never set out to make any kind of record really, but during the creative process for this and any of my past releases I start to form a bond with the project as we grow together.”