Glasgow firebrand four piece Catholic Action are back and their having a chat. The Scottish revivalists are releasing their new album In Memory Of later this month. . In Memory Of is the sound of a band in total control of their sound. Combining a youthful energy with the innate pop songwriting prowess of Chris McCrory, the album shines […] 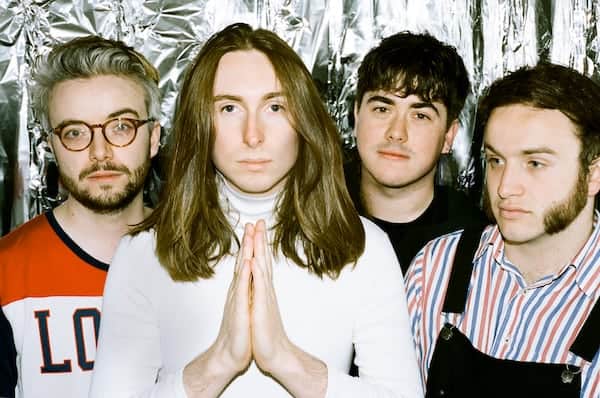 FacebookTwitterLinkedinEmailWhatsapp
Glasgow firebrand four piece Catholic Action are back and their having a chat. The Scottish revivalists are releasing their new album In Memory Of later this month.
.
In Memory Of is the sound of a band in total control of their sound. Combining a youthful energy with the innate pop songwriting prowess of Chris McCrory, the album shines with a rarely seen confidence. Despite having nods toward guitar pop from the past and present, the album has its gaze truly fixed in the future. Catholic Action are set to take their album out on tour this November alongside Nottingham upstarts Kagoule, including a show at London’s 100 Club on 2nd November.
.
We caught up with Chris ahead of their new release to talk tours, the recording process and purging demons…
.
Who are you taking out on tour with you?
We’re off on tour in November with Kagoule. They play brilliantly inventive post-punk and they’re going to really make us up our guitar game.
.
Are there any dates you are particularly looking forward to playing?
Bristol & Brighton are two of my favourite places in the UK outside of Glasgow, so it’ll be nice to visit them again. London is always fun too, we’re always treated very well there. Plus, it’ll be cool to play the 100 Club.
.
How would you describe the experience of recording In Memory Of? Was it an enjoyable experience?
Recording In Memory Of was an incredibly difficult but richly rewarding experience in the end. A trial by fire if I’m honest. It was a real challenge at times. Although, it made us who we are as a band today. Purged us of a lot of demons and left us with this odd momentum. Buoyancy: We’re much healthier, happier and more creative than ever. We’ve already begun work on the follow up.
.
When did the writing process begin?
Some of the songs written on the album have been around for a few years – before we ever played live as a band. Some songs were written after the recording had begun. I think it’s important to keep the writing process open. When one source dries up, another is usually ready to go. It keeps you fresh. And it means that the album opens out as it goes along. It makes sense from start to finish and it rewards you the deeper you go.
.
.
Are there any tracks on the record you are particularly proud of?
Right now I prefer Side B to Side A. That might change next week, or in a few hours though. However, I’m really proud of how tracks like Stars & Stripes turned out. For me the battle with In Memory Of was always one of balance. I wanted to make a record that could both be played on the radio – songs that you can sing along to – but isn’t utterly disposable garbage. And that takes time to get right. A lot of attention has been put into the music. I think in the age of infinite content, we’re growing desperate for meaning. I’ve always promised myself I’d rather not be in a band than be in a band I wouldn’t listen to, or meant nothing to me.
.
Besides records, what have been some of the key influences and themes on the new album?
I never really thought about themes, more than the record simply being a collection of my songs from a certain period of time. However the more I look at it, or the more I’m made to talk about it – the more it makes sense to me. Dominant themes emerge.
.
I think what we’re brought up to value in modern society is completely at odds with what we need – or should – value on a basic human level. There’s a complete disconnect between these two things – no wonder vast swathes of us are suffering from myriad mental illnesses. Many of us are frittering away our time on anti-depressants, lost and generally lonely – unable, or unwilling to see or find meaning in the simple beauty in what’s immediately in front of us. It’s been stamped out of us from such an early age. I think the album the album is written from the perspective of a young person caught in the midst of a difficult but necessary  transition, for his wellbeing’s sake – All while going through the usual ups and downs of entering “The Real World”.
. 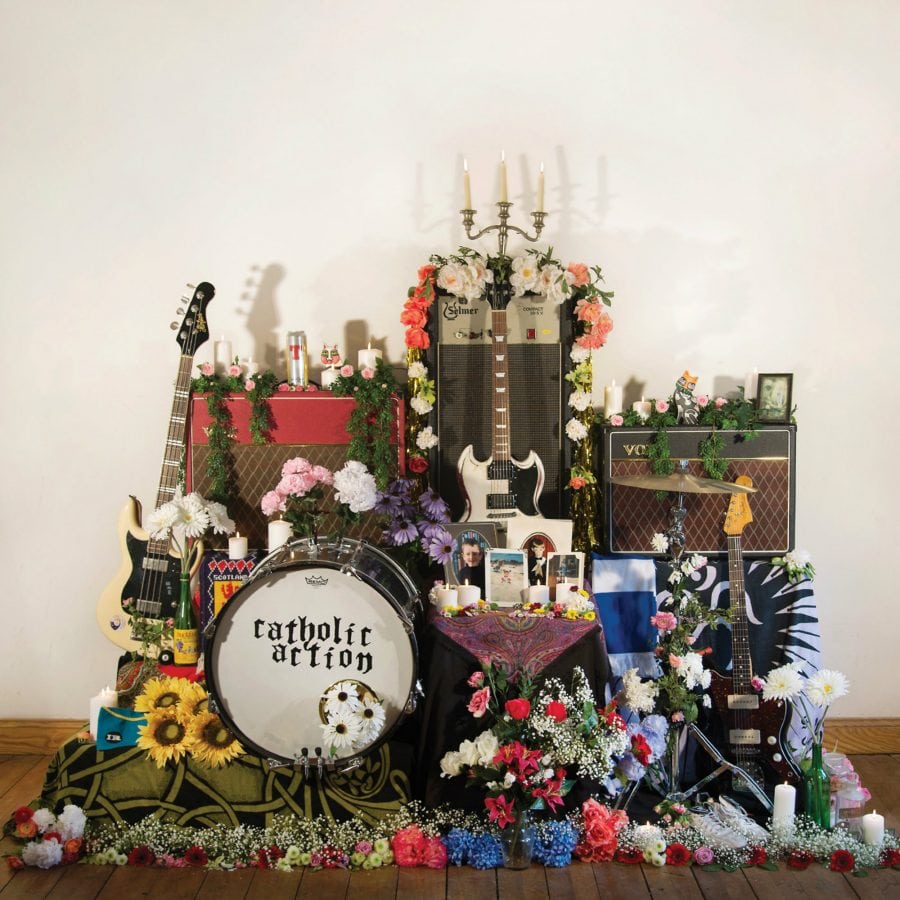 .
How is life treating you on Modern Sky?
Very well thank you. Their’s was the first label meeting that didn’t make me feel like cutting my hair and applying to work at Aldi. They are young and passionate about what they do. They have big plans and they’re just getting started. Much like Catholic Action.
.