Critical praise on a debut album is a boon, but also a rod for the backs of new artists. Oslo’s Spielbergs have demonstrated some serious chops on This Is Not The End, producing a composite of familiar post-hardcore tropes and melodic pop sensibilities. It’s a stride out the gates, but expectations for album two are already […] 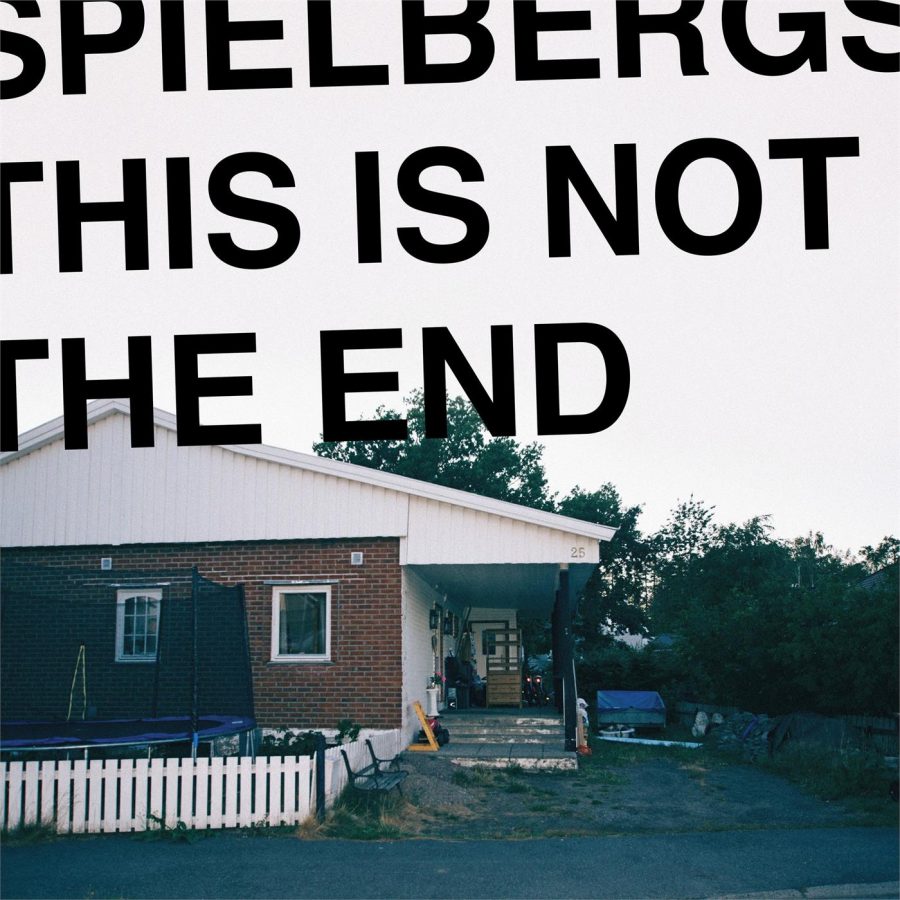 Critical praise on a debut album is a boon, but also a rod for the backs of new artists. Oslo’s Spielbergs have demonstrated some serious chops on This Is Not The End, producing a composite of familiar post-hardcore tropes and melodic pop sensibilities. It’s a stride out the gates, but expectations for album two are already crystallising in the early hype.

There are favourable comparisons to be made: ‘Distant Star’ is a lost The Xcerts vocal melody – with more bite, and ‘We Are All Going To Die’ carries all the mainstream drive of an early noughties Foo Fighters cut. And while the general tonal attitude of the record drops a shoulder towards bedroom rock, the riffs on This Is Not The End reach for the floodlights. Spielbergs appear at once pub-backroom grubby and mid-sized venue glossy.

If there’s one criticism to level at Spielbergs it’s just this positive evocation: what’s new? It’s a shaky negative to level at a first effort; even the best debuts are parsed into their respective influences more easily than follow-ups when the band has had time to weld closed the seams on their own style. We’ll need to wait for the follow-up to see if Spielbergs can really differentiate themselves from their influences.

This Is Not The End hangs from three hooks. Opener ‘Five On It’ gives a false read of the otherwise high-energy of the record with a merciless earworm drawl. ‘You All Look Like Giants’ towers highest above the lot with a hopeful refrain, carried on a buoyant chorus. Spielbergs wisely arranged the tracklist to build a mid-spin downhill run of pacey jams, and ‘…Giants’ is the kicker at the bottom. The final chorus is one of those sickening brain bubbles which skirt through your skull in the middle of the night. It’s worth learning the title just so you don’t have to scrabble around in the back of your mind trying to assign it as the minutes tick away towards morning. Then, in an act of overkill, Spielbergs follow it up with ‘Bad Friend’, which is more ‘Boys Of Summer’ than Black Flag and is better for it.

In a genre often mislabelled as miserable, or misunderstood as the serious sibling of pop-punk, Spielbergs have taken an optimistic and thoughtful punt into the long grass and generally come out on top. The record begins to lose focus towards the end as those mid-run hooks fade out for more atmospheric fare, but everything moves with steady intent, and the results are warm and catchy. When the dust has settled hopefully we’ll get an EP to hold us over until album two to give us an idea of the direction Spielbergs want to push themselves in from this promising start.