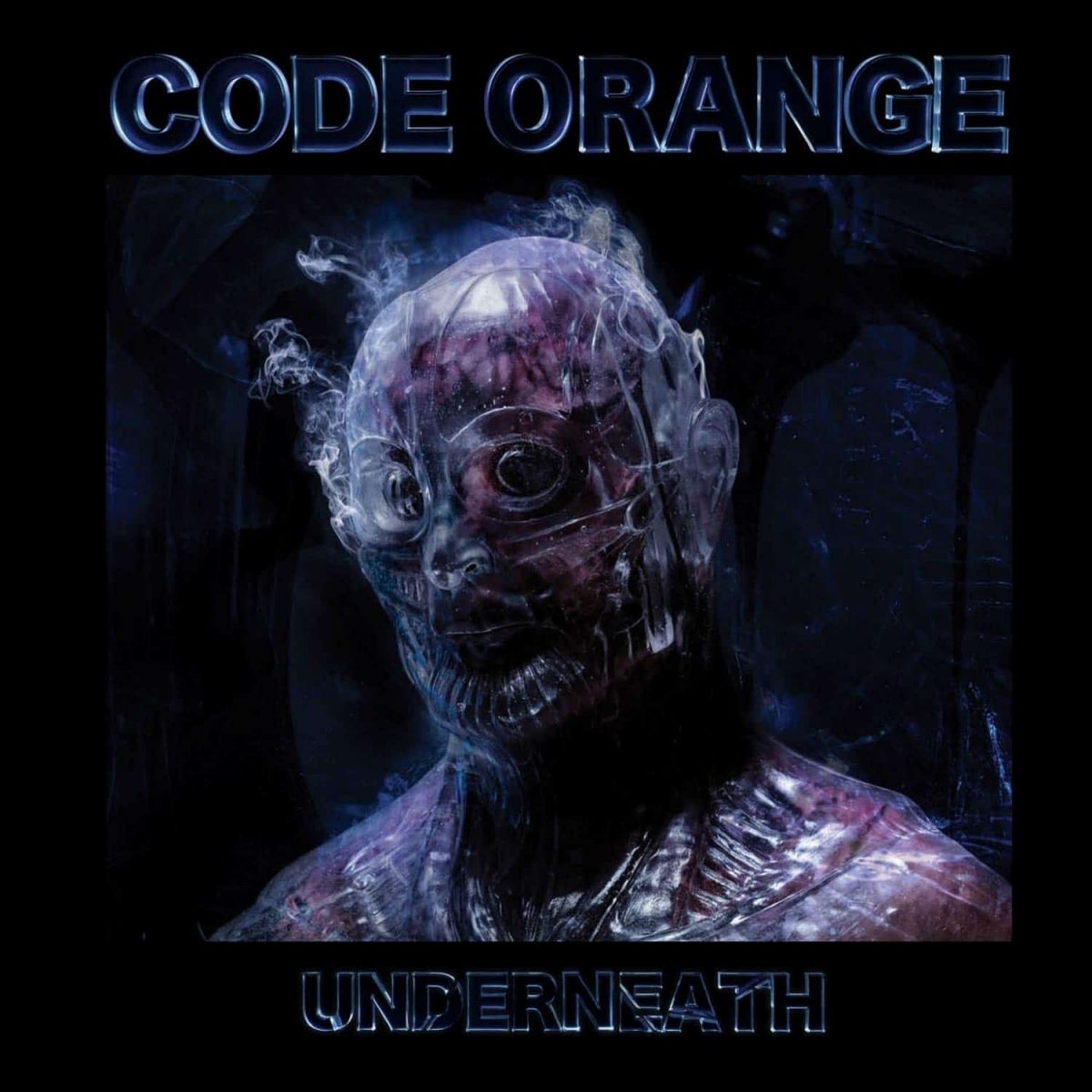 In 2017, Code Orange came as close as they are likely to get to acceptance within the metal community. Forever wasn’t a groundbreaking work, but as a demonstration of heaviosity and hooks, it was just exceptional enough to sway detractors turned off by their blunt force approach on 2014’s I Am King. Now in 2020, Code Orange are burning a pyre in contentious territory with Underneath, which is likely to divide the fan base once again.

Let’s put it out there early: Code Orange’s sound has always been easy to deride. Their fondness for lowest common denominator beatdowns and nu metal-tinged riffage has made them a magnet for criticism in the past. Underneath doesn’t just continue this trend, but elevate these elements, making them central to the performance. And yet the move is so utterly sure-footed, so slick, and shamelessly infectious, that it works. It more than works.

On first listen,Underneath produces some easy comparisons for detractors looking for touchpoints for criticism – but the record has a longer tail than Code Orange’s previous work, and rewards the listener willing to buffer its polished metallic sheen.

The production decisions on Underneath are nothing revolutionary – a greater dependence on glitch-riffage and technical interface, electronic manipulation and sample triggers. But everything here sounds cranked to the limit, and blasted with liquid nitrogen – a clean burn. Vocals clip and rasp, guitars land with the  precision of a laser cutter, and at any given moment a channel in the audible landscape could spark into wreckage.

The riff work on ‘Erasure Scan’ feels positively lethal, a faultless fibreglass shred. ‘You And You Alone’ treads the same line of speed and steel, a turbine of guitars with a ride cymbal ringing out, mangled inside the riff like a metal bar. The digital screams of ‘In Fear’ are the blood curdling cries of the ghost in the machine.

It’s a sound signature which will turn some listeners off immediately. It’s trite, and applied with little restraint throughout Underneath’s runtime, but Code Orange’s propensity for carnage has never been clearer or more magnetic for fans willing to push their faces through its biting gears.

When it was released as a single, album-opener proper ‘Swallowing The Rabbit Whole’ attracted praise for its frenetic closing half, perhaps the most chaotic section the band have penned. It’s a cyclone of Terminator exoskeletons clanking together in glorious harmony, bar some jarring hard stops in the signal, which draw attention to themselves here and on ‘In Fear’.

‘The Easy Way’ is home to Code Orange’s most unforgiving hook, winding its way into an industrial fug like Rob Zombie’s ‘Dragula’ cleaned of its schlock and shock. What remains is a pristine metal anthem. ‘Autumn and Carbine’ tries for the same mainstream appeal with diminishing returns.

If there’s one casualty of Code Orange’s new noise it’s their shoegaze tendencies. There’s no ‘Bleeding In The Blur’ on Underneath, leaving the record down a vital palette-cleanser as the industrial ladle of molten nu metal pours its final drops in a weaker closing stretch. ‘A Sliver’ takes its time to meandre on a melodic plane, but fails to reach terminal velocity as a result. And the title track and album closer rounds Underneath out in comparatively tame fashion, with a tepid drop and sluggish mix, especially in comparison to the weaponised work seen on tracks like ‘Back Inside the Glass’.

But these are hitches, dings in Underneath’s gleaming and ominous chassis. Underneath is  destined to be one of 2020’s most talked about heavy albums, for better or worse, and will undoubtedly be held up as one of the year’s best come list season. Unashamedly brash in its production and characteristically blunt, Code Orange burn their influences as fuel in a fearsome engine to make nu – new again.