By Kane Power (ElHeavio) Hiatus Kaiyote floated into my scope after an impressive ‘live sound-check’ video was posted on a drum forum following the release of their debut album ‘Tawk Tomahawk’, in 2012. The song posted wasn’t actually on that album; it was a version of the song ‘Shaolin Monk Motherfunk’ which coincidentally is the […] 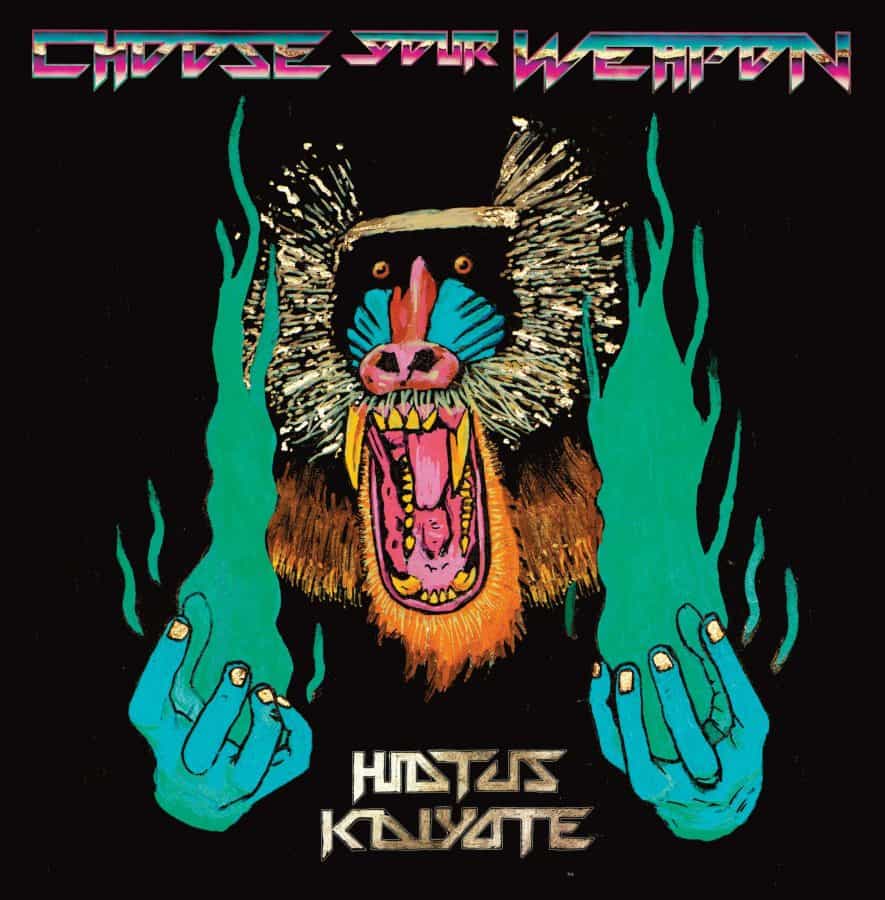 Hiatus Kaiyote floated into my scope after an impressive ‘live sound-check’ video was posted on a drum forum following the release of their debut album ‘Tawk Tomahawk’, in 2012. The song posted wasn’t actually on that album; it was a version of the song ‘Shaolin Monk Motherfunk’ which coincidentally is the first song proper on their new release, ‘Choose Your Weapon’.

Having a three-year old song as the opener of your brand new record might be a creative yawn for some, but for Hiatus Kaiyote creativity is something they have in vast bubbling abundance. Lead singer and guitarist Nai Palm has said some of the earliest songs she has ever written appear on this album, and that it’s a salute to their organic development and sound that they have some older tracks on the new record. As much as the music will captivate a new audience, it rewards the fans who follow their live shows and social media.

Hiatus Kaiyote describe themselves primarily as ‘Future Soul’, which I suppose is quite apt, but as soulful as they are, it is the future aspect of the description which lends the most weight here. Almost tongue in cheek modular synths, arpeggiators and 1980s game sounds are laid on thick all through the album, no more so than in console tribute track ‘Atari’ where they reference the ‘future’ of a decade in which their singer wasn’t yet born.

Sonically, ‘Choose Your Weapon’ is quite impressive. The talents of each member don’t seem limited to a primary instrument so while the basis of drums, bass, guitar, piano, keyboards & vocals are the constant, expect flourishes of instruments and styles outside the standard setup. Production value is also good, but nothing more than you would expect from a Grammy nominated ‘next big thing’ band, in fact I prefer the less compressed, less in your face sound of their previous record.

After a couple of listens, some of the more intricate aspects begin to unfold, but also the sheer enormity of talent and originality on display becomes more apparent. Every second of ‘Choose Your Weapon’ is dripping with the collective imagination, artistry and mastery of its individuals. There are nods to many genres but never clichés; every cruising R&B groove, Latin shuffle and jazz swing feels totally organic. It’s cohesive in its eclecticism.

Because of the way HK change so dramatically from section to section, often modulating through multiple keys, time signatures and styles on each song, I can’t nominate any stand out tracks. The whole album kind of just flows into one lulling, pulsing, hypnotic, layered experience, one that I would absolutely recommend consuming in its entirety.