@ The Garage, London12/10/2018Support: WiegedoodPictures: Graham Berry (@blktphotography) In the factional, near tribal world of extreme music, there are few hallowed bands that succeed in crossing hard borders in terms of sonic reach and near universal reverence. One such band are Portland trio YOB, who have been voyaging through the outer reaches of what can […] 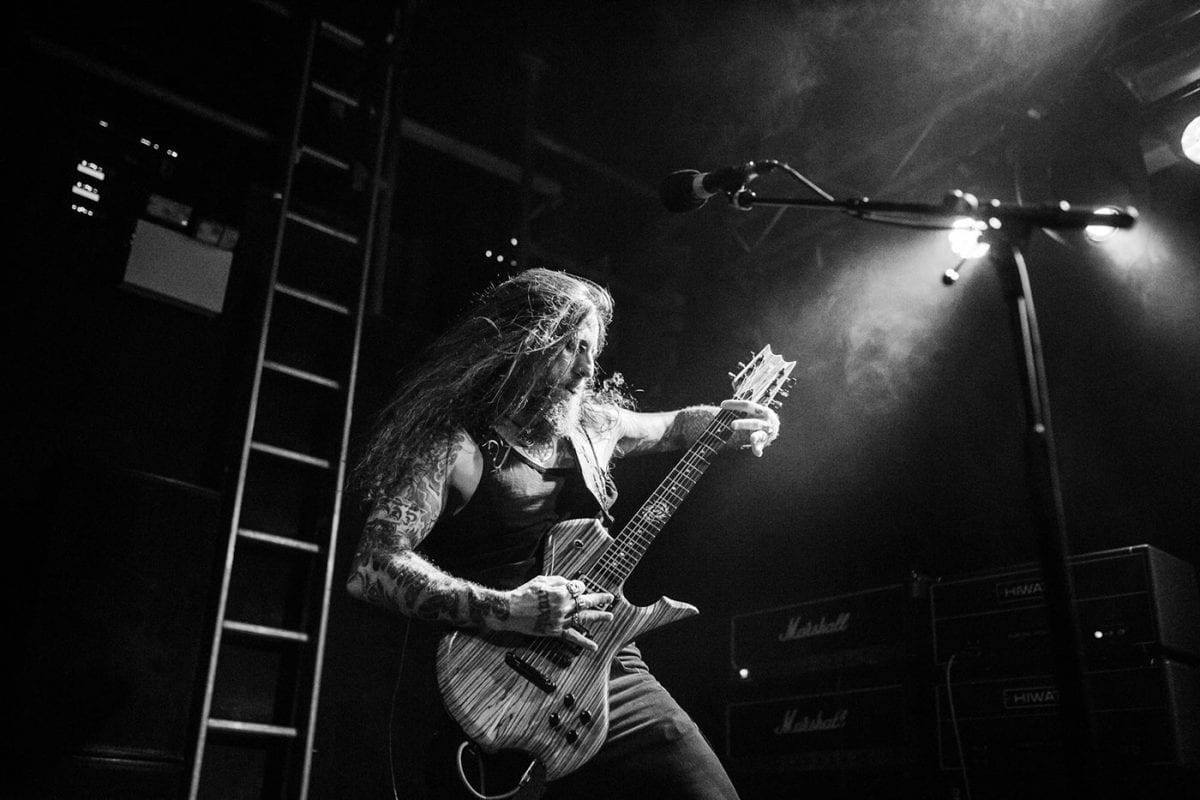 In the factional, near tribal world of extreme music, there are few hallowed bands that succeed in crossing hard borders in terms of sonic reach and near universal reverence. One such band are Portland trio YOB, who have been voyaging through the outer reaches of what can be loosely called ‘doom’ for over two decades. In a scene where each band competes to be heavier and more caustic than the last, it’s a rare thing indeed where a band can champion the channelling of sheer joyous catharsis.

Openers Wiegedood are about as cheerful as you’d expect for a band named after Sudden Infant death Syndrome, their icy torrent of raw black metal gusting over the audience in waves of flaying tremolo picking and tumbling tumults of drums. Focussed and impressive as they are, they still present a slightly odd pick for opener considering the jarring tonal shift between them and the headliners

But of course, it’s all about YOB tonight. Mike Scheidt, Travis Foster and Aaron Rieseberg emerge to a familial welcome from the Garage crowd, and from the first ringing, triumphant chords of opener ‘Ablaze’ the crowd are enraptured. It’s a true mark of respect when fans make efforts to self-police one another’s chatter so as not to spoil YOB’s masterful hush to roar dynamics, but a reverent silence propagates throughout the evening as Scheidt and co conjure and spin their lofty epics, bending riffs to their will. New cuts from ‘Our Raw Heart’, including a galloping, strident ‘The Screen’ sit comfortably next to old standards, the trio seamlessly moving through the tides and swelling healing waves of their music.

For all its faults, the sound at the Garage tonight is incredible, capturing both nuance and raw, shuddering power, with Scheidt’s vocals soaring to crystalline heights and smog choked lows. Relentlessly uplifting, Foster’s cavernous kick work and deceptively simple fills buoy Rieseberg’s shifting, subterranean bass grooves. It’s the nouveau-doom  classic ‘Ball Of Molten Lead’, which Scheidt dedicates with gratitude to “those who helped us so much”, that steals the show, raw and commanding as it reaches out on a cosmic scope, towering riffs and heaving depths seeming to defy the paltry laws of science and nature.

The watchword for tonight is ‘triumphant’. In the face of the adversity that Scheidt has suffered over the last year, he would be forgiven if he had simply laid down his guitar and focussed on his physical wellbeing. The fact he has continued to tour hard, to continuing bringing his gift to fans, is inspirational, and the trio seem humbled by the experience, having enjoyed their time onstage every bit as much as the audience has. This is the best YOB has ever been.