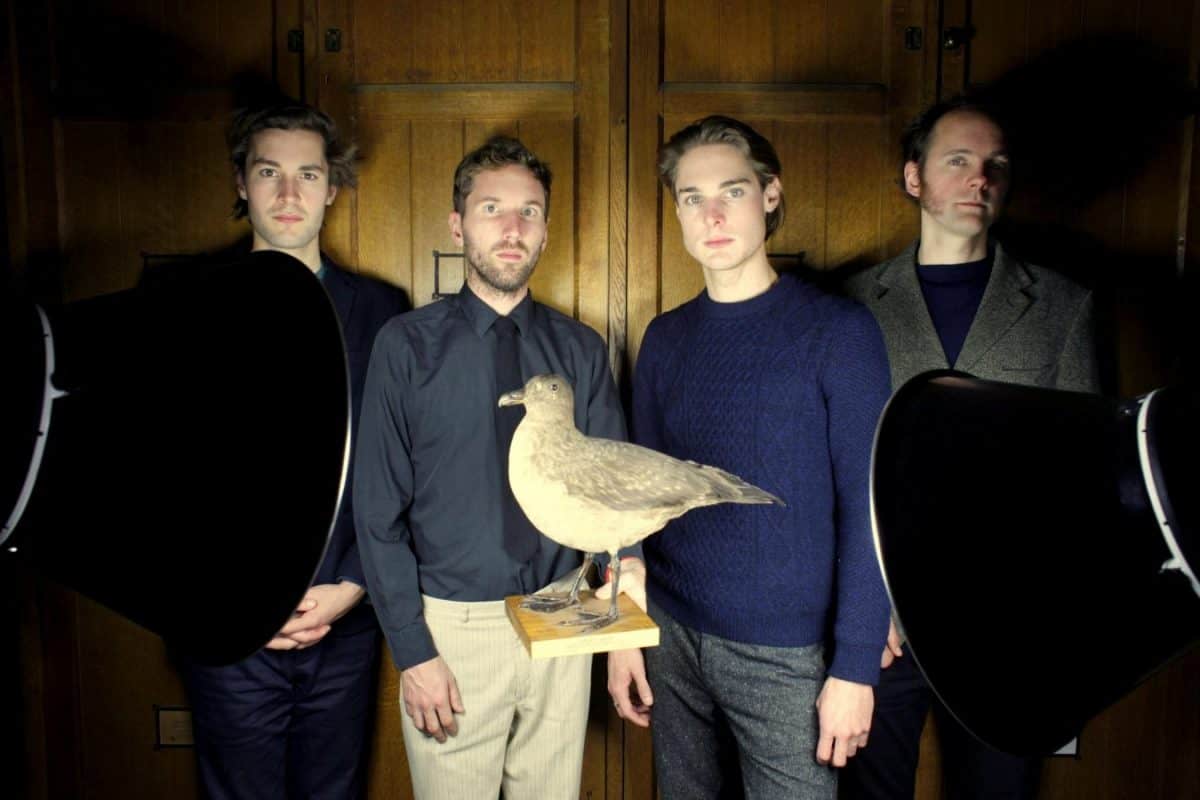 Maintaining their signature ornithological theme in almost all their records, latest venture Bonxie provides Oxford quartet Stornoway with a new found energy and confidence, which is instantly apparent as the band hit the stage of Islington’s grand Assembly Hall following a pleasant mellow vibe from supporting Irish duo, The Lost Brothers.

Stornoway kick off the set with the new album’s opening track, ‘Between the Salt Marsh and the Sea’ filling the room with Brian Briggs’ quirky melodic vocals, to a background of eerie foghorn-like sounds, which merges in to ‘Birdcall’. The atmosphere rapidly picks up with the sunny single ‘Get Low’ which – contrary to it’s title, delivers uplifting beats, warming up the crowd in to a sea of bobbing heads. A concoction of more than usual instruments; a small axe and woodblock, sandpaper and triangle introduce a seamless ‘Farewell Appalachia’ from second album Tale From Terra Firma. Jumping at the chance to utilise the venue’s faultless acoustics, we’re treated to an acoustic duet from front man Brian and keyboardist Jon, accompanied by their respective guitar and mandolin for a delightful spangled version of ‘On The Rocks’.

This was swiftly followed by an entirely unplugged rendition of Bonxie’s hidden gem ‘Josephine’, beautifully harmonised, a treat for the ears as the whole room was captivated and in awe, listening intently to every word of the quartet’s clear-cut vocals. The alternating 7 piece line up return to the stage with the dynamic and springy ‘Lost Youth’, one of Bonxie’s refreshingly lively tracks. Nearly an hour of songs and Briggs’ entertaining short stories and witty quips slipped in between tracks, the band draw to a close with their first ever single, forever the favorite ‘Zorbing’, always guaranteed to get the crowd keyed up.

Hastily beckoned back on stage by an ever-adoring crowd, a sweet melodious rendition of ‘The Only Way Is Up’, dedicated to a newly married couple known to the band began the encore, They carry the loving vibes through to the end, finishing with Bonxie’s penultimate track ‘Love Song Of The Beta Male’, one half of the room clapping and the other clicking fingers under Briggs’ request. It’s a fitting finale to quite possibly one of Stornoway’s best gigs yet.