By Adam Turner (AdamTurnerPR) 11.5.15, Methodist Central Hall, Westminster After floating around the stage for 90 minutes, dancing to the sound of his band’s subtle, harmonious tones, Stuart Murdoch proved last night that he is still as classy and jovial a performer as he ever has been. The Glaswegian musician, who has been Belle and […] 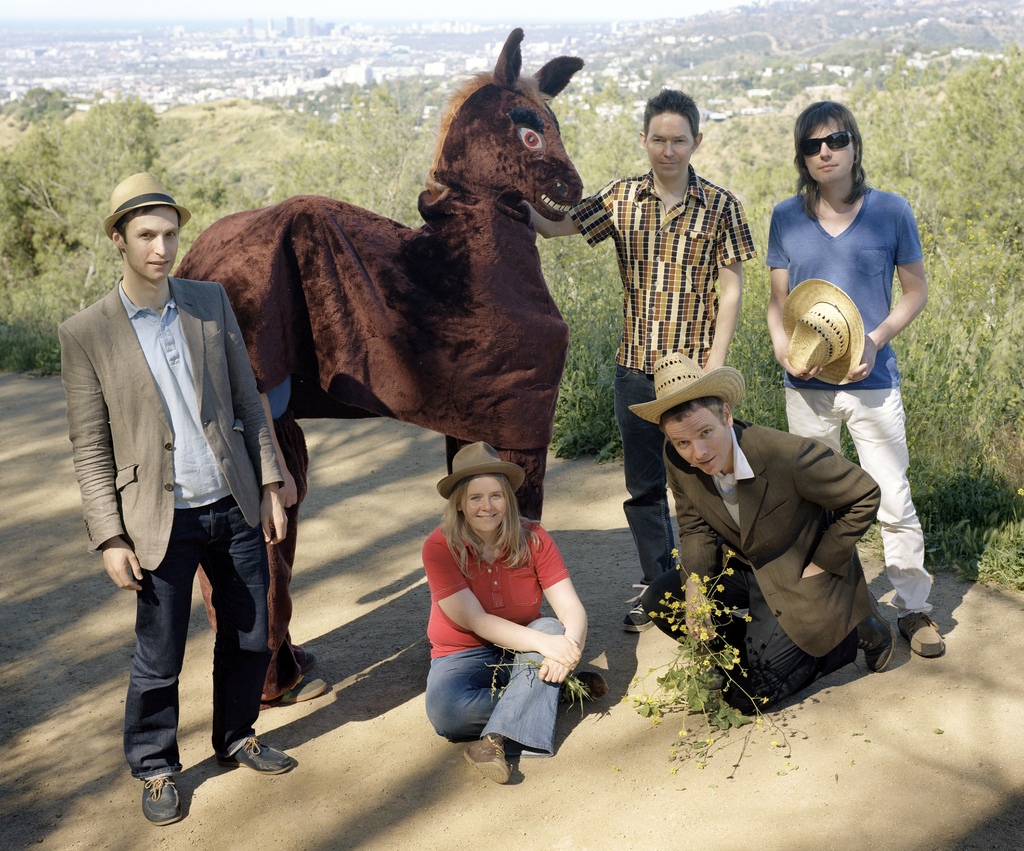 After floating around the stage for 90 minutes, dancing to the sound of his band’s subtle, harmonious tones, Stuart Murdoch proved last night that he is still as classy and jovial a performer as he ever has been. The Glaswegian musician, who has been Belle and Sebastian’s front man for almost 20 years, lit up an otherwise dull Monday evening in London, in front of an audience of devoted fans at Methodist Central Hall, Westminster.

Murdoch and his gang threw down the gauntlet – albeit in a typically polite fashion – with ‘Nobody’s Empire’, a bouncy political tale from the band’s new album, ‘Girls in Peacetime Want to Dance’. Their new song was difficult not to like. It’s just a shame it came so prematurely, as it seemed a tough act to follow. Murdoch did his best to keep the audience happy by reeling out a number of witty one liners – referencing booze, politics and cocaine – and humming sweet melodies in true B&S fashion. Despite his best attempts to steady the ship it still felt like the show was broken in two. A great start and well-rounded finish, was separated by a lacklustre middle, after new tracks like Piggy in the Middle failed to pack a punch.

Conversely, ‘ The Party Line’ went down incredibly well with the crowd regardless of sounding a little Daft Punk-esque. It was the old classics that roused the most enthusiasm, with the audience seeming to enjoy ‘We Rule the School’ from Belle and Sebastian’s 1995 debut album, ‘Tigermilk’. The lyrics: “Do something pretty while you can, don’t fall asleep, reading the gospel to yourself, is fine,” felt right at home in the former Methodist Church.

But with religion comes love and grief, and midway through the show both of these feelings were represented, strangely, by means of a marriage proposal and a song by Stevie Jackson about a painful breakup. The marriage proposal, by a member of the audience, came first and Murdoch even invited the couple on stage to whisper ‘Piazza, New York Catcher’ – their favourite B&S track – to them. The warm atmosphere soon subsided, though, thanks to Stevie Jackson’s rendition of a ‘Perfect Couple’ – a dark, angry song about a relationship drenched in agony following an affair.

All was well again in the final third when the veterans reverted back to one of their trademark hits, ‘I Didn’t See it Coming’, sang beautifully by Sarah Martin, who has been in the band since 1997. And the penultimate song ensured everyone went away smiling, as the Scottish band performed ‘The Boy with the Arab Strap’, to its dedicated fans and welcomed a lucky few of them on stage to have a boogie.