Describing themselves as a “(fucking) loud instrumental band”, Liverpool’s Alpha Male Tea Party have announced a fresh signing to Big Scary Monsters Recordings for the release of third album, titled health, on 23rd June Commenting on the new material, the trio say: “We spent a while working out how we wanted to make it happen and decided to be a proper […] 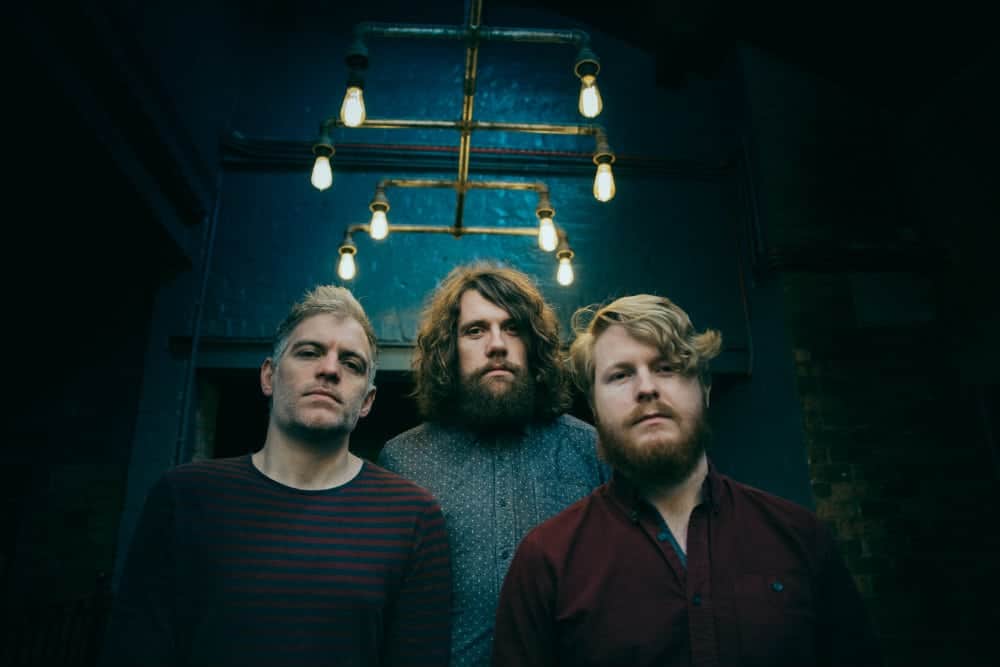 Commenting on the new material, the trio say: “We spent a while working out how we wanted to make it happen and decided to be a proper band this time, so we booked out a residential studio in the beautiful Oxfordshire countryside for a week to create our newest Ugly Baby. We are over the moon with how the album came out. It’s probably the first time we’ve truly got what’s in our heads properly on to record.”

The band have also revealed a string of UK headline dates and festival appearances (details below), alongside streaming new album track ‘Nobody Had The Heart To Tell Him He Was On Fire’ in full.

Following on from 2014’s critically acclaimed second full length, Droids, having spent the best part of three years touring both the UK and Europe as well as appearances at ArcTanGent, Handmade and Strangeforms Festivals, their latest offering was recorded at Woodworm Studios in Oxfordshire and produced by band member Tom Peters (The Fall, Big Country, Cleft, Falls, Axes and more).

Citing influence from the likes of Everything Everything, Deftones & Three Trapped Tigers, on Health, the band delve ever further into their multi-layered, effects-strewn, experimental world that’s seen their fan base increasingly swell since their self-titled 2012 debut.