By Rob Foster @futuresinfinite In 1995 Will Hutton’s “The State We’re In” entered the bestseller lists and encapsulated a moment of change for Britain’s politics. Following the end of Thatcher’s reign and the fracturing rancour of John Major’s term as Prime Minister, Hutton’s diagnosis of need for a radical shift from Thatcherism to “stakeholder capitalism” […] 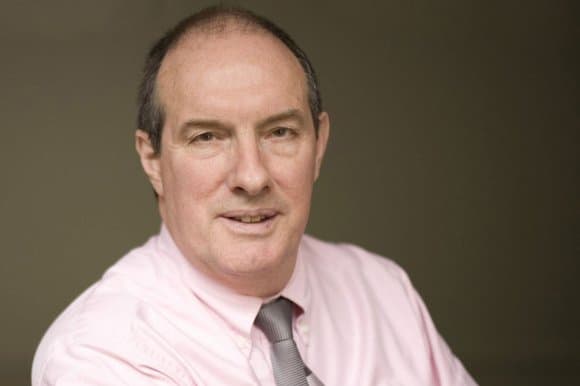 In 1995 Will Hutton’s “The State We’re In” entered the bestseller lists and encapsulated a moment of change for Britain’s politics. Following the end of Thatcher’s reign and the fracturing rancour of John Major’s term as Prime Minister, Hutton’s diagnosis of need for a radical shift from Thatcherism to “stakeholder capitalism” captured (fleetingly, at least) the prevailing mood that would bring Tony Blair’s New Labour to power. It was a rare example of a work of political economic analysis that gained a much wider audience and readership. Twenty years on, Hutton returns to the themes and concerns of his earlier book to assess the state of Britain as we head towards another potentially seismic political moment.

Perhaps unsurprisingly, Hutton does not view the last two decades as a success. The New Labour era was, as he states, “my generation’s chance…but the opportunity was squandered.” The early promise of the Blair years and successes such as the minimum wage and constitutional changes gave way to what the author characterises as an unwillingness to “frighten the capitalist horses”. The stagnation of reform and the subsequent financial crisis lead Hutton to confess “my generation has not served its children well.”

Reviewing the current political landscape, How Good We Can Be details a British economy and society beset by a range of ills. There is a lack of trust in public institutions, brought about by mismanagement, political scandals and the dominant neoliberal narrative of the small state. The financial crisis and subsequent lack of investment in enterprise entrenches disadvantage and discourages innovation. Debt outweighs equity. Business finance and leadership focussed purely on short-term share price changes rather than long term investment and growth, which further drives the disparity between executive pay and average incomes. The growth of zero-hours contracts and the decline of employment rights and career development options rrative purely on share price rather than long term dership. ates, “ead towahave formed a brutalised labour market which view the “worker as a disposable commodity”. Local government has been emasculated and power centralised. Trade Unions have been marginalised and weakened to the extent that their legitimacy is questioned and voices are unheard.

The consequence of these issues and others is what Hutton terms the “cancer of inequality”, where “there is no sense of common purpose [and] creative, social, economic and political interaction and deliberation becomes impossible”. However, despite the gloominess of this prognosis Hutton remains convinced of the possibilities for change: as he says, “the future does not need to be dystopian”. Rather than merely bemoan the current problems, How Good We can Be also aims to set out an alternative roadmap for a new direction for the British economy.

This direction illustrates a central element in Hutton’s worldview, incorporating “the open Enlightenment values and spirit that so animated the first Industrial Revolution” to maximise the opportunities for change offered by digitisation, science and innovation. In order to achieve this, the author sets out a programme of proposals to address the nation’s ailments in 2015 and beyond to become “the world’s leading smart society”.

Hutton is an unapologetic Keynesian, and it is indicative of the current dominant narratives in economic policy that this approach seems so radical. The state “must act purposefully” in Hutton’s view “as the equal partner of business, finance and universities in a dense network of interactions, sharing, co-creating and co-funding”. He proposes a new Companies Act as a measure to ensure directors are held accountable for their company’s purpose, rather than share price alone. Annual reports should focus on investment, human capital development, supply chain relations and so on in addition to financial reporting. Some Non executive directors should be trustees, elected by the workforce to represent the employee stakeholders. Reinvented and reinvigorated Trade Unions could partner with firms to work towards better skills, higher wages and long-term workforce investment. Fairness and public good regain currency. And although Hutton dismisses Socialism as a failure and nationalised industry as a statist monoculture, he does make the case for outright public ownership of organisations, such as the rail network, that meet his criteria for public control. Whilst hardly revolutionary, this approach again highlights how much the author is swimming against the tide of conventional free market economics and current British political thinking.

A central plank in Hutton’s platform is the case for devolved power, identifying along with many other commentators that the Scottish referendum campaign has fundamentally altered the democratic landscape across Britain. A “proper federal structure” of nations, regions and cities within Britain will re-legitimise local democracy and accountability and enable co-creation with business. The current centralised system of Whitehall control is memorably described as “a form of internal colonialism”, and Hutton’s prescription of enhanced revenue raising capacity, unified local budgets, and decentralised infrastructure and investment spending chimes with many of the recent arguments for city devolution from Greater Manchester, the Core Cities and the RSA City Growth Commission. Ignoring this opportunity for subsidiarity, Hutton argues, will lead to “the disintegration of the UK within the next twenty years.”

The eloquence of Hutton’s arguments, however, does not mask some of the flaws. This is a book about Britain, and therefore focuses its attention on the business, politics and society of the UK. Unlike Hutton’s previous works, however, little attention is given to international affairs beyond the strong rebuttal of right wing nativism and Euroscepticism. The impact of the economic crisis in Greece, Spain, Italy or elsewhere goes unmentioned; and thus the very major upheavals faced by traditional political parties in Europe and, more pertinently, Britain, get scant attention. Yes, UKIP and the SNP are referred to in passing, and the Liberal Democrats are written off as fatally damaged by the Coalition. But Hutton’s view essentially boils down to Conservative versus Labour; the former a protector of vested interests weighed down by the Thatcherism that “wrecked a once great political party: the latter “in transition…it knows the socialism it used to champion no longer functions: it knows neoliberalism does not work either.” The potential for change, for innovation, for new ways of doing politics is absent; indeed, in a text of nearly 250 pages the call to arms for Labour to lead the way takes up approximately half a page. For a manifesto for new ways of working, new frontiers of possibility, the accumulation of progress, this seems a poor return. It also seems discordant when compared to the considerable attention paid to pointing out just how wrong New Labour were to ignore the arguments and conclusions of his 1995 text. The disenchantment is clear but Hutton does, well, labour the point somewhat.

These issues aside, however, How Good We Can Be does succeed in both pointing out fundamental flaws in Britain’s political economy, and in identifying potential ways forward. Some of these proposals, such as disbanding the Treasury are, to use a phrase used by Hutton himself, political dead letters. It is hard to imagine an administration of any form taking that step. But the crucial point is that Hutton is willing to confront the issues in a positive and progressive way. Perhaps most successfully, Hutton’s argument that Britain currently suffers from a crisis of ideas is challenged by his own work and the reactions to it. The calls for mass flourishing, a social contract, taxation as a badge of citizenship – all of these concepts will trigger debate, hostility and the “democratic conversation about how to build a better capitalism”. As he says, “the challenge is to shape this future rather than be shaped by it.”

The book is Published by Little Brown, February 2015