The International Deptford Heritage Festival will pay homage to Kath Duncan 100 years on from key civil and LGBTQ rights battles with a production of the play Liberty. Red Blouse Theatre, a local radical theatre company first formed in the 1930s and newly re-formed for the festival, will stage the production of a highly acclaimed […] 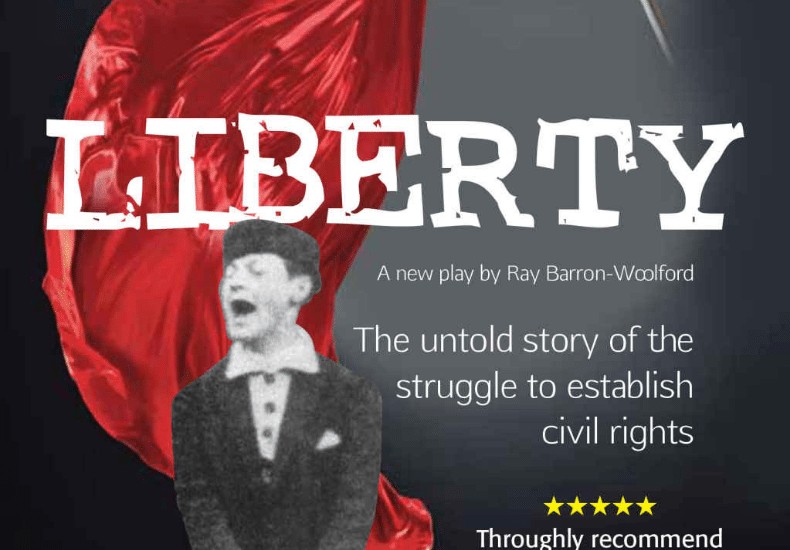 The International Deptford Heritage Festival will pay homage to Kath Duncan 100 years on from key civil and LGBTQ rights battles with a production of the play Liberty.

Red Blouse Theatre, a local radical theatre company first formed in the 1930s and newly re-formed for the festival, will stage the production of a highly acclaimed play that tells the story of Duncan, one of the most significant Scots and UK civil rights activists of the past 100 years, whose campaigns in the 1930s laid the groundwork for The National Council Of Civil Liberties.

The cast includes Emily Carding, who will play Kath Duncan, and Alex Reid, who will play Fred Copeman. Based on historical sources, it will showcase how Duncan’s work laid the groundwork for many of the freedoms we all enjoy today.

Play author Ray Barron Woolford said: “It seems extraordinary that most people are at least aware of the importance of Nelson Mandela for South Africa, of Martin Luther King, Malcolm X and Stonewall for the USA, and of Gandhi for India, while almost no one, including leading human-and-civil-rights lawyers, are aware of the importance of Kath Duncan for the UK, and how a key battle for civil and LGBTQ rights was fought and won here in Deptford.

“In the year in which we celebrate 100 years of women’s activism, it seems more than appropriate that Kath Duncan, one of the most vigorous and successful activists of her time, be brought out of the obscurity to which she was condemned, most likely on account of her gender, sexuality, class, and politics.”

Traditionally held over the first bank holiday in May, the Deptford Heritage Festival brings together local schools, community groups, choirs, artists, writers, performers, poets, musicians, historians, and local residents of all ages and diversity, to celebrate community and working class history at a period in our history in which gentrification seems about to erase the area’s awesome heritage, identity, sense of community, and place and importance in world history.

The 3rd International Deptford Heritage Festival will be London’s largest heritage festival and will run from 1 to 28 February 2019. Tickets for Liberty cost £15 and give free access to ALL other festival events except for the History Tour Bus.

They are now on sale now from seetickets.com and ticketsauce.com. All profits from the festival will fund a school holiday project run by the local community that keeps kids fed and safe during the school holidays.