John Ruskin (8 February 1819 – 20 January 1900) was the leading English art critic of the Victorian era, also an art patron, a prominent social thinker and philanthropist. He even wrote a fairy tale. He loved to express the connection between nature, art and society. In the course of his deeply personal work, he […] 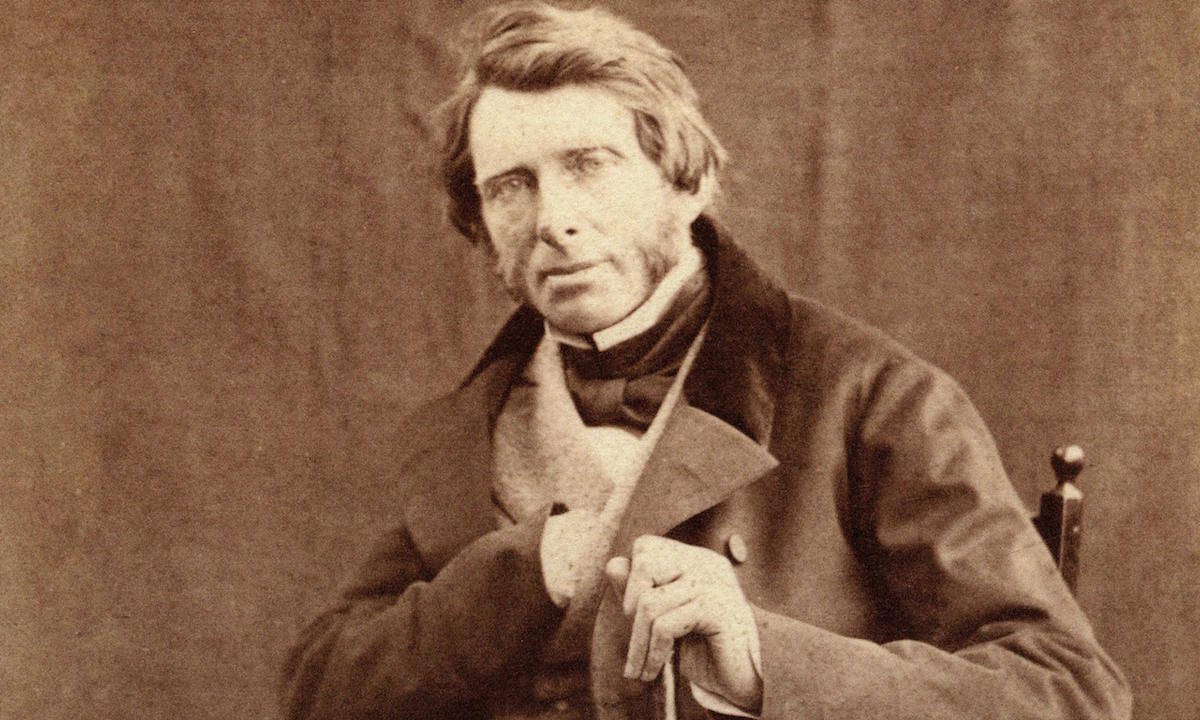 John Ruskin (8 February 1819 – 20 January 1900) was the leading English art critic of the Victorian era, also an art patron, a prominent social thinker and philanthropist. He even wrote a fairy tale.

He loved to express the connection between nature, art and society. In the course of his deeply personal work, he developed the principles underlying his ideal society.

Ruskin first came to widespread attention in defence of the work of J. M. W. Turner in which he argued that the principal role of the artist is “truth to nature”. With this in mind and the forthcoming release of the film Mr. Turner (directed by Mike Leigh and starring Timothy Spall) we decided to rediscover his best quotes.

1.People are eternally divided into two classes, the believer, builder, and praiser, and the unbeliever, destroyer and critic.

4.You may chisel a boy into shape, as you would a rock, or hammer him into it, if he be of a better kind, as you would a piece of bronze. But you cannot hammer a girl into anything. She grows as a flower does.

5.It takes a great deal of living to get a little deal of learning.

7.It is his restraint that is honourable to a person, not their liberty.

8.Large fortunes are all founded either on the occupation of land, or lending or the taxation of labour

9.The anger of a person who is strong, can always bide its time.

10.The common practice of keeping up appearances with society is a mere selfish struggle of the vain with the vain.

11.The highest reward for a person’s toil is not what they get for it, but what they become by it.

12.There is no wealth but life.

13.Be sure that you go to the author to get at his meaning, not to find yours

14.No person who is well bred, kind and modest is ever offensively plain; all real deformity means want for manners or of heart.

15.You should read books like you take medicine, by advice, and not by advertisement.

17.What right have you to take the word wealth, which originally meant well-being, and degrade and narrow it by confining it to certain sorts of material objects measured by money.

18. Government and cooperation are in all things the laws of life. Anarchy and competition, the laws of death.

19.An unimaginative person can neither be reverent or kind.

20. The purest and most thoughtful minds are those which love colour the most.

21. When a man is wrapped up in himself he makes a pretty small package.

22.The higher a man stands, the more the word vulgar becomes unintelligible to him.

23.Fit yourself for the best society, and then, never enter it.

24.Men don’t and can’t live by exchanging articles, but by producing them. They don’t live by trade, but by work. Give up that foolish and vain title of Trades Unions; and take that of labourers Unions.