By Jack Peat, Editor of The London Economic  At the back of Turnham Green tube station is one of those cultural gems that reaffirms your choice to live in the cramped, hectic and pricey urban sprawl that is London. The Tabard Theatre lies above the Tabard Pub in Chiswick and has developed a good reputation […] 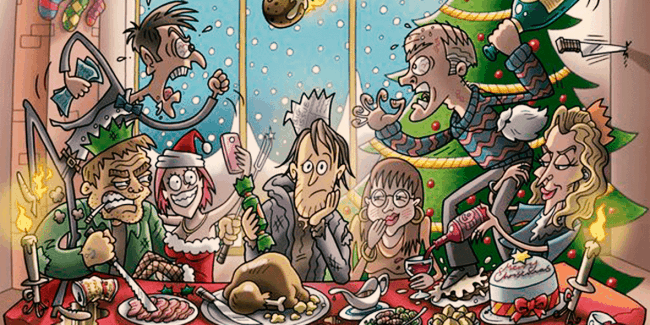 At the back of Turnham Green tube station is one of those cultural gems that reaffirms your choice to live in the cramped, hectic and pricey urban sprawl that is London.

The Tabard Theatre lies above the Tabard Pub in Chiswick and has developed a good reputation in its short history for new writing with in-house shows enjoying success on the West End and on the national circuit. On a chance Saturday afternoon I called into the pub after visiting a nearby butchers that had been given – justifiably – rave reviews and before I’d even taken a sip of my ale I had bought two theatre tickets and made dinner reservations for the following weekend; Some people need a Black Friday to make impulsive purchases, I need cultural hot spots.

So on a mild winter’s evening my girlfriend and I found ourselves in the snug of the pub after making the short walk from the traditional tube station that lies on the long stretch of line that hugs Chiswick high street from Acton Town to Hammersmith. The ornate waiting rooms on the station platform were reminiscent of the wood paneled snug where we enjoyed a typical Taylor Walker pre-theatre meal before purchasing a bottle of Rioja from the bar and making our way to the entrance of the theatre which is accessed via a sheltered red-carpeted stairwell that winds around the pub’s beer garden and up to a small box office that is steps away from the stage and its intimate 90 (or so) seat auditorium.

Cramped it may be, but it’s hard not to fall in love with the small Tabard Theatre. Traditional red velvet theatre seats extend towards the back of the room in terraced fashion, our bottle of wine plonked between the seats and a hearty glass in hand ready for the show to begin. The set is a traditional family living room with drinks and snacks laid out, the opening scene welcomes Phoebe Batteson-Brown as the frisky, mischievous daughter Jenna, soon to be joined by her parents Nikki Squire playing Tamsin and Mike Duran as dad Harry.

The premise for the show is a very proper middle class family (albeit with an improper daughter) who reach out to a homeless man (or tramp, if we’re to support the cross-social class premise) on Christmas day in some pseudo-religious act of good will. Stereotypes are cast and the stage is set for a somewhat obvious, albeit potentially interesting journey of enlightenment where Christmas is the day in which we all become people without class or status, rubbishing the material elements of the festive period in an attempt to unveil some sort of love and compassion because isn’t that what it’s all about.

Unfortunately this premise goes awry when Simon Mitelman, playing uber-competitive Donald, and his dolly wife Marissa, played by Sarah Hannah, are introduced to the show along with their ‘tramp’ Den, played by Jim Mannering, who aggressively confronts his intelligent and kind-natured counterpart Rory played by Michael Longhi. From this moment the play becomes unnecessarily violent, inappropriately sexual and rids any potential for embedding important undertones in exchange for some absurd plot that requires constant suspension of the imagination.

Doubtless it is an entertaining show and I wouldn’t advise avoiding because of missed opportunities at making it more meaningful, but prepare for your imagination to be stretched and perhaps be forgiving of a plot that will tussle, often unnecessarily, with hard-hitting scenes such as rape and murder without so much as a how-do-you-do. And if you feel you’re already well versed in the short-sighted nature of middle-class pompousness then it may be a waste of your evening, but I must say, the venue alone is worth the price of a ticket.