In the immediate wake of Brexit, British citizens had a minor meltdown. There were multiple reports of people who had voted to exit only to demonstrate their discontent, and calls for a second referendum once citizens understood how high stakes their decision really was. The FTSE 100 plummeted, the value of the pound fell to […]

by Ollie McAninch
in Economics 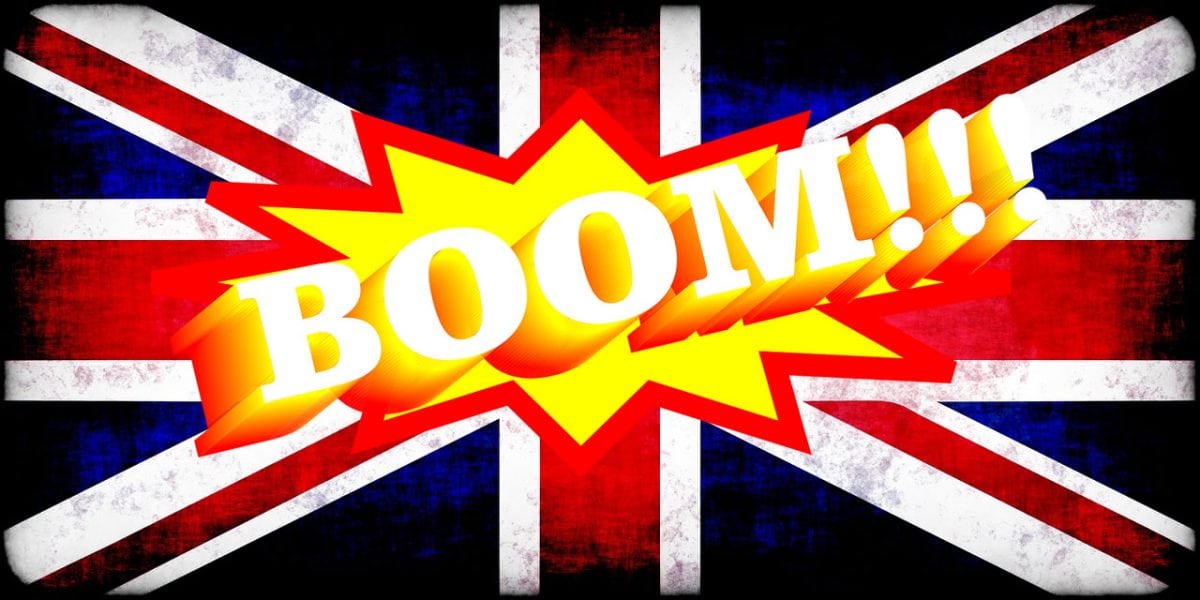 In the immediate wake of Brexit, British citizens had a minor meltdown. There were multiple reports of people who had voted to exit only to demonstrate their discontent, and calls for a second referendum once citizens understood how high stakes their decision really was. The FTSE 100 plummeted, the value of the pound fell to a 31-year low, and there were doomsayers on every corner.

So it comes as nothing short of a surprise to see that, nearly three months down the line, Britain’s economy is thriving. The nation’s high streets are heaving with shoppers, tabloids (those of which incidentally backed Brexit) are talking about a post-Brexit boom, and those who voted to leave are looking decidedly smug…

Much of this apparent health can be attributed to exceptionally strong retail sales. August saw some of the healthiest figures in six months according to industry data, and this alone was enough to reverse much of the damage done by the initial post-Brexit drop.

Indeed, this trend is largely due to the weakness of the pound; a fact that originally panicked many. Its newfound competitiveness has actually helped to attract overseas buyers, catalysing an increased demand for British goods.

The Benefits of the Bank of England’s Interest Rate Cut

It is not only retailers who seem to have benefitted from these post-Brexit changes. Although the British finance ministry warned that a potential Brexit could have a devastating impact on borrowing costs, severe enough to drag the economy into a ‘DIY recession’, these fears seem to have proved ill-founded.

Instead, many mortgage borrowers look to have gained, thanks to the Bank of England’s 4th August interest rate cut, and British equity markets have risen.

According to economists, however, jubilation over these events is premature. Former Bank of England interest rate setter Charles Goodheart cautions: “It would be very dangerous to take a position either that it’s all going to be alright and that the fears were massively overdone, or that the fears were justified. The answer is, frankly: we don’t know.”

Let’s face it, Brexit hasn’t actually happened yet, but the pre-Brexit jitters show signs of settling down for now.

Economists remain conservative in their optimism, although the financial markets appear to be more enthused by this data, and the FTSE 100 has risen by almost eight per cent post-referendum. The FTSE 250 has also grown, by roughly five per cent.

According to trading experts FxPro, this is largely because shares in these companies have been helped by overseas earnings, which have risen thanks to the decreasing value of sterling. This has helped to boost manufacturer’s imports, and thus improved the overall competitiveness of British produced goods.

The value of sterling has risen in response, with investors taking this upbeat data and drawing confidence from it. This means that although the pound remains roughly 11 per cent lower against the dollar than it was prior to the leave vote, it is making steady gains against most major currencies.

The totality of these factors can only be described in one way: promising. Although it is still too early to say with confidence that Britain will avoid the worst ravages of its newfound independent status, we can say that the recession which mere weeks ago was being described as unavoidable, is now only one possibility amongst many. The country has proven stronger than it believed itself to be, and may yet continue to surprise us all.

Although the country seems to be recovering from the initial Brexit shockwaves, we’re yet to see the effect on the markets when/if Britain actually triggers Article 50 to start the formal leaving process. Many economists argue that we’re only looking at the short term indicators and the real impact will be seen over the course of decades, not weeks.

It’s a case of watch this space, if you’re young enough.