When thinking about European versions of Silicon Valley, three cities come to mind — London, Berlin and Amsterdam. All three are unique and ready to rival each other to be the most fruitful in promoting new business and the most successful in acquiring funding. Recently, however, the amount of venture capital funding that has been […]

by Jack Peat
in Business 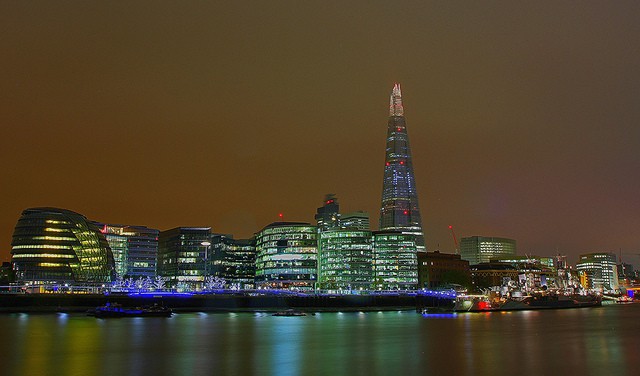 When thinking about European versions of Silicon Valley, three cities come to mind — London, Berlin and Amsterdam. All three are unique and ready to rival each other to be the most fruitful in promoting new business and the most successful in acquiring funding. Recently, however, the amount of venture capital funding that has been invested in London has surprised even the most optimistic of expectations, leaving everyone wondering if the Tech City is turning into a Tech Empire.

As reported by London and Partners, capital-based tech companies have received record investment last year. This amounted to £1.6 billion, contributing 63% of overall investment in the UK which reached £2.5 billion in total. One of the heaviest recipients of this funding was Deliveroo, which received a staggering £46 million. The general pattern revealed an increased focus on online-based companies as the number of software developers is currently higher than ever. Thanks to an increasing amount of venture capital, the city now has a chance to finally be the home multi-billion valued companies. With over 3,000 companies for every square km and one of the most skilled labour forces in the world, there is a high chance that one of them will be the new unicorn that even the southern San Francisco bay area will envy.

Yet, London is running head to head with another tech capital — Berlin. Prior to October 2015, new businesses in the city received £1.7bln. A new startup is created in the city approximately every 20 minutes and 1 in 8 jobs is within the digital industry. Investors have learned to accept that higher risks and lower interest rates are normal, and therefore startups have begun to flourish. Creativity is key in Berlin and visions of success almost come second to this. Berlin patents three times more than London, but the salaries are lower by £7,000. Legislation would appear to be the factor that stops the city realising its full potential, as some tax reduction proposals are still under negotiations.

Amsterdam, the city of tulips and startups follows next after London and Berlin. As an example in 2015, city-based company TravelBird received investment from Rocket Internet totalling around £12.5 million, which, together with previous investment, amounts to £23.6 million. The company is only one of 294 other companies who received funding in the city. Moreover, Amsterdam is recognised as one of most flexible and innovative places for tech companies to grow with the fastest internet connection in Europe and around 165 investors who engage in funding new businesses.