For a man who has lived in Britain all of his life, Robbie has had very little exposure to football. His isolated town seven miles south of Glasgow is smack in the heart of rugby union territory and he has little interest in the fierce rivalry between the green and white hoops of the East […] 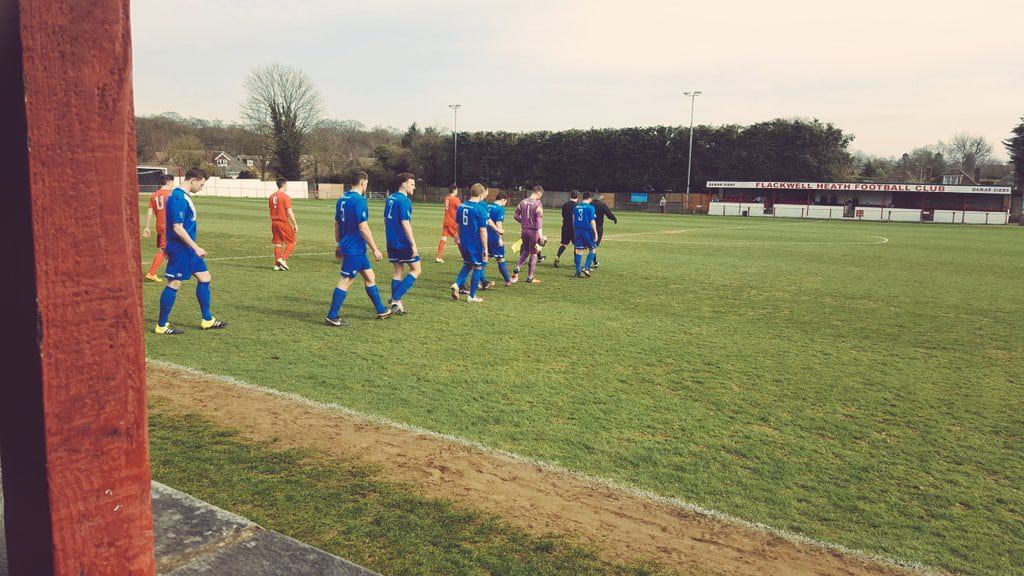 For a man who has lived in Britain all of his life, Robbie has had very little exposure to football. His isolated town seven miles south of Glasgow is smack in the heart of rugby union territory and he has little interest in the fierce rivalry between the green and white hoops of the East End or the Blues of the West. So it wasn’t until he landed a job in London and a houseshare with two football fanatics that he got a taste for what it’s all about.

“Wait, are you telling me that all these teams will play today at 3pm?” He said as I panned through the league games for score-draws. There’s upwards of 30 games played in the league alone on any given Saturday, even accounting for Friday and Sunday fixtures, and at any one of them between 3,000 and 73,000 fans will be in attendance, an astronomical amount by any account.

But his eyes didn’t really open to England’s love affair with the beautiful game until I took him to a match at Dulwich Hamlet. Playing in the Isthmian Division One South at the time, or the eighth level of the football pyramid, they were pulling attendances of over 2,000 people and even had a sect of Ultras fans that followed them everywhere they went. Even the teams with little or no hope of reaching the glitz and glamour of the football league can pull large attendances, and in the case of Dulwich Hamlet, it is because of it.

For those unfamiliar, this is how the football league pyramid works for the southern teams. At the very basement (level 9) you have the top divisions of a large group of sub-regional leagues, think Epsom and Ewell, Chertsey and Colliers Wood United. That league feeds in to the Isthmian League, which has two parallel divisions of 24 teams each – Division One North and Division One South. Get promoted into the Premier Division – think Billericay Town, Grays Athletic, Met Police and Havant and Waterlooville – and you have a chance at the National League South, which feeds into the National League and then the football league. Up until that point, you have what I would call the teams that make up ‘the magic of the FA Cup’, and this weekend marked the start of the first round qualifying.

The (Real) Magic of the FA Cup

So what makes it magic? Well, for a start, it drags up some great team names. Oxfordshire’s Wantage Town, the mighty Sun Sports (not to be confused with Sun Sport) of Watford, Romulus FC and Swindon Town’s lesser counterpart Swindon Supermarine. It also necessitates that you watch football live. And not the £50-a-pop Old Trafford experience, I’m talking about the fiver on the door, beer in hand and arms slung over a terrace railings experience in stadia that looks like it has been knocked together out of wooden pallets. I’m talking about the smell of grass, fags and the occasional waft of sweat from the big number 9 who played for Wimbledon in the 80s. I’m talking football bliss!

What’s more, one or two of these teams might just make it. Like when fans queued for hours outside Cantilever Park to get tickets for Warrington Town’s first round clash with Exeter after they had successfully steered their way through five rounds of the preliminaries. Or when Northwich Victoria and Didcot Town made it through last season, both from the 7th and 8th tier of the football league pyramid.

People like seeing the David’s do well not just because they’re the underdog, but because they symbolise the way football used to be. TV has turned football stupid. Sure it’s allowed the best players and managers in the world to ply their trade in Britain, but it is chiefly responsible for shifting our gaze from what is important to what is irrelevant. Premier League clubs spent over a billion pounds in the transfer window this summer on players earning up to £300k a week. Most folk earn £517 a week, and pay a proportion of that to inflated Sky and BT packages for access to sport.

So how about an alternative? Turn off your tele and get out and see some real football. Handsworth Parramore put five past Squires Gate today. I’d watch that over the Premier League any day of the week.

Full results from today’s games can be found here.