The hipster had it coming. After a decade of beards, tattoos, check shirts, retro glasses and fixed-wheel bikes they became victim of their own subculture as a symbol of gentrifying neighbourhoods. Cocktails in jam jars stopped being cool. Sandwiches served in flat caps just pissed people off and craft beer became a loose translation for “I’m going to add another […] 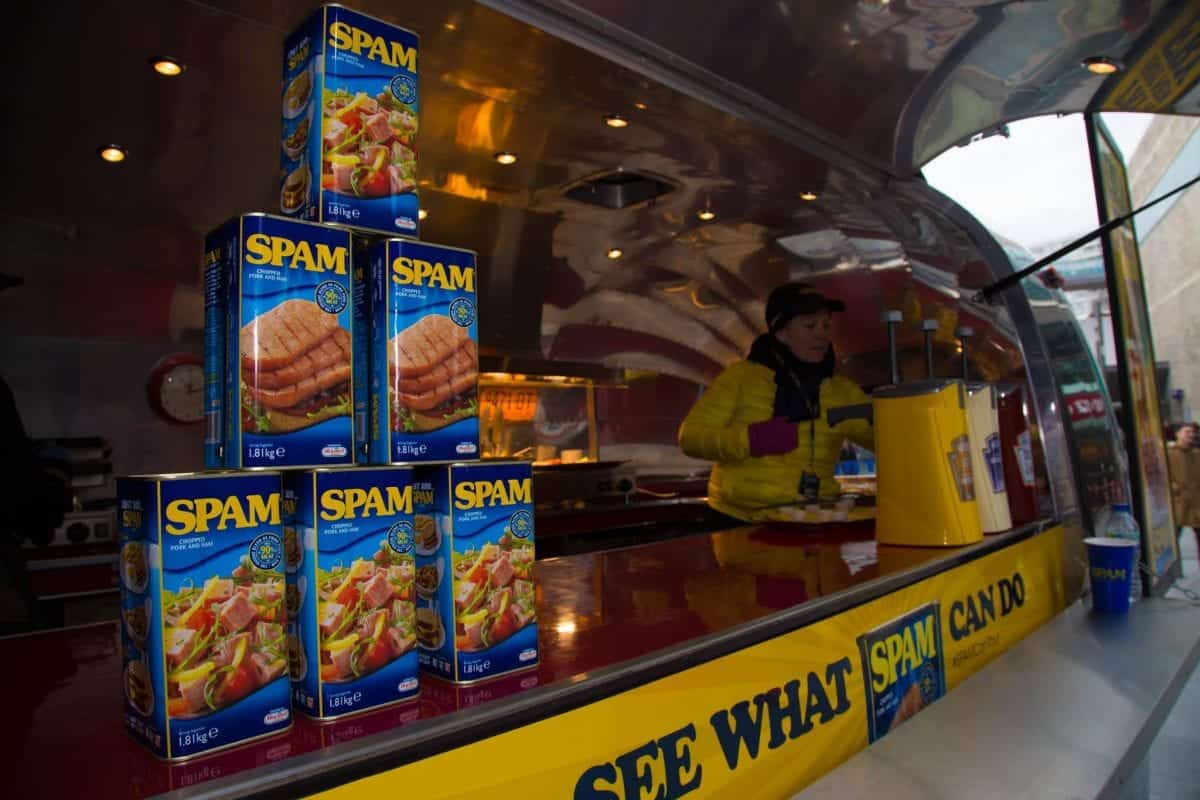 The hipster had it coming. After a decade of beards, tattoos, check shirts, retro glasses and fixed-wheel bikes they became victim of their own subculture as a symbol of gentrifying neighbourhoods. Cocktails in jam jars stopped being cool. Sandwiches served in flat caps just pissed people off and craft beer became a loose translation for “I’m going to add another pound on your pint mate”. Farewell our beady friends, you shan’t  be missed.

Not that I’m against gentrification per se. I enjoy sourdough bread as much as the next man and I’ve been known to indulge in the odd slow cooked meat doused in peri peri sauce when the occasion strikes. But I’m also undeniably fond of the wonderful everyday stuff too. I miss round plates and pimpled pint glasses with warm British beer inside. I miss cheese and onion crisps and pork scratchings, a mug of proper breakfast tea + two sugars and ham sandwiches on mighty white. A full English breakfast, Ribena squash, baked beans and Morrison’s shops. And I could go on.

But to my point. Last year I sent Hormel – the makers of SPAM – an email with a marketing campaign that I was sure would revolutionise the brand. Commonly regarded as an out-of-date staple of the post-war era, SPAM has struggled to carve out a market in contemporary London, but as we abandon hipster chic for everyday cool, I gifted them the opportunity to promote the man London has been crying out for: The “everyday hipster”.

We take the death of the hipster as a chance to reinvent it in SPAM’s image. As a ‘pushed pork’ manufacturer, the opportunities were abound. Picture if you will:

The makers of Spam have opened a pop-up ‘Pushed Pork’ Cafe in Shoreditch celebrating everyday foods.

The cafe has been hailed as the birth of the ‘everyday hipster’, replacing pulled meat recipes for humble Spam recipes and switching craft beer for an oversized mug of English tea.

Research by Spam found three in five Brits are fed-up with modern culinary trends and more than three-quarters would prefer ‘everyday’ foods.

Now I don’t know much about viral campaigns but I know this had all the ingredients to go big, so you can imagine my disappointment when I read that the “SPAM Can Tour” had arrived in London this week. The customised Airstream van was turned into a SPAM can on wheels, with free portions of SPAM fries given out to highlight the versatility of the iconic meat.

But here’s the rub. Where is the news hook? SPAM fries? Versatility? Please! After 75 years on supermarket shelves the boys at Hormel are responsible for the greatest viral campaign that never was. Now bring me one of those fries!