What does the future hold for historic pubs, posed Mike Waites in the Yorkshire Evening Post. As community centres, “life once revolved around nights out at the pub”. But better home entertainment, cheap supermarket alcohol, drink-drive laws, soaring land values and the smoking ban have sucked the life out of the once booming industry. The […] 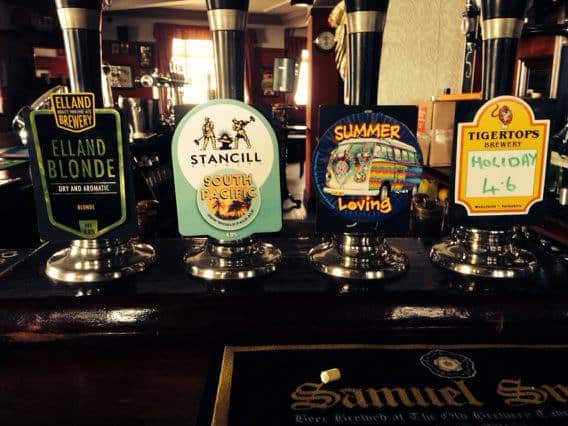 What does the future hold for historic pubs, posed Mike Waites in the Yorkshire Evening Post.

As community centres, “life once revolved around nights out at the pub”. But better home entertainment, cheap supermarket alcohol, drink-drive laws, soaring land values and the smoking ban have sucked the life out of the once booming industry.

The Wykebeck Arms is a stereotypical built-for-purpose Leeds pub of the World War era. With steeply pitched roofs and timber fittings it was designed to serve the new council estate nearby, one of around 1,000 new pubs built in the era stretching from 1920 to 1940 in Neo-Tudor and Neo-Georgian style.

But today it is struggling to attract business, and like the hundreds of other pubs built in the same ilk – there were around 50 pubs closing a week in England in 2009 – it is now facing an uphill battle to avoid been turned in to a supermarket or flats.

It is a demise the new landlady, Angela Spencer, is keen to avoid. But heritage alone won’t save our historic pubs. The Campaign for Real Ale (Camra) is encouraging the nomination of favourite pubs as “assets of community value”, but Warren Yabsley, membership secretary for the Leeds branch of Camra, rightly points out that this won’t change the fact that “drinking habits have changed, demographics have changed and quite often big pubs don’t suit the modern style of drinking”.

Talking to YEP, he says: “I think the key to some of these problems is for the pubs to reassess what they are currently doing for the people around them and come up with new ideas. Every pub is valuable to customers who go there.

“Architecturally, there some fantastic pubs in Leeds especially in the city centre but that doesn’t mean it’s a good pub. It could be plain and simple and still be a fantastic pub. A lot of it is down to the landlord and the pub company as much as the building itself.”

In nearby Castleford, The Junction pub is a shining example of a historic pub that has enjoyed rebirth rather than demise since changing ownership. In his book From Junk to Junction, David Litten documents the renaissance of a pub which a mere five years ago was on track to join the hundreds of other boozers calling last orders for the last time.

Today, ‘The Junkie’ is packed to the rafters with punters wearing ‘I’m a Junction Junkie’ badges whilst enjoying ales conditioned in wood casks in a wonderful community environment. The key to the success of landlord Neil Midgley and Landlady Maureene Shaw is simple; they offer something you can’t buy from the supermarket.

Incentivised by great beer, a warm atmosphere and the occasional ‘Cas Caviar’ punters travel from the Far East (Hull) to enjoy the pub’s offerings. Regular updates on Twitter and a good web presence – something most pubs are failing to do – also keeps the community engaged and helps spread the message. Both are free outlets that are shamefully underused by publicans, to their own peril.

Heritage is one of the many things that makes Britain great, and should of course be preserved. But for Britain’s historical pubs, heritage alone won’t save their bacon. In a digital age drowned in consumerism, pubs have to offer something different to survive. The Junction, Cas, is the proof in the pudding.