It’s a cool evening as our taxi driver meanders through narrow dusty roads elevated above the fertile lands of the delta de l’Ebre. Flamingos and Heron rise above the wetlands, their frail legs mimicking the stalks of the rice plants they tower over. Home to enough wildlife to fill a Dorling Kindersley encyclopaedia this is […] 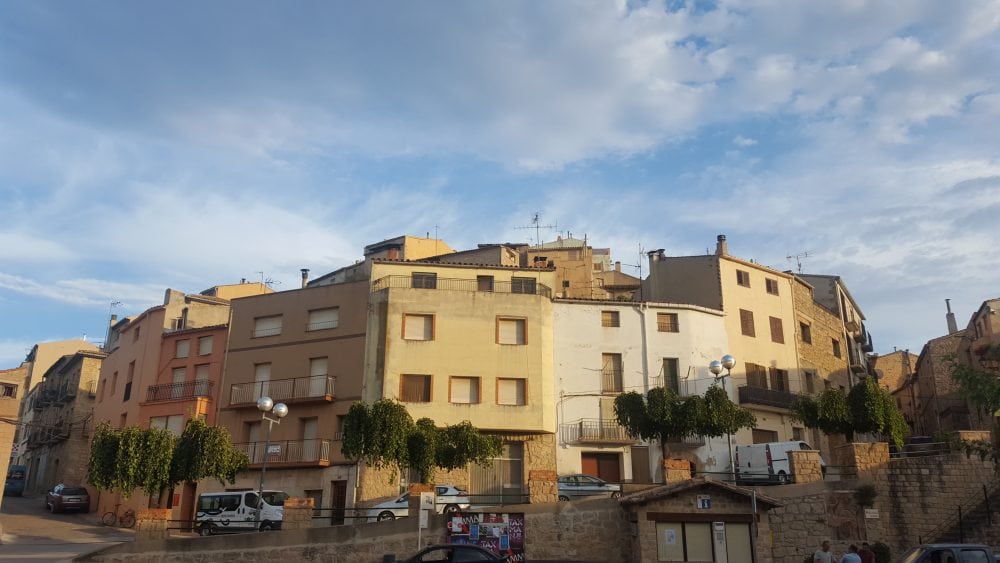 It’s a cool evening as our taxi driver meanders through narrow dusty roads elevated above the fertile lands of the delta de l’Ebre. Flamingos and Heron rise above the wetlands, their frail legs mimicking the stalks of the rice plants they tower over. Home to enough wildlife to fill a Dorling Kindersley encyclopaedia this is a part of Spain that you seldom hear of, and I for one can’t wait to discover what it has in store.

Located within a few kilometres of Reus Airport and near equidistant between Barcelona and Valencia, Terres de l’Ebre is a region steeped in history, environmental treasures and gastronomical treats. Declared a Biosphere Reserve by UNESCO in 2013, it offers a variety of landscapes and a wide range of activities based around 142 kilometres of coastline and the wide and winding River Ebro which is widely recognised as one of the most important rivers on the Iberian Peninsula.

Historically, Terres de l’Ebre has served as a melting pot of civilisations, with Iberians, Romans, Arabs, Jews and Christians passing through the region and leaving important cultural and archaeological legacy. But what it has in historical legacy it is equalled by in natural beauty. With more than 60 per cent of all the bird species in Europe calling the Iberian peninsula home and the great plains of the Delta one of most protected areas in Catalonia the region is renowned as a land of biodervisity which stretches from its fertile wetlands to its rugged mountains. And there is no better way of discovering it all than on the top of a saddle.

The Ebro Delta is one of the most visited natural areas in Catalonia and lies where the Ebro River and Mediterranean meet. The park is of international importance for eight of its plant species and 69 of its vertebrate fauna and has some 95 breeding species of birds and over 300 species of transient and overwintering species.

It is also fruitful grounds for agriculture. Expansive salt pans produce some of the finest sea salt and paddy fields stretch across 28,000 hectares of wetlands producing some 14 varieties of rice at an output of 45 million kg a year! Almost all of Catalonia’s rice is produced here, and the Delta’s rice production makes up 20 per cent of total Spanish rice production. A new visitor centre, the MonNatura Delta de l’Ebre, has been set up to celebrate these aspects as well as giving visitors an insight into the history.

The region is also home to a wealth of seafood. Thanks to the Delta’s unique conditions the oysters and mussels in the Fangar and Alfacs bays are considered to be the best in the Mediterranean sea, producing up to ten million kilos of muscles a year, one million oysters and around 1,000 kilos of clams. On a warm afternoon you can sample over Cava on the Mirador de la Bahia, a singular insulation installation allowing you to enjoy the natural surroundings as you indulge in the fresh produce. 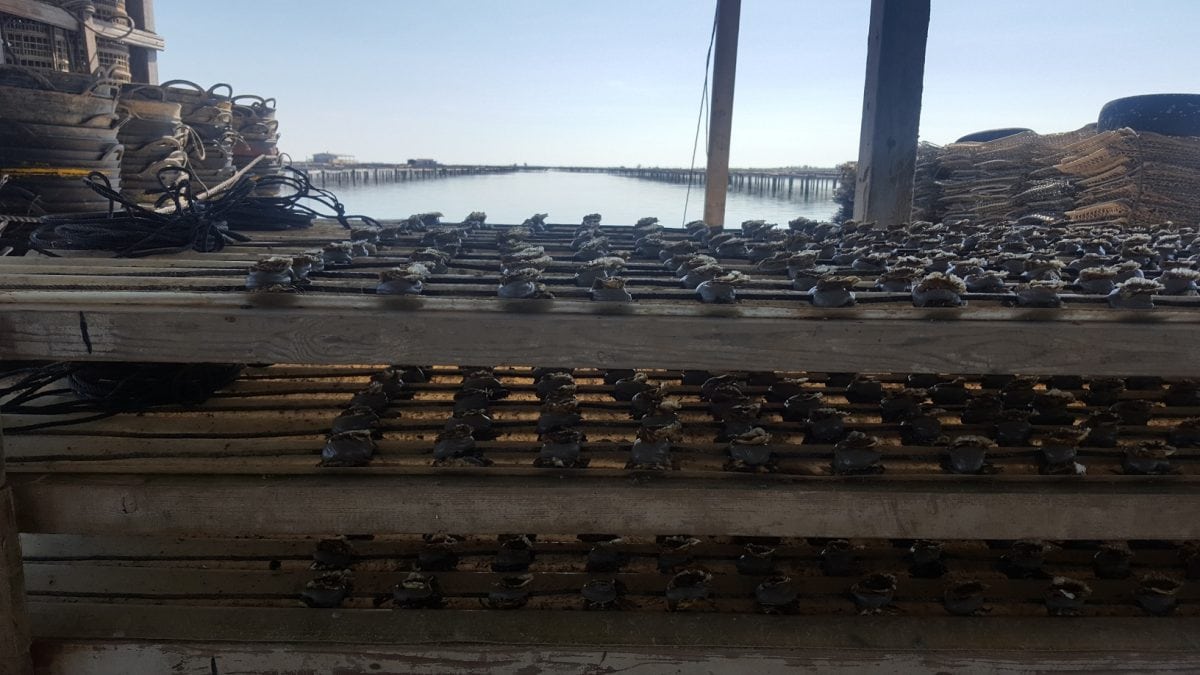 If you enjoy seafood paella, you can’t go far wrong with a restaurant that is literally sat on paddy fields, salt pans and a coastline abundant with shellfish. Algadir del Delta restaurant in Hotel Algadir is based in the quiet town of Poble Nou del Delta, which boasts eight superb restaurants in a town of less than 300 people! The hotel offers modern, luxury accommodation with a restaurant run by the latest generation of the Capilla Pepiol family who have been working to produce and cook with local produce since the 1950s.

The l’Ampolla to Tortosa trail is the perfect way to experience the transition from the wetlands to the mountainous lands of the Terres de l’Ebre. Cycling through the paddy fields that afford a final glimpse of the extraordinary eco-system of the Delta you get frequent reminders of the abundant aquatic wildlife with large numbers of ducks, coots, cormorants and, of course, flamingos, herons and terns.

Tortosa is very close to the Ebre, a river which has been a natural entry from the sea to the interior of the Peninsula since time gone by. The city is linked to the river in both trade and cultural aspects, with Saracens, Jews and Christians leaving a rich historical and artistic heritage which can still be visited nowadays.

Chief on the list of places to see is Tortosa Cathedral. From our birds eye view at the Hotel Parador de Tortosa the behemoth structure is clear to see, but what is particularly fascinating about a construction of its size is how it sits densely packed amongst the other buildings, in some cases even wall-to-wall. A tour around the cathedral will be a strain on your time and your itinerary, but a self-guided look will give you all the ‘wow’ factor you need. 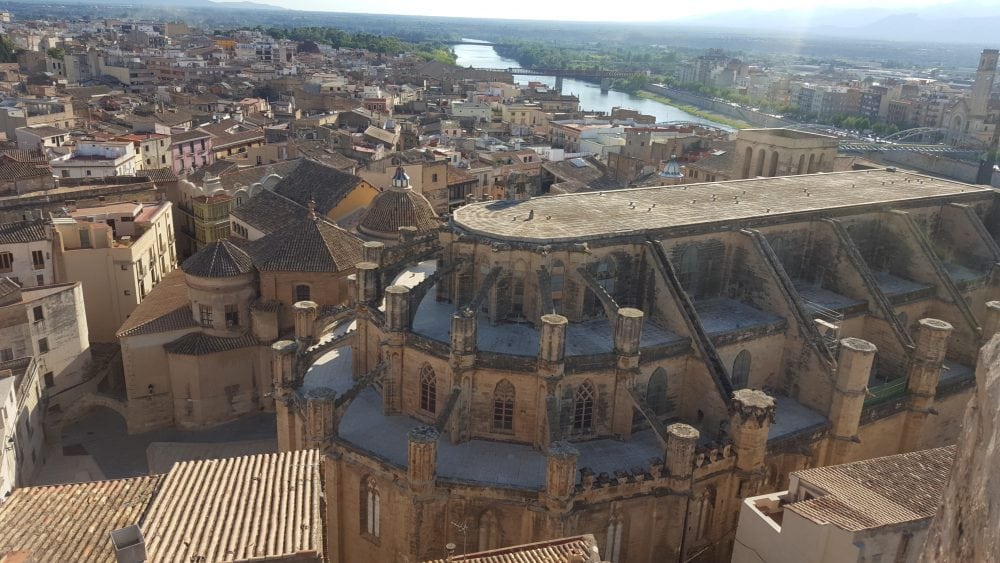 The Hotel Parador de Tortosa is a historic hotel set atop of the city on a steep, windy road which makes great fun for riding down the following morning. Set in a grand 10th-century castle with Gothic-style windows and Ebro River views, the hotel features romantic rooms doused in luxury with all the mod-cons one would expect from modern accommodation. The restaurant features rustic wood ceiling beams, a stone fireplace and terracotta floor tiles, with a menu boasting treats from the land and the sea.

Tortosa is the starting point of the Green Way, which runs along the route of the old Zafan railway line. The line was built to link the towns of LA Puebla de Hijar and Tortosa with a sea port and took some 60 years to build. But despite the huge amount of effort that went in to completing the route it was never finished and thus fell into disuse after just 31 years of service.

But for every cloud there is a silver lining, and what is left is a wonderful cycle route that links the sea to the mountains. Boasting 40 tunnels, viaducts that cut through the rugged terrain of Benifallet and a collection of old stations that now double-up as rest stops for weary travellers it is a joy to tour, and the bounty at the end of the trail makes it doubly worthwhile.

The Wine Cathedral in Pinell de Brai is a wonder to behold, and easily one of the best picks for lunch on the tour. The old cooperative wine cellar still plays a tremendously important role amongst the wine producers in the region, and has stunning interior and exterior make-up. Designed by Cèsar Martinell in 1919 the buildings still showcase ceramic designs made by Xavier Nogués which represent scenes of traditional treatment of grapes and wine production, part of the many immersive experiences you get during a leisurely afternoon at the cathedral.

Horta de Sant Joan is a town that is small in size, but tremendously rich in historical and cultural importance. Thought to be the birthplace of Cubism after two short stays of the renowned Pablo Picasso the artist later said that he came to d’Horta as a teenager and left a man.

On the outskirts of the town is Hotel Les Capçades, which is luxury personified. The rooms have large balconies and in some cases private gardens, with bathrooms that feature hydro massage and shower baths. And to top it off, the restaurant is one of the best on the tour, offering a tasting menu that changes daily. A dish of Lamb Chops with a crust of aromatic herbs and onion pie was a highlight, matched with a stunning local wine.

Miravet is a stunning town set on the rocky banks of the River Ebre, with a grand castle at the top casting a shadow of the buildings that trickle down towards the riverfront. The Castle is of Andaluz origin, but was later converted by the Templar Knights into a Castle Convent around the middle of the 12th century. It is one of the biggest fortifications in Catalonia and one of the best examples of Romanesque, religious and military architecture of the Order of the Temple. 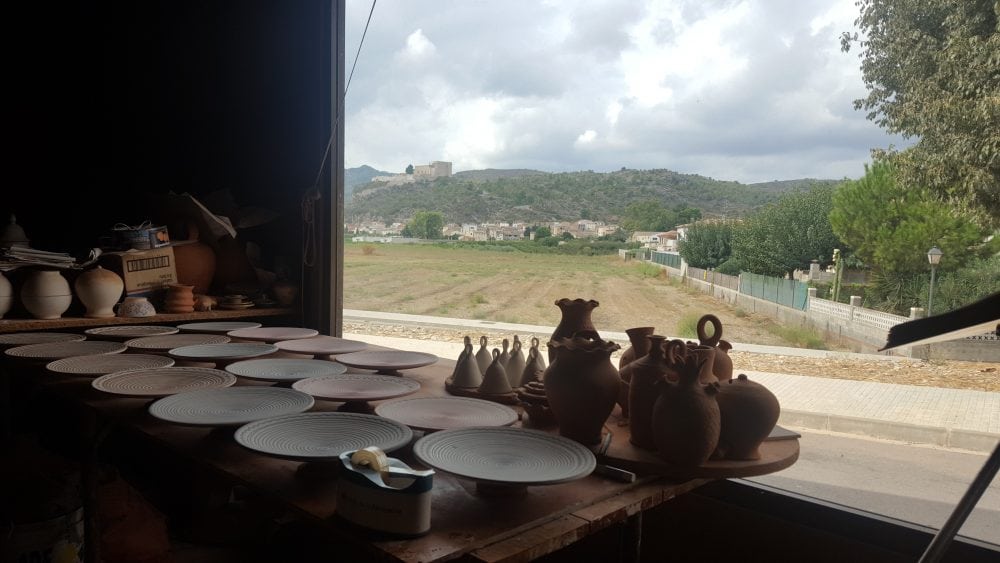 Ceramics has also been a longlasting tradition in the town, and has seduced visitors arriving at this village for centuries with seven workshops still active. The road back to Barcelona includes a crossing at Pas de Braca that uses a traditional type of boat, or punt, which are tied to eachother on a wooden platform and dragged by a metallic cable to both shores. This is the last such crossing that still remains, and offers you a final glimpse of the town of Miravet and the picturesque Terres de l’Ebre. 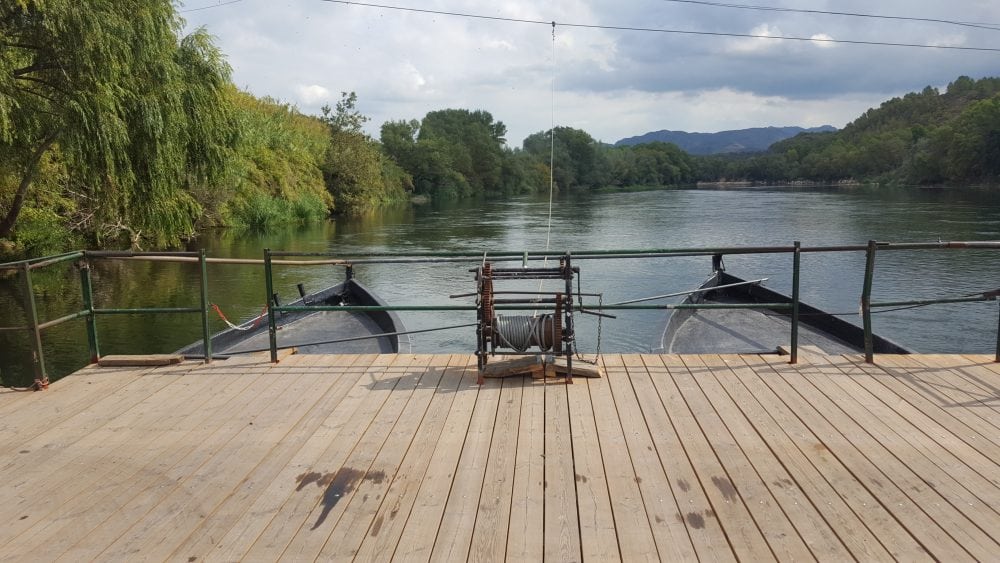 Cycling around the River Ebro for a six night holiday starts from £837. Full details can be found here.