31: Oh, Wii U… (Killer Tofu) Hello, once again, dear reader. Specifically, the reader that got the obscure reference to 90’s Nickelodeon cartoon Doug in this week’s title. Welcome to the bit of the internet where my words get put. This week in Gameland, I’ve been thinking about why the Wii U failed to […] 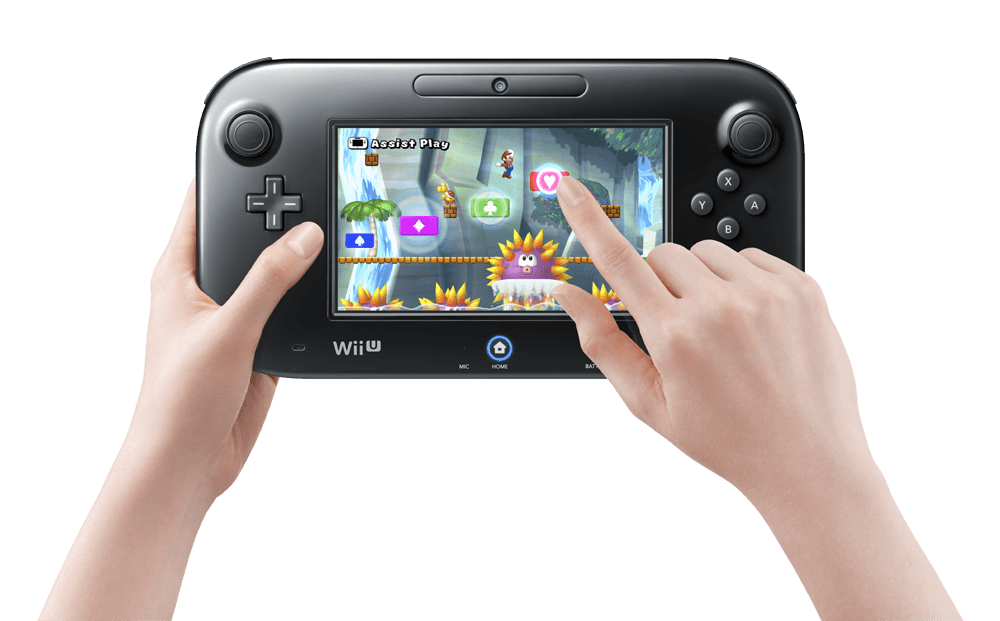 Hello, once again, dear reader. Specifically, the reader that got the obscure reference to 90’s Nickelodeon cartoon Doug in this week’s title.

Welcome to the bit of the internet where my words get put. This week in Gameland, I’ve been thinking about why the Wii U failed to capture the public’s imagination and sell a gazillion units in the way its daddy, the Wii, did. Why am I doing that? Well, yet again, I’ve been covering a couple of the system’s games for Ginx: Pullblox World, and Affordable Space Adventures.

They both point to the reason for the Wii U’s muted response, but Affordable Space Adventures is the key. When the Wii U was launched, with almost no marketing to explain that it wasn’t just an add-on for the Wii, the big thing that differentiated it from the competition was its massive gamepad, complete with 6-inch touchscreen. And yet, very few games actually bothered to make full use of it.

Sure, Super Mario Maker is the brilliant game it is entirely BECAUSE of the touchscreen (it makes designing levels literally as simple as drawing them), but there’s been very few others that do anything more than display a level map or a pause button or, at best, a lower resolution version of the game you can play up to several metres away from the console. Brilliant! ***SARCASM KLAXON***

But Affordable Space Adventures is different. It is a game that couldn’t exist on any other system, excepting perhaps PC, by transposing its controls to the keyboard. Even then, though, it wouldn’t be the same. The touchpad not only gives you an independent second screen offering updates on the repairs of your spaceship, it also serves as an interactive control panel for its many systems and functions. You still control the spaceship as you would in other games (sticks and buttons, obviously) but you’ll have as many as 17 other buttons to contend with on the touch screen – many of which also have additional sub-buttons when activated.

It gives you a real sense of what the system could have been, if Nintendo had done a better job of explaining it to the market, and developers had embraced it more fully. Of course, they couldn’t afford to, because no-one bought one.

The other thing Affordable Space Adventures does is offer co-operative multiplayer that harks back to the accessibility of Nintendo’s most successful system, the Wii (over 100 million units sold, fact fans). By splitting the spaceship’s controls into three parts, it allows players of wildly varying skill to work together. If you’re good at games, you can control the spaceship’s delicate movements through the dangerous landscape. If you’re not a complete idiot, you can operate the ship’s heads down display on the gamepad and, if you’ve not played a game since Frogger, you can take the relatively simple task of pointing the ship’s scanner and flashlight in the right direction, as and when required. As a result, it’s a game you can play with granddad in the same way you could Wii Bowling. Better, in fact, as it’s actually a ‘proper’ game.

Guys, in case you hadn’t worked it out already, I love this game. Given you can probably buy a Wii U for about £3 these days (I’ve not bothered to check), I’d urge you to go and try this out with a couple of friends.

The other game I played this week was Pullblox World and it illustrates why the Wii U failed in another way. This is a game that originated on the 3DS with both Pullblox and its sequel, Fallblox. They made sense on the 3DS, as they’re spatial puzzles that the 3D screen enhanced by allowing you to gauge depth and shapes whilst navigating its platforms. On the Wii U, this element is obviously lost, and no effort is made to adapt the gameplay to make use of the touchpad. Like most Wii U games, it just shows you a low-res version of what’s on your telly.

I love my Wii U. It’s got Mario Kart, Splatoon, Pikmin as well as many other Nintendo titles I’ve enjoyed in years gone by, thanks to its Virtual Console retro store. It’s still definitely worth the price of admission, but it’s a shame that’s all it is. It could have been so much more.