30: Counter Spy Hello, dear reader. How are you? Are you well? Yippee! Firstly, a huge thank you to those who bought tickets for our February WiFi Wars show at the Royal Institution – that one’s sold out now, but we’ll be announcing a lot more dates, both there and around the country, in the […] 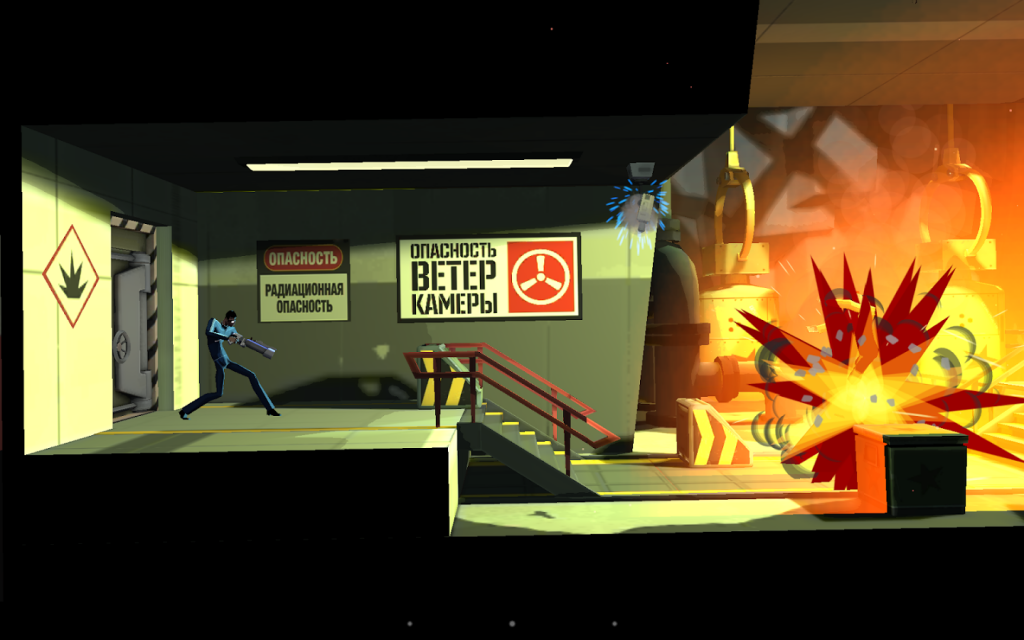 Hello, dear reader. How are you? Are you well? Yippee!

Firstly, a huge thank you to those who bought tickets for our February WiFi Wars show at the Royal Institution – that one’s sold out now, but we’ll be announcing a lot more dates, both there and around the country, in the coming weeks and months – I’ll be sure to let you know when we do, because I am shameless when it comes to self-promotion. It’s one of my best qualities, which, if nothing else, proves what a terrible person I am.

It’s been a bit of a bitty week again at McNeil Towers this week, so I’m going to use some of my time here to give a game I love a bit more of a push. It’s an indie game from 2014 that may have passed a lot of you by, but it’s totally worth checking out – Counter Spy.

It’s a stealth-platformer game that’s been described as being 2.5D, which is one of those dreadful turns of phrase that makes you want to strangle marketeers with their shoelaces, but don’t let that put you off. What they mean is that, basically, it’s a 2D game that occasionally switches to a 3D viewpoint when you’re shooting the baddies. It first came to my attention when it was given away free on the Playstation Plus subscription service back in March 2015 and I spent many a pleasant hour playing and re-playing the game’s randomly generated levels – it even had the honour of being the first game Chris Slight and I ever played on our GAMES MEDIA AWARD-NOMINATED TWITCH STREAM (subtly snuck that in).

I revisited Counter Spy again when I picked up a PS Vita over Christmas and had a lovely time working my way through it once more, albeit with the handheld’s much slower loading times. I’ve just finished work on some pieces about it for Ginx TV’s Indie game show, “Under The Radar” so, if you head over to their ‘Watch Live‘ service, you might catch them there.

Basically, if you like platform games, stealth games, games that let you upgrade stuff as you progress, or even if you’re just a fan of fun, grab a copy now. It’s on PS3, PS4 and PS Vita but, if you’re not a Sony-bod, it’s also on iOS and Android, although I can’t vouch for what it’s like to play on those – probably awful because touchscreen controls.

Elsewhere in Gameland, I popped up on Sky One/Sky News tech show “Swipe” again on Friday, where I banged on about music videogames. It was a great excuse to waste some time playing the recently rebooted ‘Amplitude’ which, for those who aren’t familiar with it, is basically Guitar Hero without the guitar. Instead of playing along with the on screen prompts on a fake plastic instrument, you tap along on your game controller. It’s another Sony exclusive so apologies to Xbox One and Wii U owners – I assure you I love you too.

I also had a bit I wrote about playing Twitter like a videogame published by Vice this week. No idea how London Economic feel about me linking you to another website to a different thing I’ve written but, given I’m incredibly lovely, I’m sure they won’t mind – here you go!

It’s not really a proper column this, is it? But what do you want from me? It’s not like this is costing anything. Ooh, I just remembered Chris Slight got angry I didn’t let you all know that we’ve started up our podcast, Game Friends, again – should be splatting in your ears every Friday, if you subscribe…

This is a mess guys. Is this journalism? It certainly doesn’t LOOK like journalism, does it? Still, it’s over now. We can all go about our business.

See you next week!