28: Under-Rated Happy New Year, dear reader! Did you have a nice Christmas? Oh good/Oh dear (delete as appropriate). You’re probably all wondering what on earth to do with your January, games-wise, aren’t you? I mean, it’s a traditionally sparse time of year, what with developers choosing not to release any big titles, on the […] 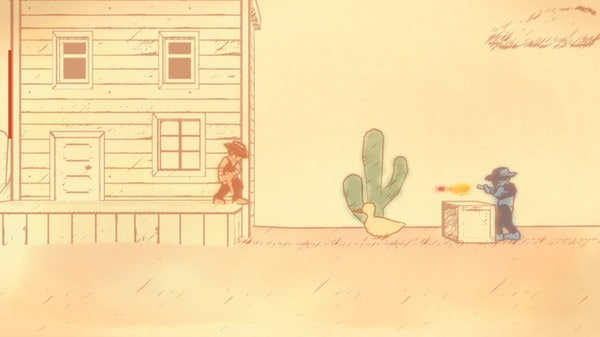 Happy New Year, dear reader! Did you have a nice Christmas? Oh good/Oh dear (delete as appropriate). You’re probably all wondering what on earth to do with your January, games-wise, aren’t you? I mean, it’s a traditionally sparse time of year, what with developers choosing not to release any big titles, on the basis we all just blew our money on Baileys and dry meat.

Still, you probably lost a few quid down the sofa when you passed out in a Maltesers coma on boxing day, so I’ve got just the thing for you to spend it on when you dig it out – old things! “Retro”, if you prefer, or “Vintage” if you’re into clothes and whatnot.

The Wii U continues to struggle against the dominance and technical superiority of the Xbox One and Playstation 4, and is almost certainly on its last legs thanks to the forthcoming reveal of their ‘NX’ system but, good news for you, you can pick a Wii U up for cheap and grab some under-rated gems. Sure, you’ll want to check out big hitters like Smash Bros, Mario Kart and Splatoon first, but there’s a couple of games I’ve discovered recently on the eShop that are well worth your time.

The first is the Gunman Clive HD Collection. It’s got two retro-styled 2D action platformers starring the aforementioned cowboy, will only cost you a few quid, and is one of the best-designed, satisfying games of its type I’ve played in a long while – every single level introduces something new. I’d be tempted to say it was endlessly creative and original but, in truth, it’s just shamelessly taking inspiration from all the best tropes form platforming games of the last 30 years. Think Mega Man meats Mario meats Meat Boy. Yeah! It’s on 3DS and smartphones too if you’re one of THOSE people…

Speaking of handhelds, I also picked myself up a second-hand PS Vita over Xmas, and I’d encourage you to do the same. You can grab the original one (with the nicer OLED screen) for under £100 and if, like me, you’ve been a PS Plus subscriber for a while, you’ll discover that you’ve probably got a huge back catalogue of cross-play games lined up to download for free. I’ve been rediscovering the joys of Counter Spy (short review: IT IS EXCELLENT, GET IT NOW) as well as getting stuck into a brand new Uncharted game – well, new to me – the Vita-exclusive Golden Abyss. Again, you can pick it up (and pretty much any other Vita title) for a steal second-hand, because the cool kids have decided PS Vita sucks.

Golden Abyss took a bit of a bashing upon release but, if you ignore the ridiculous Vita-centric control scheme (which you can, just play it like you would on PS3/PS4) it’s a far better way to spend your time waiting for Uncharted 4 than replaying the first three again (although do that too, they’re brilliant as well). It’s a shame they didn’t make the effort porting Golden Abyss to the PS4’s recent Uncharted compilation as it’s a game that – despite its flaws – more than deserves a wider audience.

Back to the Wii U, there’s one more game I’d like to bring to your attention, and it’s another indie title. Let’s not mess about: Fast Racing Neo is F-Zero, Wii U Edition, in all but name. You want it, it’s cheap, get it.

That’s almost it for this week, but it wouldn’t be my column without a shameless plug for something I’m doing. Saturday will be the first outing in 2016 of my show WiFi Wars. We’ll be at Mac Birmingham on Saturday doing two shows: one family-friendly version at 2.30pm, then a ‘grown-up’ one at 8pm. The shows are identical so you can come to either, there’ll just be more kids at the early one and Rob won’t let me swear.

So, in conclusion – get a Wii U, get a PS Vita and come to my gig in Birmingham. Bargains, all! If anything, I’m SAVING you money.

See you next week. Or at my gig. Ideally at my gig. I recently blew a lot of money on Maltesers.