It’s mid-December and we’re up to our necks in Listmas. Look at your social feeds. Everyone from the loftiest critic to your grandmother is blurting their Top 5s all over our screens to the point of meaninglessness. Still, they’re fun, aren’t they? And when it comes to videogames in 2016 we were spoiled for awesome […]

by Grant Bailey
in Games 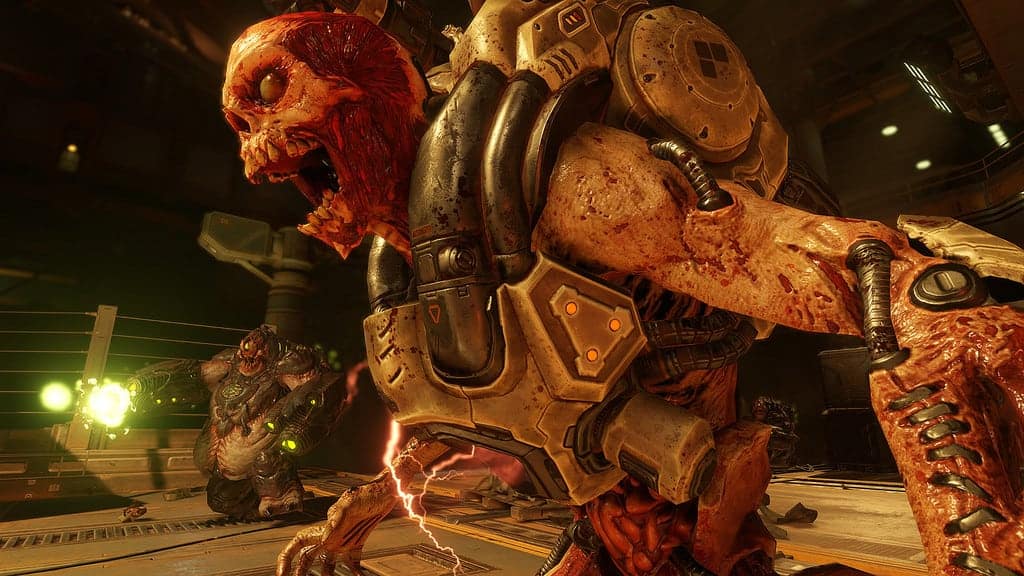 It’s mid-December and we’re up to our necks in Listmas. Look at your social feeds. Everyone from the loftiest critic to your grandmother is blurting their Top 5s all over our screens to the point of meaninglessness.

Still, they’re fun, aren’t they? And when it comes to videogames in 2016 we were spoiled for awesome releases. This year saw long-anticipated projects burst into life in the form of Final Fantasy XV and The Last Guardian. Uncharted 4 closed out Nathan Drake’s tale in a pristine display of cinematic storytelling and dizzying poly-counts (Goddamn! Look at those textures!) and Hitman showed us that there’s life in the series yet under a new episodic structure. Firewatch was a quiet masterpiece, Overwatch was this year’s breakout multiplayer success and Battlefield 1 brought the mud and blood of the First World War into the livingrooms of smack-talking 11-year-olds everywhere.

2016 was a great year for videogames. It was a very, very bad year for the demon hordes of Mars.

Like a Baron of Hell emerging from a viscera-drenched penta-portal, the DOOM Marine returned in a hail of power chords and charred guts. id Software took their most celebrated franchise, prettied up its dormant Praetor Suit and pumped it full of particle effects and TITAN, then unleashed all its throwback flavour on new hardware. It was chaotic, beautiful, and the best fun you could find in gaming this year.

There is story to be found if you want it (energy crisis + evil conglomerate = portal to Hell?), secrets to find and a surprisingly open area to explore, but DOOM’s strength lies in its aggressively pure combat. Less evocative of original Doom titles and closer to the frantic arenas of Quake, your Doomslayer can double jump, carry a suite of weapons and decimate the dripping masses with power-ups and modifiers. For the modern FPS fan used to iron sights, corridor crawls and chest-high walls, the shift in pace can be jarring. But once it clicks the flow of combat is incredibly satisfying.

As your Doom Guy levels up and the challenge mounts, the speed of combat and the sheer odds against you in the later areas requires mastery of DOOM’s systems. Enemies spawn, the verticality of the level is scaled and micro missiles and rounds find their targets. A disgustingly heavy industrial soundtrack kicks up in the carnage. Glowing enemies fall to brutal glory kills (crushed eyeballs, smashed skulls, wrenched jaws) which replenish a small portion of your health and ammo before heavier opposition warps in. A switch from dependable arms like the Plasma Rifle is required. The Chaingun spins up to cut through a wave of squashy Possessed, the Rocket Launcher turns demons to bloody squibs, and the Super Shotgun delivers the final gut-busting blow to a troublesome Mancubus. Boost pads give access to the highest platforms, sending Doom Guy airborne, pursued by terrifying orb-hurling beasts. Projectiles fly, grenades explode in a pop of limbs and smoke, but it isn’t over until the choke and cackle of a chainsaw finds the shoulder cavity of the final Hell Guard in a point blank fount of raging gore.

This is DOOM. And this is DOOM for 13 hours. From the moment the game starts DOOM is ON, and there is no other position on the dial. And while the experience may sound one-note, this is also DOOM’s greatest strength. No dilution, no down-time, just guns, demons and the madness that the combination of those two things inevitably brings.

And as much as DOOM seems ripe for the role, this isn’t a nostalgia trip. There will be some Member Berry-chugging Gen X-ers ready to beam at the lovingly recreated Cacodemon design as it belches towards them, and that’s cool, but I’m 25, and I was a Wolfenstein kid. My first encounter with the Doom series was Doom 3, and while that was a memorable gaming experience, DOOM is a distant relative of those exposition-loaded hallways and cheap jump-scares. What DOOM does capture is the frenetic and liberating gameplay of FPSs when the genre was still in its infancy, which is a wonderful thing to find amongst the stodgy ‘realism’ of modern shooters.

With 2016 tech flair and 1998 gameplay at its heart, DOOM isn’t flawless, but it’s fun as Hell, and probably the best game of the year.