RIT Capital Partners (RCP) has announced its annual results for the year ended 31 December 2017. During the year, RCP saw growth in its net assets of £216m, taking its total net assets to an all-time high of £2.9bn and, during the course of the year, the company’s market capitalisation exceeded £3bn for the first […] 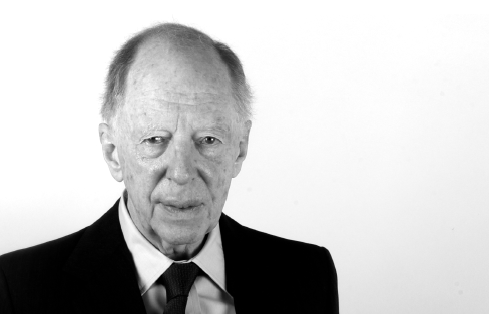 RIT Capital Partners (RCP) has announced its annual results for the year ended 31 December 2017. During the year, RCP saw growth in its net assets of £216m, taking its total net assets to an all-time high of £2.9bn and, during the course of the year, the company’s market capitalisation exceeded £3bn for the first time. RCP paid dividends totalling 32p during the year. Its board says that it intends to pay a total dividend of 33p per share in 2018 (comprising 16.5p in April and 16.5p in October), which represents an increase of 3.1% over the 2017 year.

RCP’s NAV and share price total returns for the year were 8.2% and 5.8% respectively. According to RCP, these compare against returns for the MSCI All Country World Index of 16.5% and RPI + 3% of 7.1%. The chairman, Lord Rothschild (pictured), says that during the year global stock markets rose to extraordinarily high levels, stimulated by low interest rates and unprecedented monetary policy initiatives of central banks, at a time when major economies of the world have been enjoying significant growth. In addition, the USA has brought in tax cuts and reduced regulation, unemployment has been lower, inflation has remained subdued and geo-political concerns have been shrugged off by stock markets.

He says that, the world has undoubtedly recovered from the global economic crisis of a few years ago. The question is whether such benign conditions are sustainable? Quantitative easing is in the course of being phased out, and interest rates are rising. Debt levels are higher than at the time of the financial crisis of 2008 and the World Bank and other luminaries are highlighting the risks to the present growth in the global economy, in particular over the medium term.

Reflecting these and various other concerns, RCP’s net quoted equity exposure averaged around 44% during the year, including significant investments in technology in the USA and Asia. This was accompanied by approximately 22% in private investments, 25% in absolute return and credit, and 7% in real assets, including gold. Currency holdings ended the year spread between Sterling, the Euro and the US Dollar. Lord Rothschild says that RCP’s ‘risk averse’ approach produced steady progress in the company’s net asset value per share. He highlights that, over the last three years the NAV total return stands at 31.2%, with share price total returns at 48.3%. The chairman says that this performance reflects diversified sources of return.