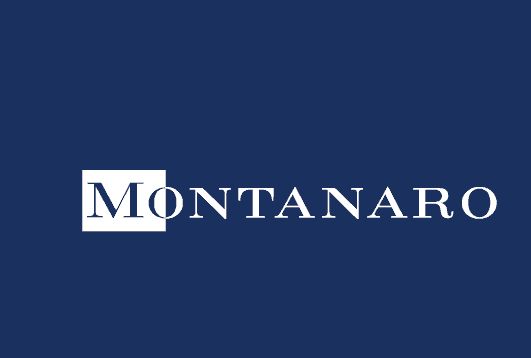 This year’s underperformance brings the total underperformance of the benchmark over the past five years to 43% – Montanaro UK Smaller Companies has returned 56.2% in NAV terms against a 99.2% return for the benchmark – a composite index comprising the FTSE SmallCap Index (excluding investment companies) until 31 March 2013 and the Numis Smaller Companies Index  from 1 April 2013 onwards. You can see how it stacks up against its peer group here.

On Montanaro UK Smaller Companies looming continuation vote, the chairman says ” Under the Articles of the Company, the Directors will propose a resolution at this year’s Annual General Meeting to remove the obligation that they put a resolution to shareholders at the Annual General Meeting in 2018 to wind up the Company. If passed, this will allow the Company to continue as an investment trust for a further five years. Montanaro UK Smaller Companies is proud of its long-term performance record, but over the last five years it has been disappointing. The Board and the Manager have reviewed and analysed the reasons behind this. Over this period, part of the explanation relates to investment style as the Trust’s quality growth and low debt investment style were out of favour.

However, this is only part of the explanation. We conducted a systematic review of the universe (including peers) to identify where opportunities had been missed. Since Charles Montanaro handed over the reins in 2011, there had been some style drift with a few poor investment selections which, during such a low growth environment, were harshly treated by the market. An avoidance of AIM stocks, although sensible for many years, was a mistake over the past two. The AIM index has grown considerably in both size and quality and is now capitalised at some GBP70bn. Going forward, selective exposure to companies traded on AIM is targeted at 15%-20% of the portfolio.

The Board believes that the reasons for the underperformance have been identified and that the key issues have been addressed. We are particularly pleased that Charles has resumed the day to day management of Montanaro UK Smaller Companies  with a commitment to do so for at least another five years. Recent performance has been encouraging.

In light of the strong long-term track record of Montanaro UK Smaller Companies , the commitment of Montanaro, and following the comprehensive review shown above, the Board unanimously recommends that all Shareholders should vote in favour of Resolution 10 at the Annual General Meeting, as they intend to do themselves.”

Talking about the forthcoming changes to the rules on the provision of research, the chairman says “MiFID II rules, to be implemented across Europe in 2018, are intended to increase transparency and reduce costs for investors. Perhaps in order to further aid transparency, regulatory and compliance costs should also be stated separately to ensure that investors can assess the value for money of the regulatory regime. It has been suggested that the new MiFID rules on research payments will favour the larger fund companies and harm small boutiques such as Montanaro. On the contrary, Montanaro has one of the largest SmallCap teams in Europe, with no less than eight nationalities, and should benefit from their own proprietary in-house research in what is likely to become an even more under-researched sector.”

The manager’s report is a bit thin. On performance he says “The past year will long be remembered for the BREXIT referendum held on 23 June 2016, which resulted in the UK’s decision to leave the European Union. The outcome came as a shock to the investment community.

Following the vote, the Numis Smaller Companies Index, excluding investment companies, (“NSCI”) declined by 7%, recording its worst monthly performance relative to the FTSE All-Share in more than 26 years. Not even the aftermaths of 9/11 or Lehman Brothers were as bad. Investors were quick to sell small companies, favouring the perceived safety of big multinationals that derive most of their revenue in US Dollars and from overseas.

The market’s reaction to the BREXIT referendum, however, was as short-lived as it was severe. A sharp fall in Sterling provided welcome support to investor confidence. By the end of the Summer, economists were revising their GDP forecasts higher and bond yields were on the rise. The victory of Donald Trump in the US presidential election in November 2016 gave an additional impetus to equity markets, which consolidated their recovery. By 31 March 2017, the NSCI was 31% higher than its low point two days after the referendum.

Our “Quality Growth” investment approach struggled against such a backdrop, which saw the strongest share price gains recorded by exporters and low quality businesses in the Commodities, Mining and Banking sectors where typically we do not find attractive companies with the predictability that we like. Low Quality SmallCap outperformed High Quality by no less than 8% during the financial year (source: Montanaro Quality indices). By contrast, companies with predominantly domestic exposure such as house builders, REITs, construction companies, retailers and asset managers underperformed sharply which impacted MUSCIT’s performance.”