Land Securities has announced that it has exchanged contracts to sell its 50% stake of 20 Fenchurch Street, EC3M (the walkie talkie building) for £641.3 million and proposes to return £475 million to shareholders. The purchaser is LKK Health Products Group who will also acquire Canary Wharf Group’s 50% stake in the building, bringing the […] 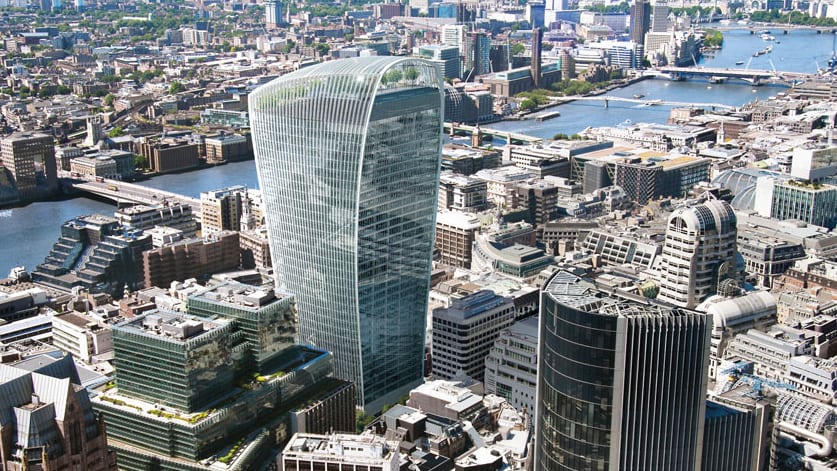 Land Securities has announced that it has exchanged contracts to sell its 50% stake of 20 Fenchurch Street, EC3M (the walkie talkie building) for £641.3 million and proposes to return £475 million to shareholders. The purchaser is LKK Health Products Group who will also acquire Canary Wharf Group’s 50% stake in the building, bringing the total headline price to £1,282.5 million, reflecting a net initial yield to the purchaser of 3.4%. Completion is expected to take place at the end of August and is unconditional. The company says that while it will be returning cash to shareholders, its gearing will remain unchanged from current levels, ensuring it retains significant firepower. It says that this will allow it to move quickly to capitalise on opportunities whenever they might arise.

About 20 Fenchurch Street, ‘the walkie talkie’

20 Fenchurch Street was developed by a joint venture between Land Securities and Canary Wharf Group in 2010, completed in 2014 and comprises 671,000 square foot of office space on 34 floors in the City of London’s insurance district. Land Securities says that its innovative and efficient design makes it an attractive location for insurance companies and brokers alike, and it was fully let just a few months after completion to customers including Markel, RSA and Liberty Mutual. The building also has 17,000 square foot of retail space on the ground floor and within the three-storey Sky Garden, which has spectacular views across London.

Sold at an ‘exceptional price’

Robert Noel, Chief Executive of Land Securities, says, “Our decision to sell 20 Fenchurch Street at an exceptional price and return cash to shareholders reflects our disciplined approach to the use of capital.  The building has been an immensely successful project for Land Securities and our partners. Its development in 2010 was part of Land Securities ‘s major speculative development programme in the capital, which has seen the completion of 3.1 million sq ft of office and retail space, thousands of jobs sustained in the construction industry, and considerable improvements to public spaces. This sale crystallises the significant value we have created at 20 Fenchurch Street”.