A collation of recent insights on markets and economies taken from the comments made by chairmen and investment managers of investment companies – have a read and make your own minds up. Please remember that nothing in this note is designed to encourage you to buy or sell any of the companies mentioned… Read more […] 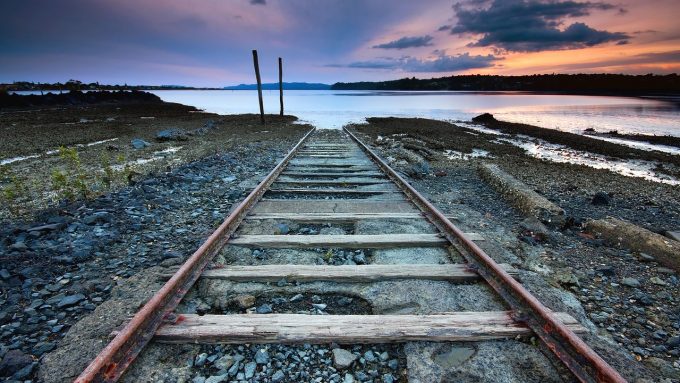 A collation of recent insights on markets and economies taken from the comments made by chairmen and investment managers of investment companies – have a read and make your own minds up. Please remember that nothing in this note is designed to encourage you to buy or sell any of the companies mentioned… Read more

Sentiment improved to a degree over September, as equity markets nudged higher. Gold gave back some gains after a bumper summer while long-term government bond yields increased in the UK and US, as capital was taken away, pushing prices lower.

Zehrid Osman, manager of Martin Currie Global, believes that the outcome of trade tensions between the US and several countries are harder to gauge than initially predicted. On the economic front, Zehrid adds that based on looking at leading indicators generally, trends remain mixed with an uncertain direction of travel. The manager of Livermore Investments discusses weakening manufacturing output and subdued investment spending, while the managers of Mid-Wynd International, hold the view that the best growth opportunities in equities will generally be broadly spread and the best value-for-money investments equally widely dispersed. They note that UK 10-year bond yields below 1% represent poor value, incentivising savers to hold equities even when valuations look stretched.

In these uncertain times, Michael Hughes, chairman of JPMorgan Mid Cap, believes that now, in particular, is the time when a fundamental stock-picking approach should benefit shareholders. Elsewhere, M. Foster, J. Harrison & J. Dieppe, managers of Investment company, say that, overall, the UK market remains very attractively priced. They believe that, unless a global recession takes hold, historically low yields on government bonds offer little scope for capital appreciation. A resolution to Brexit would remove some uncertainty and in doing so provide international investors with more reason to invest in UK assets. Philip Remnant CBE, chairman of City of London, discusses an upside from sterling’s weakness, saying this would be a positive for City of London’s portfolio given the predominance of international companies where profits and dividends will increase when translated from overseas currencies into sterling.

The manager of Crystal Amber says that sterling’s weakness has created several activist opportunities that are particularly attractive to overseas buyers. David Seligman, chairman of British & American notes that the determination of markets to ignore the growing political and economic headwinds and uncertainties seems to have faltered. Unless several issues globally are resolved, markets are likely to remain below the peaks achieved in 2018, which followed years of stimulus.

Baillie Gifford Shin Nippon’s manager thinks that broad-based uncertainty globally, with Japan no exception, creates an exciting landscape as there are a growing number of fundamentally sound companies with durable strategies that are getting dragged into sell-offs. The manager discusses some of the fund’s main theme exposures, including payments, as Japanese society continues the structural shift away from cash. We also hear from Joe Bauernfreund, manager of AVI Japan Opportunity, who believes that Japan’s commitment to corporate governance reform is real. AVI discuss the high cash levels corporates hold (payout ratios are low) while providing anecdotes from their form of shareholder activism. Joe believes Japanese companies will start to focus on their balance sheet efficiency and returns on equity and that ultimately running companies in a more shareholder friendly manner will mean that investors have been too pessimistic in the valuations they ascribed to Japanese stocks.

The manager of Ashoka India Equity sees upside following the re-election of the BJP led NDA government for a second term. The result is business-positive as it removes uncertainty associated with a weak coalition government. The manager thinks there is increased likelihood of further structural reforms over the coming years. With the current electoral numbers, it is expected that in a couple of years, NDA is likely to win a majority in the upper house of the Parliament as well, which should enable the government to pursue the more difficult and long awaited reforms. India Capital Growth’s manager makes the point that the BJP’s election win represented the first time a party has returned to power with a majority since 1971. There is now a stable footing for an economy that is poised to see an acceleration in growth.

Lorne Abony, CEO of FastForward Innovations, discusses concerns around the block-chain and cryptocurrency space. The fund remains bullish about the opportunities in wellness, longevity and medicinal cannabis investments. Elsewhere, Caroline Foulger, chair of Oakley Capital Investments, focuses on concerns around the abundance of ‘dry powder’ in the sector.

The manager of M&G Credit Income walks us through the performance of several credit asset classes over the year. Looking ahead, the manager says that rather than chasing yield, in an environment where corporate bond yields have been falling, the fund is likely to take a more defensive approach while maintaining a high level of liquidity in the portfolio (in the form of AAA-rated asset-backed securities) to opportunistically make investments, in the event of a market sell-off. The manager’s report for Pollen Street Secured Lending (formerly P2P Global Investments) notes that in the current more competitive mainstream lending environment, it is particularly important to maintain prudence and discipline. In addition, with household borrowing at high levels, and the regulatory framework remaining an ever present factor as consumer credit regulation continues to develop, it is necessary to proceed with caution. We also hear from the manager of Fair Oaks Income, who is cautious about credit quality in the loan market. It is pointed out that average leverage from US large corporates, defined as corporates with EBITDA of more than US$50m, increased from 5.2x at the end of 2018 to 5.4x in Q2 2019 12 while interest coverage fell from 3.6x to 3.1x. We also have comments from Honeycomb, GCP Asset Backed Income and Biopharma Credit.