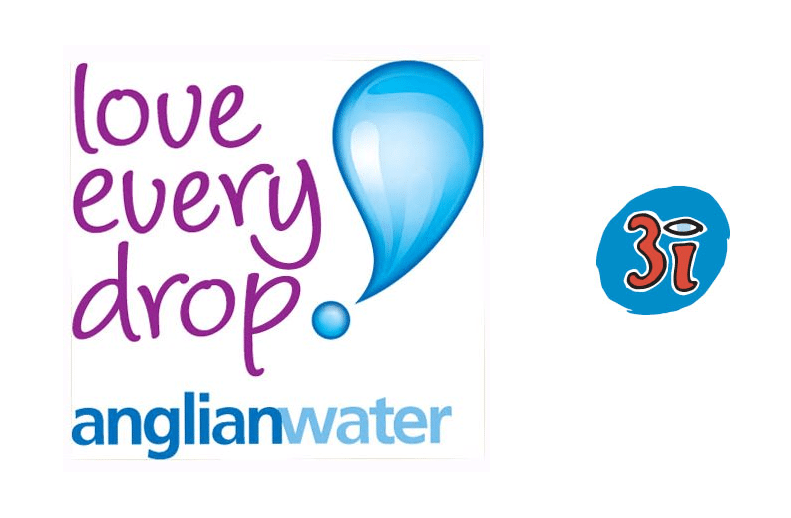 Anglian Water supplies water and water recycling services to more than six million domestic and business customers in the east of England and Hartlepool. It say that its population has grown by 20% in the last 20 years, but it still provides the same amount of water today as it did in 1990 – almost 1.2 billion litres every single day. The amount of water supplied hasn’t risen because it has been focused on minimizing leaks and encouraging customers to use water more conservatively.

Anglian’s region  stretches from the Humber north of Grimsby, to the Thames estuary and then from Buckinghamshire to Lowestoft on the east coast. They  supply and transport water across an area of  27,500 square km, the largest water and water recycling company in England and Wales by geographic area.

Anglian Water was taken private in 2006 by a group of investors, including 3i Group, which “seeded” part of its Anglian Water holding into 3i Infrastructure when the company was set up in 2007. The business has strong infrastructure characteristics:

Achievements in the period of ownership

Anglian Water has flourished under private ownership. It has refocused on its core business, selling Morrison Utilities Services, Morrison Facilities Services and much of its property portfolio. The company has been able to optimise its capital structure compared to listed peers and to distribute a higher proportion of cash flows to shareholders, resulting in a strong yield. The regulated capital value has grown steadily, underpinned by a comprehensive capital expenditure programme, which will be maintained for the 2015–2020 regulatory period (“AMP6”), which began on 1 April 2015. In order to preserve greater financial flexibility, the board of Anglian Water has decided to manage gearing downwards slightly through to the end of AMP6. This will reduce dividends to the Company from those previously anticipated, as announced previously.

A new management incentive scheme was put in place post investment, aligning compensation with long-term value growth, asset quality and customer service rather than short-term earnings and share price performance. The management team now balances long-term planning, for example, to respond to the challenges of climate change, with a clear focus on operational efficiency and customer service.

In FY2016, Anglian Water completed its IRIS programme, which involved upgrading the telemetry system across its entire asset base. The new system gives Anglian Water a much greater level of oversight of its asset base and operations, which assists it in planning and implementing its asset maintenance programme.

Anglian Water ranked second among the Water and Sewerage Companies in Ofwat’s Customer Service Survey for the financial year to March 2016, the first to be measured under the new regime.

Anglian Water continues to perform well, with operational performance and income levels in line with expectations. There have been no major operational incidents during the year and water resource levels are normal for this point in the year despite a dry winter. The company remains focused on implementing its cost efficiency and capital spending programmes to drive value through the current regulatory period (2015–2020).

Anglian Water was ready for the split of the retail and wholesale businesses, when the non-household retail market opened on 1 April 2017. The company has agreed to enter into a joint venture with Northumbrian Water to exploit opportunities in this market.

3IN : 3i Infrastructure considering sale of Anglian Water