"Our country is about to drop into a deep hole. It hasn't even started yet. This is just the sorbet to clear the palate." 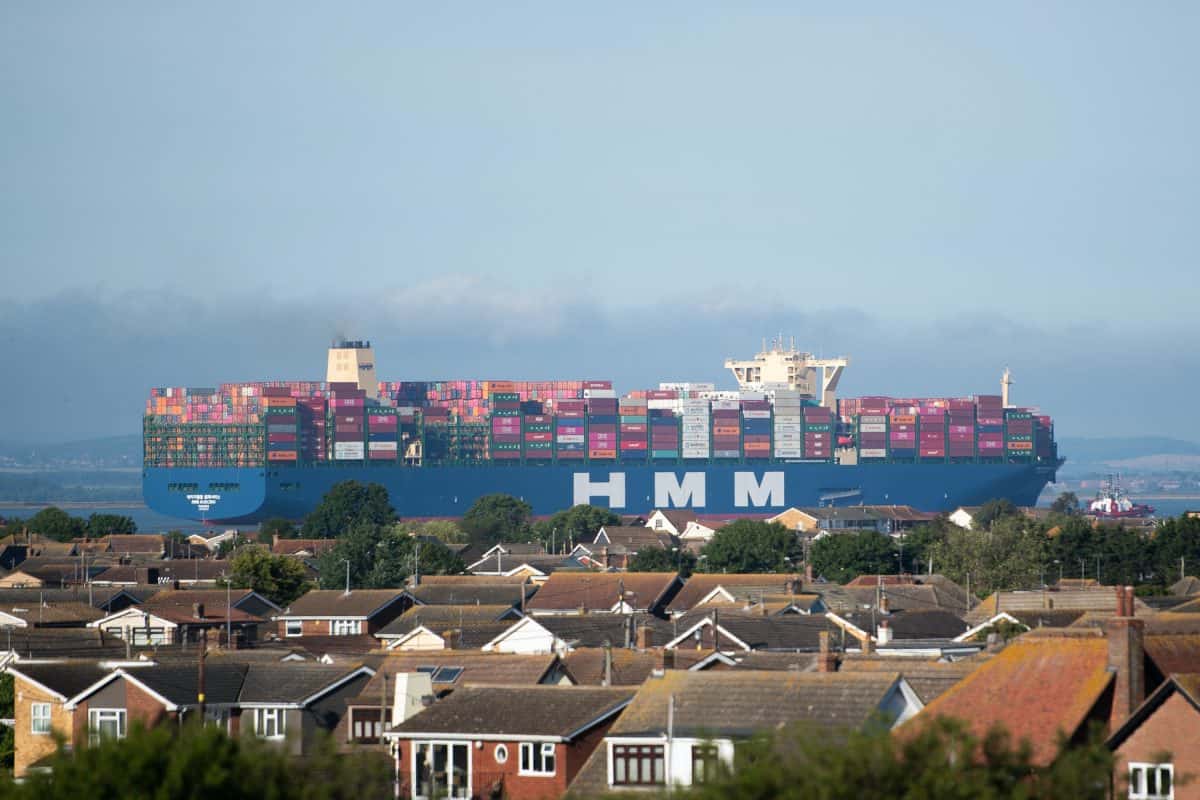 Britain’s ports are being battered by coronavirus chaos and Brexit fears, meaning food could be left rotting and Christmas presents undelivered – with warnings that worse is yet to come.

It emerged on Wednesday that over a million parts destined for folding bicycle company Brompton’s factory had been delayed due to problems at ports like Felixstowe, where congestion has been building up for weeks.

Japanese car giant Honda was then forced to pause production at its Swindon plant after a shortage of car parts was sparked by delays getting supplies into Britain in the lead-up to the end of the Brexit transition period.

The firm, which relies on “just in time” supply chains, told the BBC that the decision was caused by a “transport-related parts delay” as ports are hit by Brexit and coronavirus restrictions.

Meanwhile the Food and Drink Federation warned that “ambient food” supplies – stuck in thousands of lorries – are close to passing their sell-by dates.

Congestion at English container ports has been piling up in recent weeks, initially at Felixstowe but recently at London Gateway and Southampton too.

The backlog has built up with companies increasing orders after the first Covid-19 lockdown – while others have looked to stockpile goods before the end of the Brexit transition period on 31 December.

Reports last month suggested Felixstowe was in “chaos”, with ships forcibly diverted to Rotterdam due to “unacceptable” delays.

Last month, it emerged that 11,000 of government-procured PPE had clogged up Felixstowe – although that backlog should now be cleared by Christmas. The port handles about 40 per cent of all the containers coming into and out of the UK.

The BBC said that congestion at England’s ports is now so bad that shipping firms have limited the amount of cargo they will bring to the UK, just weeks ahead of the looming Brexit deadline.

Consignments are reportedly being offloaded at continental ports like Antwerp, Zeebrugge and Rotterdam.

A growing number of businesses are now complaining about disruption traceable to the ports. Builders have reported shortages of power tools, timber and roof tiles – and retailers are struggling to get stock into stores in time for the Christmas rush.

Meanwhile roads in Kent were choked by lorry queues on Tuesday for the fourth time in two weeks, with congestion caused by Brexit stockpiling and a reduction in the number of ferries as a result of the pandemic.