The Conservatives hold an 11 point lead over Labour in spite of an intense lobbying row. 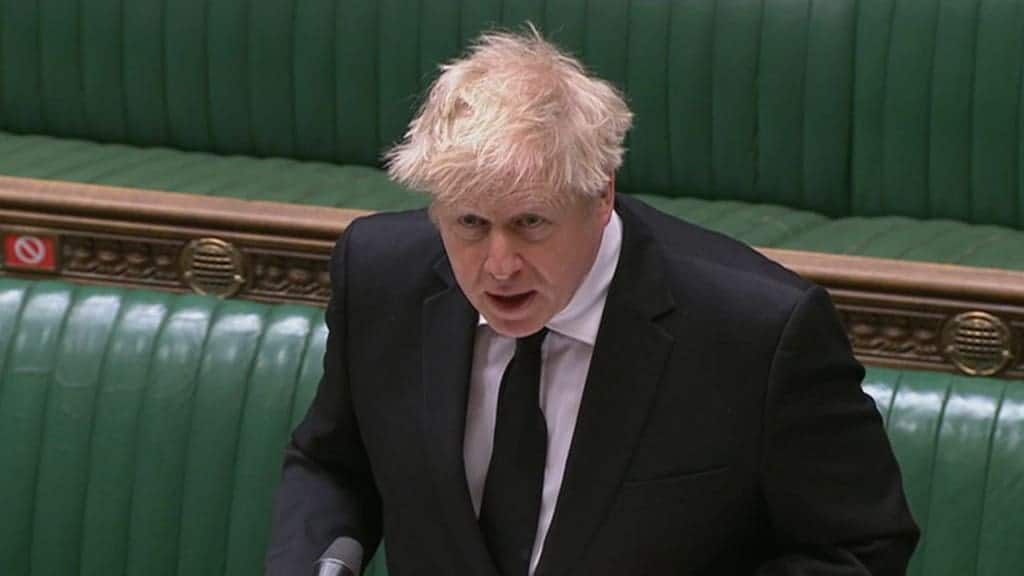 Social media users were unable to hide a sense of bewilderment at the latest polling numbers, which show the Conservatives hold an 11 point lead over Labour despite almost two in five voters believing their leader, Boris Johnson, to be corrupt.

With recent focus on the news around the Dyson lobbying row, new Opinium polling shows 37 per cent of Brits describe the prime minister as mostly or completely corrupt vs. 31 per cent saying he is clean and honest.

Seven in ten also say it is unacceptable for a CEO of a large, well-known business to send a text to the prime minister to persuade him to maintain or introduce favourable tax arrangements for his company and 76 per cent say the same about a former prime minister using his contacts with government to get special financial help for his new employer.

But the recent scandals don’t appear to have dented the Conservative’s lead in the polls.

Johnson’s party has opened up an 11 point lead, with the PM’s net approval rating remaining positive on balance.

Despite the ongoing Tory party saga, the Conservatives have *increased* their lead to 11 points ahead of Labour, in today’s Opinium poll for the Observer. There is no opposition in this country.

Only Two in five Brits view Johnson as corrupt ?‍♂️.

For anyone saying “only 40% of people think the Tories are corrupt?!”…

…that number is going to steadily increase. Once rot of reputation like this sets in, it keeps increasing. There’s no way back.

And I – and many like me – will plug at this daily.

I want the crooks out. pic.twitter.com/VBaA2NjfAw

Poll today: 40% think Tories are corrupt. The other 60% need to wake up, & most of them probably will. Hubris has puffed them up, Nemesis is hunting them down. https://t.co/f3WRgge3d8