From the newsletter: Lots of people are moving jobs. What does it tell us about the economy? 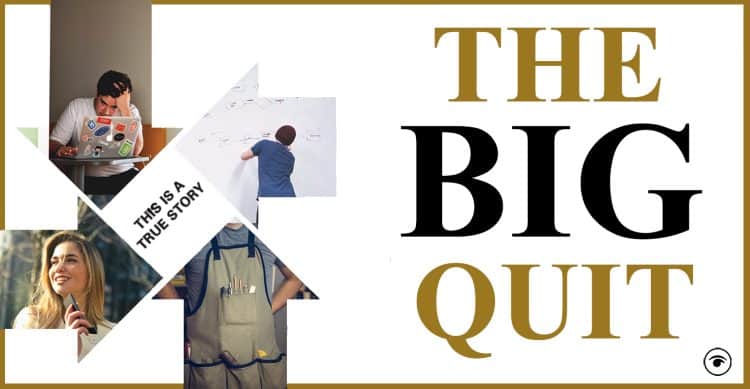 Good morning. In the last couple of months, half a dozen or so of my friends have quit their jobs for something new. Chances are you’ll be in a position to say something similar, especially if you’re American (or friends with Owen Paterson). A record four million people quit their jobs in the US in April alone. Having fallen from 2.3 per cent to 1.6 per cent during the pandemic, the rate at which workers stateside handed in their notice has rebounded rapidly to 2.7 per cent. The Big Quit, as it’s become known, is gathering pace.

Beyond the anecdotes, is the same thing happening over here? To some extent. A survey of 6,000 workers by a recruitment firm earlier this month revealed that a quarter of workers are actively planning to change employers – with 69 per cent reporting confidence about moving to a new role within a few months. Up to 11 per cent of workers usually move jobs every year, the firm said. The enormous success of the furlough scheme may have had a hand here, allowing employees to look around for new jobs from a position of relative strength. Just three per cent of those furloughed by their employer during the pandemic were made permanently redundant; 87 per cent returned to work in some capacity.

So, what’s going on? Is this all part of a wishy-washy reevaluation of what really matters? A reorganisation of life’s priorities? A final victory for the underdog in the age-old tussle between business and pleasure? Not quite. As Sarah O’Connor of the Financial Times pointed out in her must-read column last month, the proportion of workers quitting their jobs is usually in sync with the health of the labour market. Where opportunities are plentiful, people are more likely to jump ship. That, in theory, helps the economy. Median hourly earnings growth for job switchers in the UK in 2018 was 7.3 per cent – compared with 3 per cent for those who stayed in their jobs, and the OECD has found that high labour turnover correlates with higher productivity.

And the data shows that it’s not just burned out executives taking a step back to spend more time in their countryside getaways. Most of the prospective movers are in the care, transport and logistics industry – with low pay, long working hours and poor mental health cited as nudging workers to pastures new. There may be plenty of job opportunities, but people are being pushed out of bad work as much as pulled towards good work. It might be a stretch to say that we Brits are becoming Big Quitters. In reality, we never really have been.

While quitting has bounced back to pre-pandemic levels, it’s not hit anywhere near America’s heights. Is this a national tendency towards caution and risk-aversion coming into play? Maybe that’s part of it. Or maybe it’s because, in the so-called “lost decade” since the financial crisis, the UK endured the worst wage growth of any G7 country and the third-weakest across all 34 OECD countries – better only than Greece and Mexico. Throw in high inflation, rising food and energy bills, welfare cuts and tax hikes and, suddenly, solidity and certainty seem a little more appealing.