For all his accusations, Dominic Cummings was a constituent part of the Covid chaos. 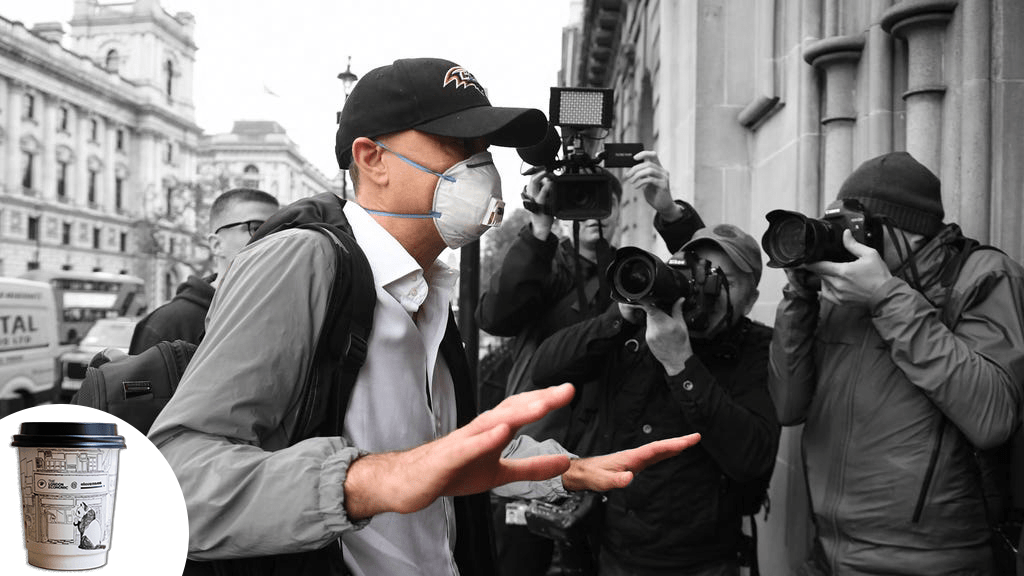 Good morning. Mere hours stand between you and a well-deserved bank holiday weekend. The sun is out, and life is threatening to become that thing which has been all-too-fleeting for far-too-long: good. So it is with a heavy heart and a sincere apology that, this morning, I’m going to write about Dominic Cummings.

For seven hours on Wednesday, Boris Johnson’s former chief aide sat before MPs – armed with texts, emails, graphs and recriminations – and gave his account of the most traumatic period in British politics since the Second World War. He swore; he said sorry; he made a string distasteful swipes at “the PM’s girlfriend”. And he painted a picture of unimaginable Downing Street disfunction, packed with chaos and cowardice, inadequacy and ineptitude. Two days on, the dust not-quite-settled, the top lines are these: Boris Johnson is “unfit for the job” and believed coronavirus to be little more than “the new swine flue”; Matt Hancock should have been sacked “15 or 20 times” for lying and poor judgment; the British state is “hollow” and the Cabinet Office is “terrifyingly shit”; it’s “complete nonsense” that the government threw a “protective ring” around care homes. Rishi Sunak was spared Cummings’ ire, as was Michael Gove. Make of that what you will.

What of Cummings himself? It will be easy enough for Johnson and gang to dismiss his testimony as the ravings of an embittered former aide – and embittered he certainly is. Cummings is political marmite. Depending on where you sit, he’s either a Svengali-like genius uniquely blessed with the wisdom and drive to break and remake the nation, or he’s a fraud. I tend to veer towards the latter. But there are aspects of his diagnosis of the various cancers ailing the British state which are, I think, accurate. The UK’s coronavirus response was, as Cummings put it on Wednesday, “a system failure”. Whitehall and Public Health England were sluggish and unwieldy, and SAGE is responsible for a lot of bad science. Herd immunity wasn’t some hare-brained scheme dreamed up by sleep-deprived No 10 officials – it was thought up and advocated by scientists advising the government.

Yet all of Cummings’ criticisms of the state overlook the fact that he, the man we are led to believe has innovation cascading from every orifice, was in a unique position to fix them. He was the unelected brain of a blank canvas prime minister. So what did he do? He picked fights – with the BBC, with the prime minister’s fiancée, with the Tory party – and was quickly marched out the door. Big thinkers with great ideas don’t end up slagging off their boss on telly six months after getting the sack.

Amid the palace intrigue and parlour games, it’s worth remembering how difficult this week’s revelations must have been for the families and friends of those who have lost loved ones “unnecessarily”, as Cummings himself put it. The back-stabbing and score-settling we witnessed on Wednesday must have infused their grief with fury at the incompetence of those charged with protecting them. And that’s the crux of it, really. For all his finger-pointing, Cummings was a constituent part of the chaos. But he still sought to weave a narrative of a politics to which he was utterly central, yet completely removed. Indispensable but invisible. Schrödinger’s adviser: present yet absent, all-powerful yet impotent.

Dom, in short, could have sorted it all out – if only they’d let him.