From the newsletter: Will getting rid of Boris Johnson really cure any of this country's ills? 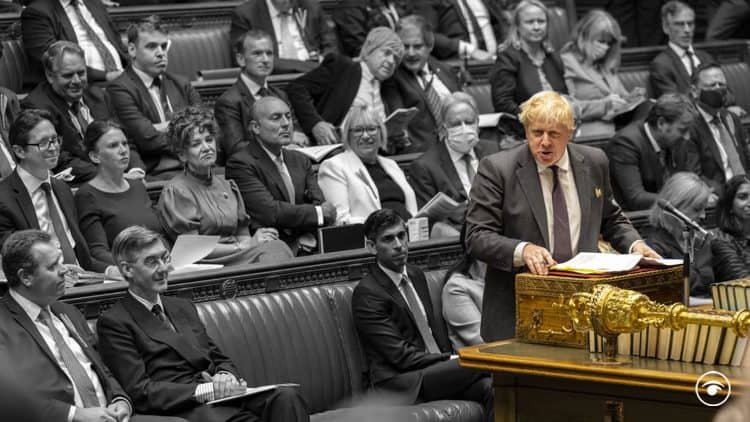 Good morning. The ice is thinning; the road is running out; the ground is shrinking; the bell is tolling. Mired in scandal, Boris Johnson – who has let it be known he “wants to go on for longer than Thatcher” – seems to be teetering on the precipice. Some 63 per cent of Brits think Johnson should resign over the Christmas party affair; Labour – let’s be honest, through no skill of their own – are recording their largest poll leads since the 2019 election. Johnsonism, which once felt like an indelibility, feels more fragile than ever.

Dominic Cummings has gleefully pronounced this week that the fish rots from the head. So let’s suppose for a minute that at some point in the next eight months, the prime minister either jumps or is pushed by his irate backbenchers. Would a simple, surgical scything off of that rotting fish head really cure this country’s ills? Well, consider a moment what we might get instead. It might be Rishi Sunak, a proto-Osborne who would certainly need no help from party donors to pay for his new curtains. It could be Liz Truss, who recently disbanded a government LGBT Advisory Panel after it advocated self-determination for trans people. Maybe it’ll be Priti Patel or Michael Gove.

Either way, the next prime minister will come from a Cabinet that just passed legislation to let them strip millions of British nationals of their citizenship without prior warning. And here’s the rub with all the outrage and disgust about Johnson. Our politico-media ecosystem functioning as it does, the uproar about the prime minister has nothing to do with anything properly tangible. No – Johnson’s position is becoming increasingly untenable because of ‘standards’, ‘decency’, ‘morality’. The biggest threat to his political future has been a Christmas party, rather than the fact he has this week made two in every five Brits from non-white ethnic minorities eligible to have their citizenship removed at a click of the home secretary’s fingers.

That isn’t to say that the Christmas party stuff and the wallpaper farrago aren’t important. It would obviously be better to have a prime minister without the grift and grubbiness. But kicking Johnson out of Downing Street won’t wrestle British history back onto its proper narrative arc and make everything rosy again. The sheen and vibe of a Sunak premiership might be different, but its guts would be the same. It might inspire fewer impassioned James O’Brien monologues, but the people suffering under a Johnson government wouldn’t suddenly start to benefit under Truss.

It’s a curiosity of our press and politics that the thing most likely to bring down Johnson isn’t, say, his chronic mismanagement of the pandemic, which has led to the avoidable deaths of tens of thousands of his people, nor the fact that refugees keep drowning in the Channel on his watch. Instead it’s something more cosmetic, something that speaks to his character as opposed to his actual record in office. There’s a touch of Al Capone about it – brought down for tax evasion rather than all the murder and racketeering. We didn’t get Boris for his politics: we’re getting him for his parties.

British politics is like a soap opera, in which we the punters yell about scandal and furore and gleefully watch the fortunes of our favourite characters rise and fall. That’s not a failure on the public’s part – a press that has always treated Johnson like the main character in a sitcom is far more to blame. The next few months may well see him killed off. But the culture which created Johnson will remain – and, for that reason, the story will stay the same.