From the newsletter: Whether the Paterson scandal sticks has as much to do with the press as it does Tories or Labour. 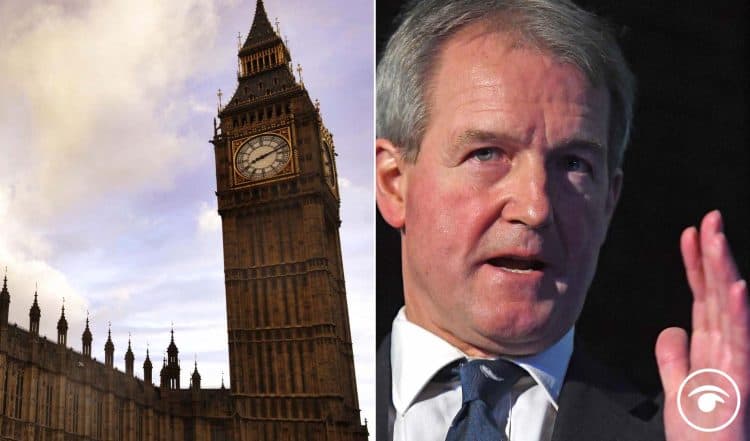 Good morning. Owen Paterson has resigned from one of his many jobs, concluding a grubby week for an ever-grubbier government.

The rap sheet is pretty well-known by now, but it’s worth re-reading. Kathryn Stone, the Parliamentary Commissioner for Standards, last week recommended a Commons suspension of 30 days for Paterson, in a report subsequently approved by a group of cross-party MPs on the standards committee. The inquiry found Paterson repeatedly lobbied ministers on behalf of two companies paying him more than £100,000 per year: Randox, of pricey Covid testing fame, and Lynn’s Country Foods. Paterson, the report concluded, was culpable of an “egregious case of paid advocacy” – which he denies, claiming to have acted under an exemption for whistleblowers.

Then, always eager to make bad situations worse, the Conservative Party, that well-oiled party of government, clicked into gear. MPs were on Wednesday ordered by whips not to back the standards committee’s call for Paterson’s ban, which could have left him facing a recall petition from his constituents. Instead, Andrea Leadsom – remember her? – tabled an amendment to set up a new, Tory-led committee to reconsider both the Paterson case and debate whether a new system is needed.

The rest, as they say, is history. Leadsom’s amendment was approved, newspapers far and wide shrieked bloody murder, chin-stroking pundits warned Britain was going the way of Hungary or Russia and, soon enough, the government changed its mind. Paterson, for his part, insists he has done nothing wrong – and would not hesitate to act in precisely the same way again. In a long and heartfelt resignation statement yesterday, he vowed to remain a “public servant” outside “the cruel world of politics”, which presumably means his DMs are open to any company with a bit of cash to throw at a bloke with time on his hands and friends in high places.

One of the many upshots of this sleazy affair is that there will soon be a by-election in true blue North Shropshire. That has already sparked inevitable questions as to whether this instance of wholesale, cut-and-dry corruption will ‘cut through’ with the voting public. Have you ever been lucky enough to catch a glimpse of ‘cut through’ in the wild? It’s a nebulous thing, difficult to define and impossible to corral. It seems to have an almost otherworldly energy, floating above the discourse and descending from on high to determine whether or not a story or scandal matters.

At least that’s what ‘cut through’ seems to mean to journalists, who have been busily speculating whether the Paterson sleaze stuff will resonate beyond the ‘Westminster village’. There’s a remarkable passivity about how some political journalists talk about what ‘cuts through’ and what does not. It’s as if they have no influence on which stories are given the sheen of significance and how political scandals are presented to the country. Instead, ‘cut through’ is regarded as fixed and unchanging. Only those stories which tick a number of ill-defined boxes can apparently achieve it – and journalists, of course, play no part in setting the criteria (see also: “this won’t play well in the Red Wall”).

Whether this grimy week in Westminster sticks in the memory come voting time remains to be seen, and the Daily Mail’s acerbic coverage of it suggests it might. Either way it’s worth remembering this government has already endured grimier – and that endurance has as much to do with the tenor taken by talking heads and blue ticks as it does Tory strength or Labour weakness.