"Are you allowed to lose your rag like that?" he asked host Martin Geissler. 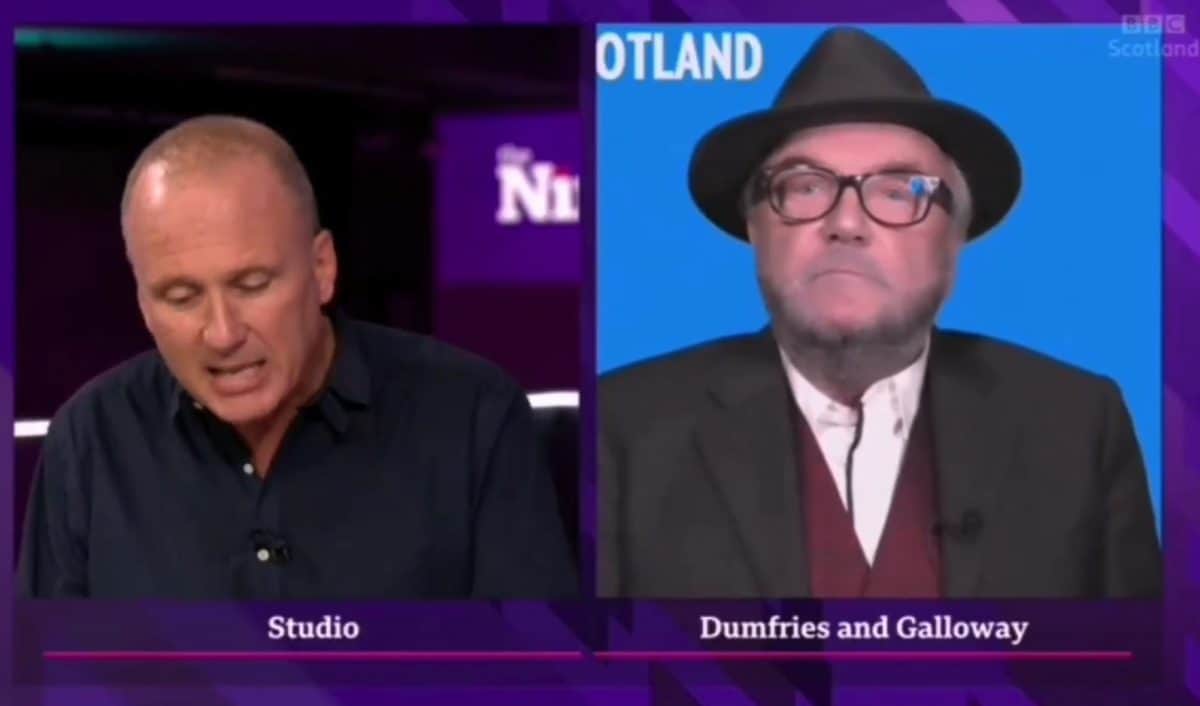 The outspoken politician, who is standing in the Holyrood elections under the banner of the newly-formed All for Unity party, was taken aback after he was asked whether he was taking part in the elections due to his desire to remain in the spotlight.

“Why is it all about me?”, he responded, seemingly overlooking the Freudian slip, to which Geissler noted his “peculiar political journey” in a heated exchange.

“My goodness you’re strangely animated for BBC Scotland,” Galloway said, going on to claim that Geissler had “lost his rag” and that the SNP had the BBC “in their pockets”.

The footage has been making the rounds on social media, with Galloway trending on Twitter at one point.

You can watch it for yourself below:

George Galloway getting VERY ANGRY in this car crash interview on the Nine tonight ???? (2) pic.twitter.com/O6bXA6YUb1