Buckfast gets you fucked fast, as the saying goes. Well, it can also get you minted fast if you’re a monk at Buckfast Abbey in Buckfastleigh, Devon. The Charity Commission tpday revealed Buckfast Abbey Trust’s income for 2014/15 was £8.8m – mostly coming from its wine. Monks at the abbey have been making Buckfast wine – known as […] 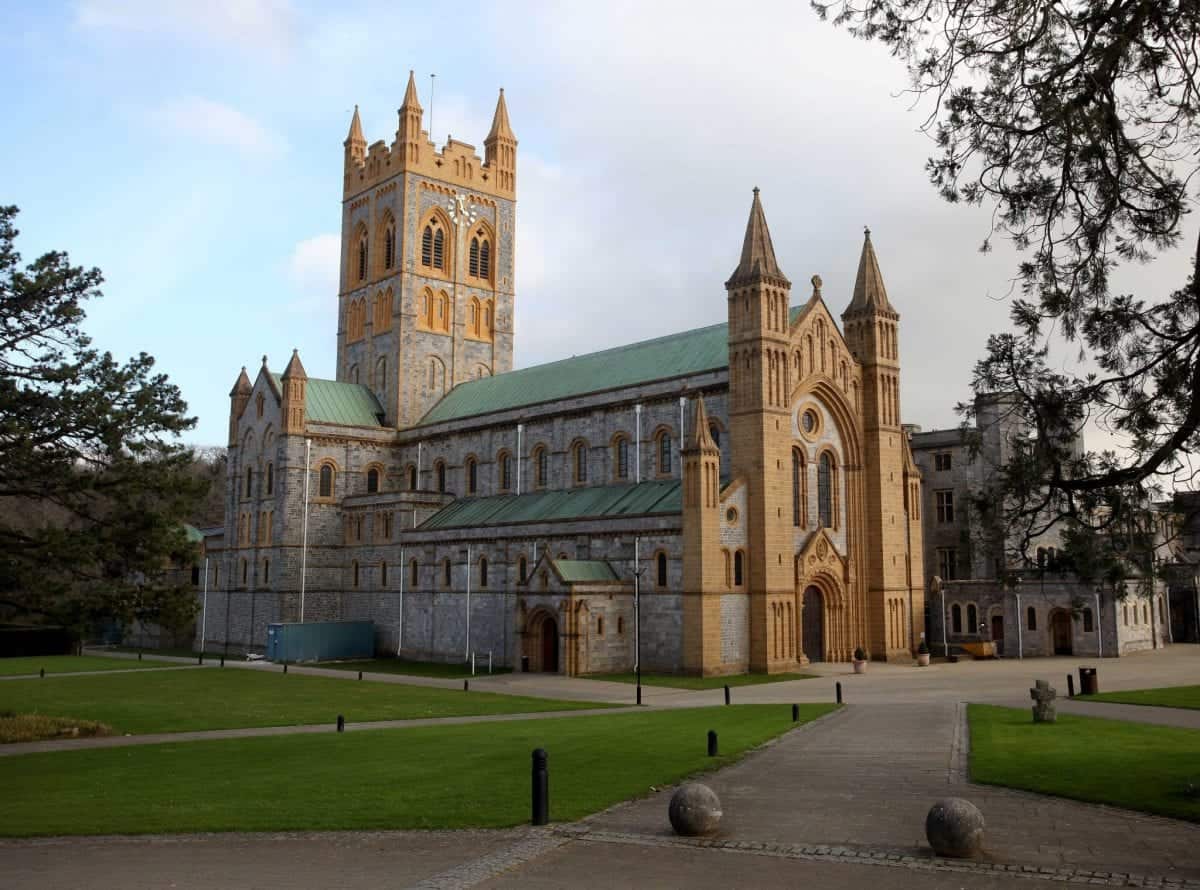 File photo of Buckfast Abbey in Devon. See SWNS story SWMONK; Monks who make a controversial wine linked to violent crime made nearly £9million last year. The Charity Commission, a government department that regulates charities, revealed that the Buckfast Abbey Trust's income was £8.8m in 2014-15 - and most of the cash came from wine sales. Monks at the abbey have been making a wine - known as 'buckie' - since the 1920s. But the caffeinated wine has been linked to antisocial behaviour and violence in Scotland - where over 6,500 crime reports were linked to the wine in the space of two years.

Buckfast gets you fucked fast, as the saying goes. Well, it can also get you minted fast if you’re a monk at Buckfast Abbey in Buckfastleigh, Devon.

The Charity Commission tpday revealed Buckfast Abbey Trust’s income for 2014/15 was £8.8m – mostly coming from its wine. Monks at the abbey have been making Buckfast wine – known as ‘buckie’ – since the 1920s. But thanks to Scotland’s love of the drink, their profits have soared of late.

The abbey trust is a shareholder in the wine’s distributor and seller, J Chandler, based in Hampshire, and gets a royalty fee for every bottle sold.

But it has been linked to antisocial behaviour and violence – particularly in Scotland – where over 6,500 crime reports were linked to it in in just two years. The abbey declined to give figures for income directly from wine sales, saying it was “commercially sensitive” and said its hotel and conference centre also contributed to the increase in income. But a spokesman for the medieval monastry in Buckfastleigh, Devon, said it was saddened by reports of violence.

They said; “The trust strives to work with J Chandler and Co to ensure that the tonic wine is marketed and distributed responsibly.

“The majority of people who drink the tonic wine do so responsibly,”

In recent years, wine has become the choice of drink for Scottish hooligans – known as ‘neds’.

“The Buckie made me do it,” has become the classic defence in Glaswegian assault trials. Police in Scotland and the Scottish Labour Party have previously tried to ban it and Dundee Sheriff Alastair Brown said recently that Buckfast is “something which is often seen as a feature of cases involving violence.”

Speaking after the sentencing of a man who smashed a bottle of the drink over the head of a boy, he said: “Someone who drinks two-and-a-half bottles of Buckfast is drinking something which is often seen as a feature of cases involving violence.

“I’m aware that the monks of Buckfast Abbey advertise this as something to be taken in moderation.

“The fact is that some people drink far too much of it and get violent.” Founded in 1018, the site was bought by a French Benedictine monks in 1882, who refounded a monastery on the site.

The drink has been made by the Benedictine monks of Buckfast Abbey in Devon since the 1920s and a new winery which has four vats, each holding 130,000 litres was built in 2011.

The base wine was first imported from Spain, and nowadays from France and ingredients include red wine, phosphates, caffeine and vanillin.