The ex-England captain is alleged to have told Azeem Rafiq and two Asian players: “There are too many of you lot." 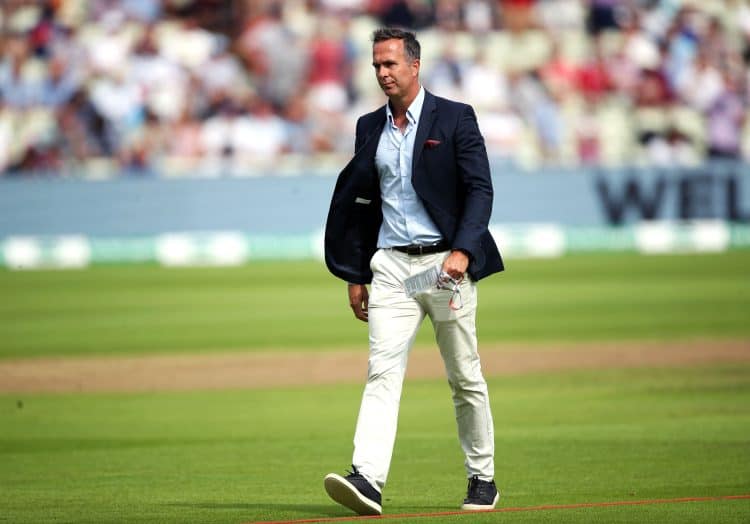 Michael Vaughan has been pulled from his BBC Radio 5 Live radio show after an Asian cricketer said he heard the former England captain make a racist comment while playing for Yorkshire in 2009.

Vaughan admitted on Friday that he is named in the 100-page report on claims of institutional racism at the county after allegations by Azeem Rafiq – who had two spells at the club between 2008 and 2018.

The BBC pundit said he was “gobsmacked” to appear in the report and denied allegations that he had suggested there were “too many” Asian cricketers in Yorkshire’s team.

Now the corporate has made an “editorial” decision to remove Vaughan from The Tuffers and Vaughan Cricket Show on Monday.

‘Too many of you’

Roger Hutton, the Yorkshire chairman, resigned over the club’s handling of racism allegations on Friday. The club was condemned by the ECB and suspended from hosting international matches at Headingley on Thursday.

Hutton told the BBC: “I never personally met anyone at Yorkshire in the 18 months I was there who I would consider a racist. I have seen a culture that finds it difficult to accept challenge and change.”

He added: “I’m sorry [Rafiq] didn’t have his allegations investigated in 2018. I’m sorry that it has taken so long. I’m sorry that ultimately the club has not shown the right contrition in relation to the findings and hasn’t found a way to move forward. So, an unreserved and profuse apology to Azeem.”

Writing in The Daily Telegraph, Vaughan said he had been asked to speak to the independent panel investigating Rafiq’s allegations that in 2009 he had said to the spin bowler and two other players: “There are too many of you lot, we need to do something about it.”

He wrote: “I completely and categorically deny that I ever said those words. I responded to the panel by saying that I was gobsmacked and that my professional legal advice was that I could not appear before a panel having had just a few hours’ notice of such serious claims made against me. Nothing at all was raised or said at the time of the game in question. It was not mentioned over the next 11 years until the night before I was asked to speak to the inquiry.”

ESPN Cricinfo reported on Friday that Rana Naved-ul-Hasan, who was the club’s overseas player at the time, had confirmed he heard Vaughan’s make the comments.

In a statement to The Times, the BBC said: “The BBC takes any allegations of racism extremely seriously. The allegation against Michael Vaughan pre-dates his time working for the BBC, we were not part of the investigation conducted by Yorkshire County Cricket Club and we have had no access to the subsequent report. However, we were made aware of a single allegation which Michael strongly denies and we have been monitoring the situation closely.

“We have made the editorial decision that Michael won’t appear as a presenter on 5 Live’s Tuffers and Vaughan Show on Monday. The show focuses on topical discussion around current cricketing matters and given his personal involvement, we need to ensure we maintain the impartiality of the programme.”