It comes as a judge told the government to rewrite its climate emergency plan to set out how they will achieve their emissions targets. 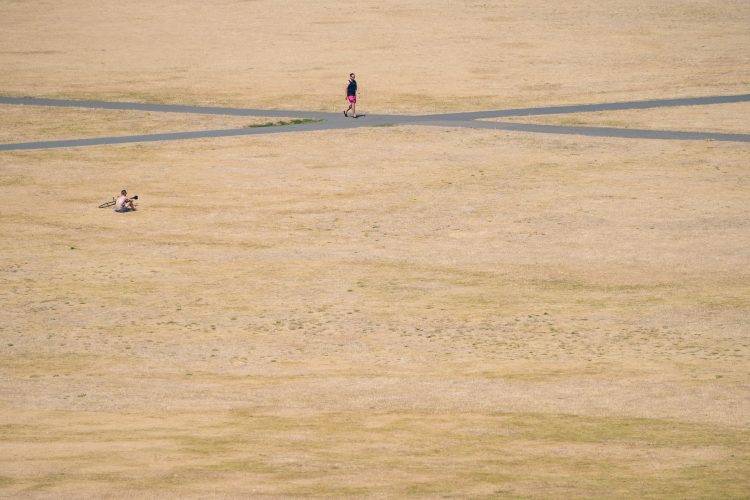 The papers are again consumed by the heatwave which caused havoc across much of the UK yesterday as Met Offices warn of worse to come in the days ahead, as well as the Tory race for premiership after Tom Tugendhat’s exit.

“Earth sends a warning,” the i says of temperatures which are expected to be even hotter on Tuesday, with a forecast map of Britain showing 41C in Yorkshire and Lincolnshire, and 40C in London.

The Daily Telegraph, Metro and the Daily Star all feature the same image of a police officer giving water to one of Buckingham Palace’s iconic Irish Guards during Monday’s sweltering heat.

Boris Johnson has been accused by Labour of “checking out” as Britain swelters in searing heat, The Guardian says, after the Prime Minister took a “joyride” in a Typhoon fighter jet and held a party at Chequers while colleagues held emergency meetings over the heatwave.

The Independent reports that on the first day of Britain’s first ever red extreme temperature alert a court ruled that ministers have failed to outline exactly how their net zero strategy will achieve emissions targets. The paper adds that this has dealt a “serious blow” to the Government’s climate change credentials.

The Daily Mirror and The Sun also feature scenes from Monday’s extreme temperatures with warnings over a worsening situation in the days ahead.

The remaining national newspapers cover the race among Tory rivals for premiership as the contenders were whittled down to four after Tom Tugendhat’s exit. The Times writes that the contest was “thrown wide open” last night as three candidates were left fighting to take on Rishi Sunak in the final run-off.

The Daily Mail adds to this, reporting that Penny Mordaunt’s bid has been “dramatically stalled” after she lost support among fellow MPs.

The Foreign Secretary is the focus of the Daily Express‘s coverage of the leadership contest as Liz Truss gained ground on second-placed challenger Ms Mordaunt “in a dramatic development”.

And the Financial Times reports that the turmoil in Government and exit of ministers who spearheaded talks with Softbank has caused the Japanese software developer to put on hold plans for a London listing of the tech firm Arm.