A consultant anaesthetist said hospitals have been working ‘very hard’ to prepare for what’s going to come. 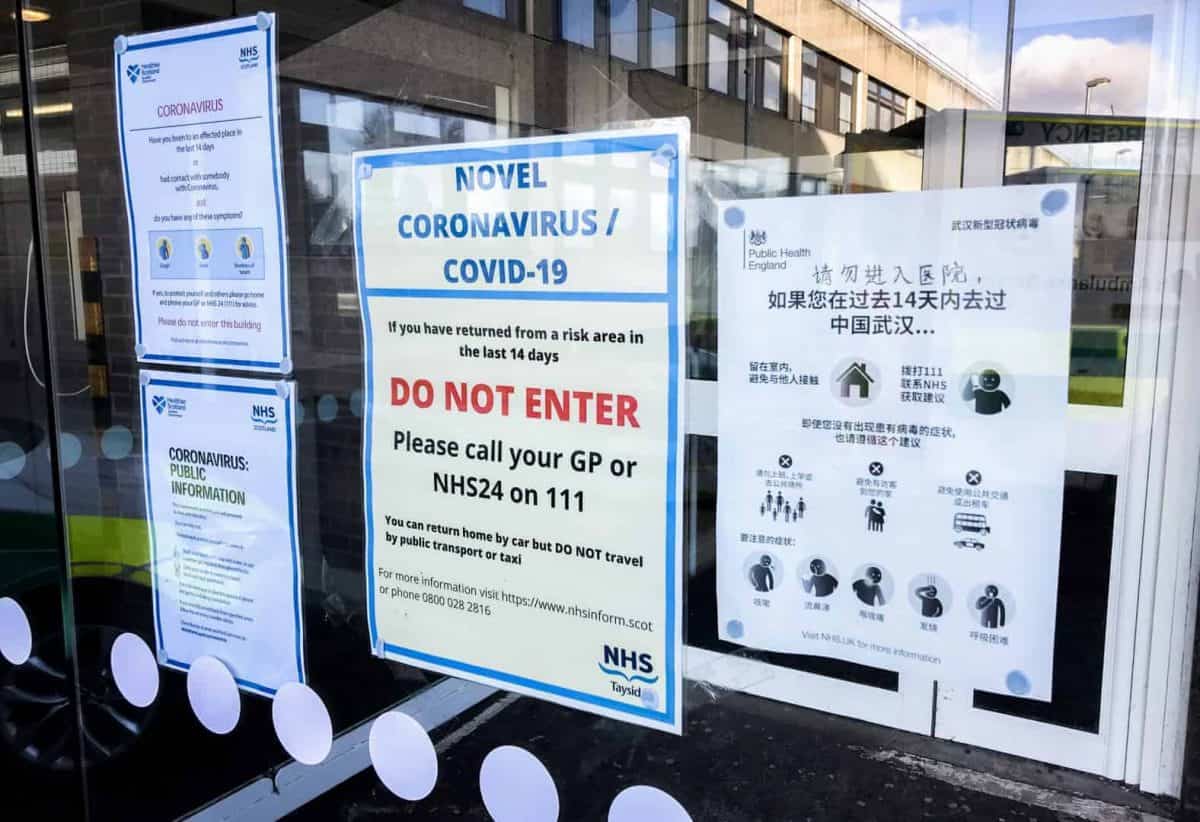 A consultant anaesthetist has told how medics are “deeply apprehensive” about a surge in Covid-19 cases and whether intensive care units will cope.

Dr Tom Dolphin, a spokesman for the British Medical Association (BMA) and a consultant anaesthetist at a central London teaching hospital, said it was likely that intensive care specialists will need to make difficult decisions on who to ventilate as pressure on beds and ventilators accelerates.

He said there was not enough personal protective equipment (PPE) for staff, despite Government assurances that it is on its way, and called for NHS staff to get tested for coronavirus.

“We’re looking at Italy with a great deal of anxiety”

In an interview with the PA news agency, Dr Dolphin said he will be working to intubate patients who need ventilation and carrying out initial assessments of coronavirus patients as they arrive at A&E.

Dr Dolphin said the UK had “advanced warning in the sense of what’s happened in Italy and China” and had been putting as many plans in place as possible.

He said: “We’ve been working very hard to prepare for what’s going to come, we’re trying to create more intensive care capacity where we can.

“We will use theatres, recovery rooms, any wards where we can get ventilators to.

“But that’s just the ventilated patients. Then you need to think about what to do with all the patients who don’t need ventilation, who just need oxygen.

“We’re looking at Italy with a great deal of anxiety and trepidation because they’ve got a well-funded health service and they are really struggling.”

The NHS is “not starting from a great base”

He said the NHS was “not starting from a great base” in terms of its number of beds and funding shortfalls in recent years.

But he said the response within hospitals has been “unprecedented as well… everyone has got a can-do attitude, the things that hold up change in a big organisation, those barriers are not there, they are evaporating”.

He said his own hospital was “struggling with supplies of PPE”, adding: “It’s happening everywhere.

“Hospitals have it slightly better than general practice, but the ambulance service are really struggling as well to get enough PPE.

“The Government says it’s coming but it’s not all out there. It’s in very short supply.”

He said healthcare workers were putting themselves at risk and if staff go sick, the workforce is compromised.

“People are catching coronavirus from their patients, we already know they are, staff are going down with it around the country,” he said.

“The Government needs to get on top of that and sort out PPE.”

Dr Dolphin said some hospitals in London have been struggling with the numbers of patients and had made transfers to intensive care units at other hospitals.

“Like any epidemic, there are hotspots, some hospitals have had to transfer patients out to other intensive care units,” he said.

“What we do in A&E is that patients come in very sick and then we put them to sleep with an anaesthetic, put the breathing tube down, start the ventilation, do the things that need doing and then they need to go to intensive care for about eight to 10 days.

“That’s a long time in intensive care and that in itself is a problem because that bed is then tied up for eight to 10 days.”

He said it was not unusual for hospitals to share intensive care capacity but that Covid-19 is increasing the pressure.

“We always run very lean in the NHS so we’ve been transferring patients around anyway depending on need,” he said.

“About six months ago in my hospital, we would transfer a patient about once a week to another hospital because we don’t have a bed.

“But having three or four patients a night, that would be an unusual number.

“But that is what it’s going to be like for the foreseeable future because capacity is going to go up and down in different places.

“We’re going to get to the point where we are really running out of capacity and that transfer ability is going to be difficult to do anyway because nowhere else will have anywhere either.”

The medic said it was likely there would come a point where decisions have to be made between patients who could all potentially benefit from ventilation and intensive care.

“The decisions for intensive care is always and always has been, who is likely to benefit from it,” he said.

“Intensive care in itself can be quite a tough experience for the patient, it’s not pleasant, and if they are not going to benefit from it, why put somebody through that?

“But we’re going to find ourselves at the point where decisions are going to get harder and harder.

“We’re going to have limited resource, and rather than being able to offer it to everybody who needs it, we are probably going to have to prioritise between the people who are going to benefit from it as well.

“It won’t be on age and it never has been, it will be on chance of survival.”

“The surge is beginning, we are pretty much out of time for that capacity to come online,” he said.

Asked whether there would be enough beds, he added: “My hospital is managing at the moment but it’s getting tight and the surge is only just beginning so we are deeply apprehensive. We need everybody out there to stop socialising.

“Social distancing is going to save lives.”

He said most people taken ill with Covid-19 could manage at home and should only seek help via 111 or 999 if they need it.

“It’s going to be unpleasant, it’s like a really bad flu, but what we need is for people not to turn up to the hospital or the GP surgery,” he added.