The stunt took a turn for the worse... 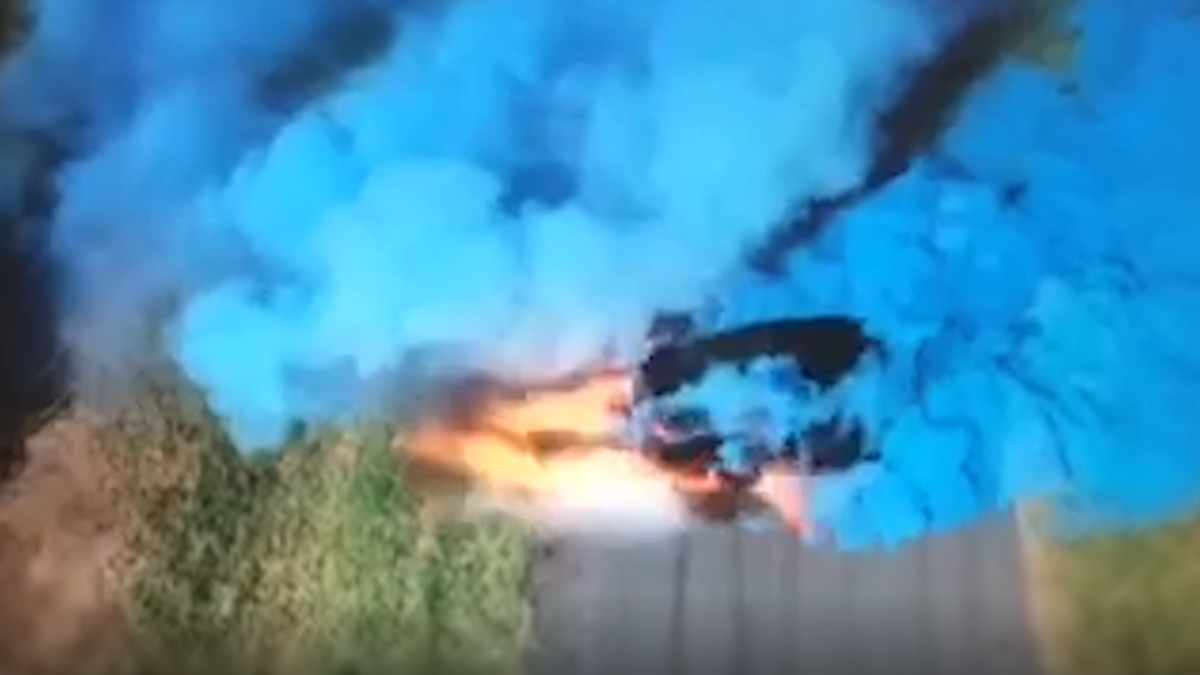 The Holden Commodore was filmed doing “burnouts” on a rural road in Australia, causing clouds of blue smoke to billow from the tyres.

Unfortunately, rather than being a light-hearted way of revealing that expectant parents will be having a baby boy, the stunt instead turns much more dangerous.

After driving a short distance, the car suddenly sets alight, leaving panicked onlookers rushing to pull the driver from the front seat.

A 29-year-old man was later convicted of one count of dangerous operation of a motor vehicle.

The incident happened on April 18 last year on the Gold Coast, south of Brisbane, but Queensland Police have released the footage in a bid to deter others from similar stunts.

Gender reveal parties have become the latest craze for parents-to-be to share the happy news of whether they will be having a boy or a girl.

But it is not the first time a gender reveal has taken a turn for the worse.

Last year video was released of a party in Arizona, US, which caused a 45,000-acre fire.

The blaze, near Green Valley in Arizona, was started by an off-duty border patrol agent who was attempting a stunt in which he shot a rifle at a target in the middle of a grassy area.

Blue smoke was emitted but the sparks ignited the dry grass all around the target and the flames quickly fanned.

The fire caused more than eight million US dollars’ worth of damage.